Secrets in 2,000-Year-Old Scorched Scrolls of Herculaneum to be Revealed with New Tech 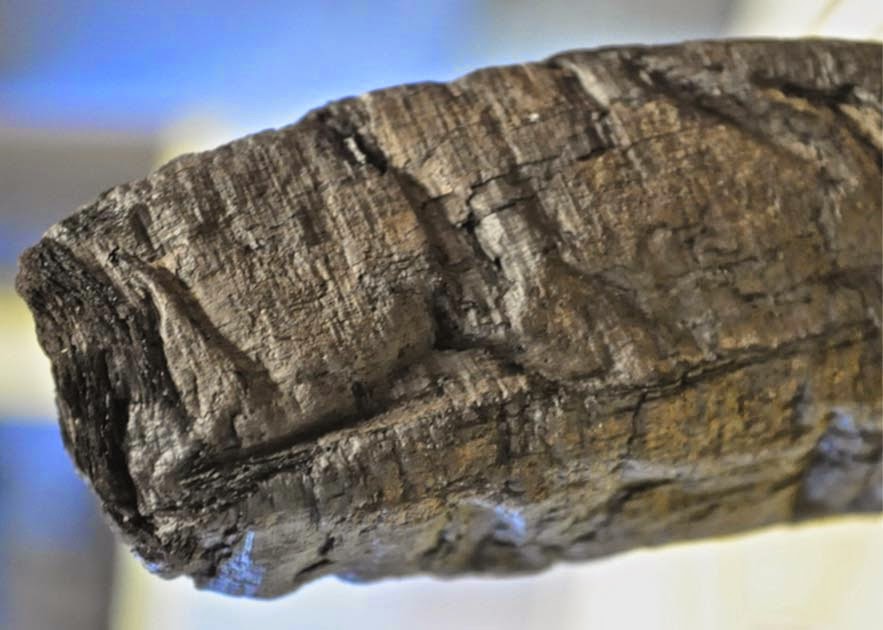 This is really great news.  when i first heard about these charred scrolls, i had hoped that there might be a way to recover the data.  Of course it would actually be asking too much to recover a scroll we actually want.

So much was lost.  At least a thousand years of records disappeared into first the fall of the Western empire and ultimately the loss of the libraries of Alexandria and Byzantium.  Thus we must accept every scrap.

Hopefully many other abandoned hoards will be found particularly as everybody knows these are sought and will be rewarded.  We certainly have never found a fraction of what is likely hidden away.  .

Secrets in 2,000-Year-Old Scorched Scrolls of Herculaneum to be Revealed with New Tech

An enormous wealth of knowledge locked within hundreds of ancient papyrus scrolls scorched by the eruption of Mount Vesuvius in 79 AD, may now be revealed thanks to new technology which may enable the texts to be read.

The new technique, published in the journal Nature Communications, involves a type of X-ray phase-contrast tomography, which enables letters to be highlighted based on their slightly raised height on the papyrus. So far, six scroll

“Both the Roman city of Pompeii and the nearby, wealthy seaside town of Herculaneum were wiped out when Mount Vesuvius erupted in A.D. 79, killing thousands of people and covering fine villas in ash and lava,” writes Live Science.

In the 1970s, workers uncovered a library in a villa thought to be the home of a Roman statesman, or even Julius Caesar's father-in-law, Lucius Calpurnius Piso Caesoninus. The site, now known as the Villa of Papyri, was excavated by archaeologist Karl Weber between 1970 and 1975 by means of underground tunnels. It was found to contain nearly 2,000 ancient papyrus scrolls, the ‘Herculaneum papyri’.

Villa of the Papyri at the archeological site of Herculaneum (Wikipedia).

At the time of the eruption of Vesuvius, the precious library was packed in cases ready to be moved to safety when it was overtaken by pyroclastic flow; the eruption eventually deposited some 20–25 m of volcanic ash over the site, charring the scrolls but preserving them— one of the few surviving libraries of Antiquity.

According to British linguist and palaeographer David Diringer, more than 340 of the scrolls are almost complete, about 970 are partly decayed and partly decipherable, and more than 500 are completely charred.

Many of the scrolls were preserved enough to be completely or partially unroll, leading to hundreds being deciphered and published. It was found that the library was of a mainly philosophical character, possible collected by the Epicurean Philodemus of Gadara. Followers of Epicurus studied the teachings of this moral and natural philosopher. This philosophy taught that man is mortal, that the cosmos is the result of accident, that there is no providential god, and that the criterion of a good life is pleasure and temperance.

Herculaneum Papyrus 1428: Philodemus, On Piety (Friends of the Herculaneum Society)

Despite the success in unravelling and reading many of the scrolls, there still remained hundreds of scrolls in which the internal structure was too compact and fragile to unroll. Furthermore, the fact that they had been written with carbon-based ink, which have a much lower contrast to the blackened papyrus than inks with metallic bases, made them impossible to read.

A team of scientists from the National Research Council in Naples, Italy, therefore developed a new technique called X-ray phase-contrast tomography. “Because the letters on the papyrus are slightly raised in height, the waves of X-rays that hit the letters would be reflected back with a slightly shifted phase, compared with the waves that hit the underlying material,” reports Live Science. “By measuring this phase difference, the team was able to reproduce the shape of the letters inside the rolled scrolls.”

So far, the team has analyzed six scrolls that are currently now housed at the French Institute in Paris. While the decipherment of the words in the innermost layer is still proving to be extremely challenging, the research team has been able to decipher at least some of the Greek letters and words written inside the charred scrolls.

Jennifer Sheridan Moss, a papyrologist at Wayne State University in Detroit and the president of the American Society of Papyrologists, said the new technique holds promise for deciphering other burnt papyri as well.

"Most people now believe there is a whole other library under there in that Villa of the Papyri," Moss told Live Science. In Roman times, most libraries held Greek collections and Latin collections in separate areas. Since all the scrolls found to date are written in Greek, it has been suggested that there may be another entire collection written in Latin. Archaeologists are continuing to excavate the villa, though at times hindered by noxious gases released from the ground.

"We could easily find more things that are in bad shape like this, and then the technology could be applied to them," Moss said.

- See more at: http://www.ancient-origins.net/news-history-archaeology/secrets-2000-year-old-scorched-scrolls-herculaneum-020175#sthash.Jp37wlqG.dpuf
Posted by arclein at 12:00 AM