The Sacred Omphalos Stone, Navel of the World and Communicator of the Gods 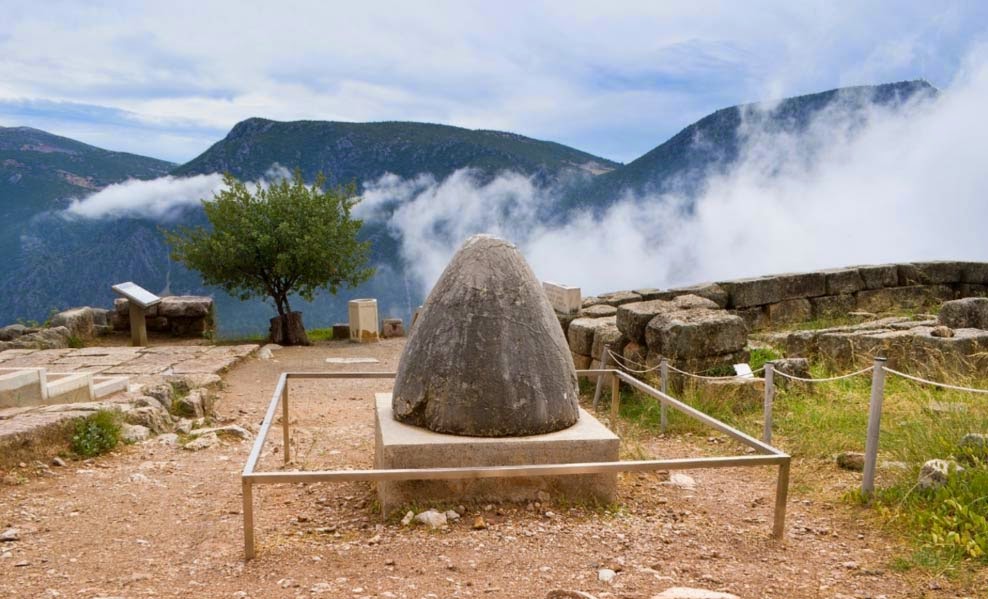 We really lack corroboration, but I suspect that these sacred stones were likely ring stones which vibrated to produce a tone establishing the stone's highly ordered internal structure.  What i think happens is that a person resting his head upon such a stone will find his third eye opened more readily allowing him a superior form of spiritual communion.


Certainly the associated legend conforms to just that.

Again we have the stone rings in So Africa formed from ring stone made of hard quartzite that i have suggested as the remnants of the original Garden of Eden.  These unusual stones may allow mind to mind communication particularly with potential animal threats. .

The Sacred Omphalos Stone, Navel of the World and Communicator of the Gods

An omphalos is a powerful symbolic artifact made from stone. Considered the ‘navel of the world’, the central point from which terrestrial life originated, an omphalos was an object of Hellenic religious symbolism believed to allow direct communication with the gods.

In Greek mythology, it is said that the titan Cronos devoured his children as soon as they were born, due to his mother’s prophecy that he will be overthrown by his own children. Although Cronos managed to devour his first five children, his wife, Rhea, sought Gaia’s help to devise a plan to save the sixth child, Zeus. As a result, Zeus was hidden in a cave on Mount Ida in Crete and escaped being eaten by his father. In the meantime, Rhea wrapped a stone in swaddling clothes and gave it to her husband, who promptly swallowed it, thinking that it was his son. When Zeus had grown up, he forced his father to disgorge the contents of his stomach using an emetic. The stone came out first, followed by Zeus’ siblings. When the help of his brothers and sisters, Zeus defeated the Titans and became the new king of the gods. The story of the stone, however, does not end there.

In another Greek myth, Zeus is said to have released two eagles at opposite ends of the world, and commanded them to fly across the earth to meet at its centre. It was at Delphi that the two eagles finally met, and Zeus placed the stone under the glens of Mount Parnassus as a sign to humanity. As this stone is placed at the centre of the earth, it was called the omphalos stone, the meaning of omphalos being ‘navel’. A later legend states that the god Apollo slayed the great serpent Python so that he could establish his oracular temple at Delphi, and that the omphalos marked the exact spot where he slayed Python. This myth may sometimes be found on ancient coins which depict an omphalos stone with a serpent wound around it. 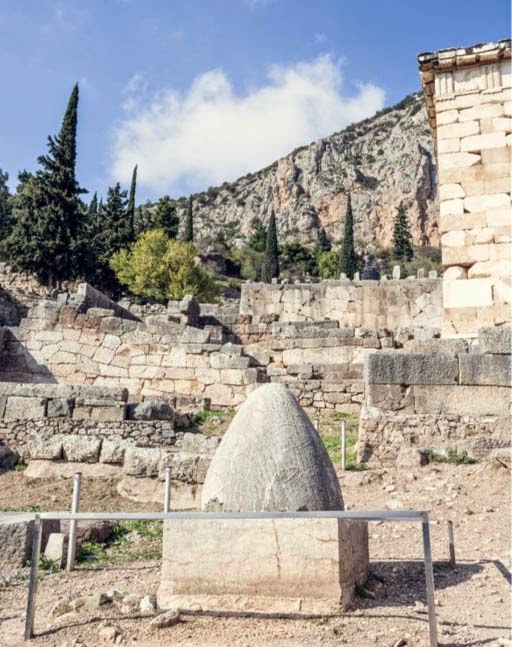 Navel of the world at the Temple of Apollo, Delphi, Greece. Credit: Anze Bizjan / BigStockPhoto

Another type of omphalos stone is the baetyl, which were sacred stones found in various places in the ancient Levant. Rather than marking the centre of the earth, baetyls were more closely associated with the divine. It is unclear, however, whether the baetyls were themselves objects of worship or aniconic symbols of divine presence. The word baetyl may have originated in the Punic ‘betel’ or Semitic ‘bethel’, both meaning ‘house of god’. According to some ancient authors, these baetyls were believed to be meteorites. One of the most well-known baetyls in the ancient world was the baetyl of Emesa. During the reign of the notorious Elagabalus, the baetyl of Emesa, which was a black stone sacred to the god Elah-Gabal, was brought to Rome and installed as the head of the Roman pantheon. Prior to becoming emperor, Elagabalus was a priest of Elah-Gabal, hence his decision to elevate the status of the god he served. On coins, the stone is shown to be smooth, and an eagle is sometimes shown in front of or on top of the stone. Coins from Ealagabalus’ reign also show the baetyl in ceremonial procession, perhaps depicting the sacred stone’s entry into Rome. 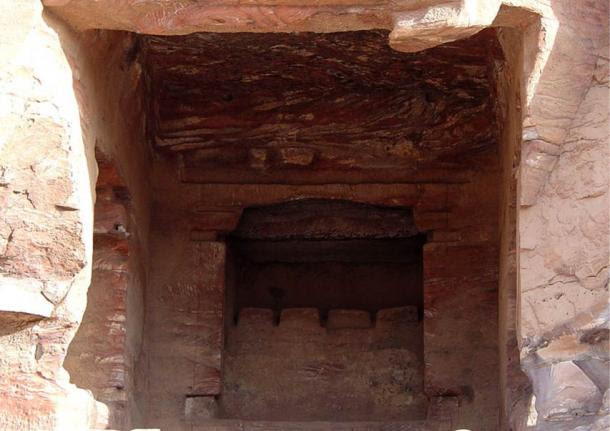 This niche in the vicinity of the Urn tomb contains a row of four baetyls ("god blocks") for worship, Petra, Jordan (Wikimedia Commons)

Featured image: The famous Omphalos considered to be the center of the Universe for ancient Greeks, Delphi, Greece. Credit: efesenko / BigStockPhoto