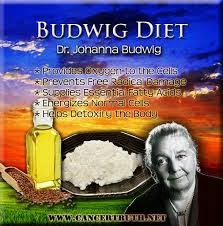 
“I have the answer to cancer, but American doctors won’t listen. They come here and observe my methods and are impressed. Then they want to make a special deal so they can take it home and make a lot of money. I won’t do it, so I’m blackballed in every country.”

Dr. Johanna Budwig left us in 2003, at the age of 95. This German doctor was nominated six times for the Nobel Prize for medicine, which means that it would be wise to take her health work seriously. We call her a saint, but doctors-in-the-know thought of her as a god. She cured cancer in “terminally ill” patients; even patients which the establishment had surrendered to fate, claimed were “untreatable”, and had given a death sentence to. She did not just cure specific or rare types of cancer. She cured all types of cancer, and she did it relatively quickly, cheaply, easily, and permanently; using only non-toxic ingredients, which had no side-effects. Her medicine actually made her patients stronger, and her cure rate was over 90%, including the worst terminal cases. Dr. Budwig’s successes greatly contrast the fact that the life-long cure rate from standard procedures averages less than 4%, and that the standard therapies themselves are known to cause future cancers.


Dr. Budwig’s secret weapons against cancer were quark cheese and flax seed oil. She quickly became enemy #1 to the pharmaceutical and nuclear industries. They have been so effective at suppressing her work, that for many of our readers, this will be their first instance of learning of her Budwig Protocol. Her bombshell findings were first published in the early 1950’s. Yet they are still being censored today in most countries.


“As a chemist trained to interpret data, it is incomprehensible to me that physicians can ignore the clear evidence that chemotherapy does much, much more harm than good.”

— Alan Nixon, Ph.D., Past President of The American Chemical Society

The Cancer Industry is Built Upon Lies

First and foremost, cancer is not merely an outbreak of tumors. The orthodox establishment apparently considers them to be the same, but it would be a waste of time and space to go there. For now, we shall simply state that endorsing perpetual treatments to create life-long customers is the overall agenda of policy makers, instead of curing. A dead patient is not profitable, nor is a healthy patient. The big money is made somewhere in the middle, in patients who are alive, but just barely. The reason why they will never find a cure is because they are not looking for one. Curing would eliminate the cash flow, and this industry is so profitable that it is the 5th leading cause of bankruptcy in the United States. Any researcher who found a cure would quickly find himself looking for another job, and at some level, all of them know it. Cancer is the most profitable condition in medical history, and the establishment intends to keep it that way.

Cancer is essentially a modern man-made epidemic from the food and chemical industries, which tend to be one in-the-same. There is some evidence that cancer existed in ancient history, but cancer was extremely rare in ancient times, except in cities with cases of mass heavy metal poisoning (again, man-made).

Cancer is expected to strike one person out of every three born, and this rate is rising rapidly. It is painfully obvious that there is something very corrupt about the industry, when cancer is supposedly treated by the three things that most reliably cause it: radiation, poison, and malnutrition. In fact,properly prescribed medicine is the 3rd leading cause of death in the United States according to the death census (not even counting the mistakes), and the treatments are responsible for most deaths which are attributed to “cancer”, which is the 2nd leading cause of death. Doctors never discuss the real statistics, because in 96% of cases the treatments will greatly reduce a person’s life span, and most patients will not live longer than five years. This data, which doctors keep private is why surveys show that most oncologists would refuse their own treatments if they had a cancer themselves. While well-meaning people continue to walk for the cure, the industry that they are supporting is still murdering their friends for profits. We are hoping to give our readers a greater than 4% chance.


The Unholy Trinity of Cancer


Toxins, radiation, and acidosis (from pharmaceuticals and malnutrition) are the unholy trinity of cancer. Acidosis is the final stage of this misunderstood condition. An astute reader will have noticed that these things are caused by the medical establishment itself, even in its supposedly valiant fight against cancer. When a person’s body chemistry becomes acidic from the aforementioned factors or modern medicine, then his blood’s ability to retain and carry oxygen is severely diminished. Healthy individuals have a blood oxygen level of between 98 and 100 as measured by a pulse oximeter, but cancer patients routinely show only 60. Oxygen is replaced in a cancer patient’s blood by wastes such as carbon dioxide. The oxygen starvation caused by acidosis leads to the formation of tumors as cells must mutate to derive their energy from a fermentation process. Normal cells obtain their energy from oxygen respiration, but oxygen-starved cells must mutate for survival, in order to utilize a type of direct sugar fermentation, which is the body’s self defense. This is not as biochemically “clean” as oxygen-based energy, and the waste products of fermentation build in the tissues causing even higher toxicities. This leads to even more acidosis and cellular oxygen starvation. Eventually, the entire immune system is debilitated by the process of cleaning the waste products, so that it can no longer cope with the removal of unhealthy cells. This allows the cancer cells to multiply even faster and to spread unchecked, creating the symptom of tumors, which is in the latter stages of the cancer process. 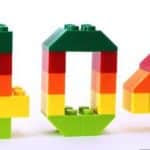 
The secret to beating cancer is that life-giving breath of God: oxygen. Technically, it is not so simple but it is almost that simple. The real trick is getting the oxygen into the deep tissue cells, and getting the cells to ‘eat’ it again. Dr. Budwig’s regimen is just one of many for stimulating this. Most cancer cures (not treatments) involve adjusting the body’s pH beyond neutral, and into an alkaline state. In the alkaline state, human blood is especially rich in oxygen, and this same oxygen is poisonous to mutated cancer cells. Oxygen is, of course, harmless to people who are eating a healthy diet full of anti-oxidants. Whilst mocked by the cancer industry, the generalized anti-cancer alkalizing protocols have varying degrees of effectiveness, and merit further inspection.


Dr. Budwig found ways to oxygenate patients better and faster than other therapies. Her results were catapulted past those of other alternative therapies by utilizing a solution made from common flax seed oil and quark cheese. She discovered that the so-called “healthy” (fat free) diets were a huge part of the problem. Her regimen eliminated damaging fats and foods from the diet that cause cellular oxygen starvation, and replaced them with healing foods, and life-saving essential fatty acids. Along with diet, she emphasized the benefits of sunlight, the natural source of the anti-cancer vitamin D3, and the elimination of personal issues for stress reduction.


“Without these fatty acids, the respiratory enzymes cannot function and the person suffocates, even when he is given oxygen-rich air. A deficiency in these highly unsaturated fatty-acids impairs many vital functions. First of all, it decreases the person’s supply of available oxygen. We cannot survive without air and food; nor can we survive without these fatty acids. That has been proven long ago.”

When Johanna was promoting omega-3 supplementation, it was a new and novel concept. The mainstream establishment berated her theories and research papers about the omega oils. Mainstream promotion of the need for omega-3 only occurred decades later, toward the end of her life. She has now been vindicated, and that area of her research is now well-established.


There are two stages of the Budwig Protocol. One of them is a natural medicine, which is a blend of something containing high amounts of sulfur proteins, and flax seed oil to provide safe omega-3 in appropriate levels. Fish oil is avoided because there is a high risk of impurities, it requires heavy industrial processing, and it will dangerously upset the balance of the omega oils further. Fish oil is almost always rancid by the time it reaches retailers, which means that it is actually carcinogenic. Dr. Budwig discovered that the body will synthesize omega-3 from flax seed oil in the exact quantity that it needs, and in the proper ratio with other omega oils. This food-based medicine is normally taken orally, but in the most terminal cases, Dr. Budwig was also known to have given pure flax seed oil in enema form. The other stage of the Budwig Protocol is the special diet. Dramatic results are usually seen within 90 days, and sometimes within a week. Patients should continue the regimen for a minimum of 6 months, regardless of a lack of symptoms.

The primary medicine is mixed together, and taken orally once a day at bare minimum.  It should be stirred with a wooden or plastic spoon.  Wood is ideal, and metal should never be used.
Optional

Only three of Johanna’s books have been translated into English. There are six books that are still only available in German. The English books are listed below.

Read more at http://www.the-open-mind.com/the-industry-suppressed-budwig-protocol-or-how-to-cure-cancer-with-cottage-cheese/#RuFwlWTEjc7lQceV.99
Posted by arclein at 12:00 AM

Three causes of Cancer. Chemical poisoning, Radiation poisoning and parasite infestation. They all do the same thing. Create an acid environment thus minimizing Oxygen uptake. Bile is the key ingredient for calcium uptake in the colon. Calcium is the main mineral alkalyzer for bodies. Omega 3's & 6's are essential for transporting calcium to the cells and for the cells to absorb O2. Thus a congested liver inhibits bile availability in the colon, which in turn inhibits calcium uptake, which in turn acidifies the body, which in turn creates the cancer. All possible by chemicals slowing liver function (bile production). Carcinogens. Parasitic infestation is a rather recent addition to the equation. Clark 1993. The literal presence of the parasite in the liver plugs the pathways for bile release. Thus elimination of the parasites is one of the keys to defeating cancer. Kill the bugs, decongest the liver and get the good oils going in and the cancer CANNOT exist. No sense treating the cancer. Its the end phenomenon. Excellent article, Thanks for posting. Doc