The Interview’ Film You Haven’t Heard Of But Should 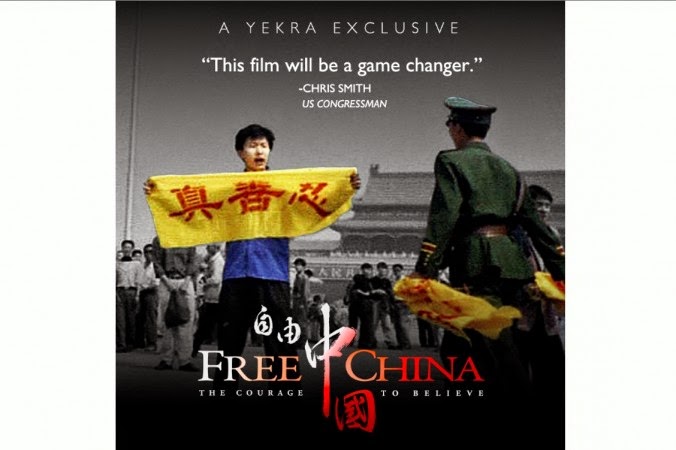 For those who do not get it, truth and compassion and tolerance is the first serious step that takes you on the spiritual path hinted at by religion and all that.  Without that first rather subtle step it is almost impossible to open your mind to interface spiritually.

Thus another film highlighting these ideas will hardly  resonate among those who adhere to a material interpretation however wrong.  They need to impose and intimidate and enforce a form of mental slavery to sustain their vampire life way.

In the end all those material dreams of empire must fall away and will.  This is in a tradition of continuous resistance until something gives and the avalanche washes out the dams of state resistance.

The Interview’ Film You Haven’t Heard Of, But Should

There’s a recent film produced stateside by an American director that has angered a communist nation to the nth degree across the seas.
It underscores all the reasons to have freedom of speech, freedom of press, and is at the core of all the discussions you have heard across the web and social media.

It is a part of the reason why many emails and computers, here in the United States have been hacked and why corporations have been pressured to distance themselves from the subject matter.


The interesting thing is, you actually might not know the name of the film.


“Free China: The Courage to Believe” is a documentary film about Chinese-American Charles Lee and a biochemist from Peking University Jennifer Zeng who endured torture and imprisonment by the Chinese Communist Regime.

Why were they tortured and imprisoned?


Well, while it might sound surprising, these two individuals were tortured, imprisoned, and almost killed simply for their belief.


This is the plight of the Falun Gong. Three simple words—truth, compassion, and tolerance—is what they stand for, what they try to adhere to, but inside China it is illegal to practice this belief and meditation.


‘Free China’ has won over a dozen international film awards and has been screened over 1,000 times all across the world. Now the film is available for digital rental and purchase, through Yekra (visit HelpFreeChina.com to rent or buy the film).


Film director, Michael Perlman, and producer, Kean Wong, teamed up after meeting, and quickly set on a course for telling this much needed tale of courage. They both firmly believe that if the Chinese regime opens to Falun Gong, it will have great positive impact on Chinese society.


“I think that is why the Falun Gong issue is so critical, because if truth, compassion, tolerance and other beautiful spiritual practices out there are allowed to spread, then the morality of the entire nation can revive itself,” said Wong.


“If individuals and families are given the freedom to live a moral life so that the society they are a part of is one that embraces and cherishes moral values, that is what China needs,” he added.


Perlman says he directed the film with the hope that it could bring about change in China, and actually strengthen a nation.


“History is on the side of freedom around the world,” said Perlman.


“And it’s something that all of us together, both in the United States, and around the world, individually and collectively, can work and make it happen.”


Views expressed in this article are the opinions of the author(s) and do not necessarily reflect the views of Epoch Times.
Posted by arclein at 12:00 AM