There are plenty of things wrong with our legal system that needs to be righted. It is not even impossible. However what we have here is deliberate prepositioning rigged arbitration in order to exclude all forms of legal recourse. It is actually a license to swindle and steal with impunity and too sharp by far. 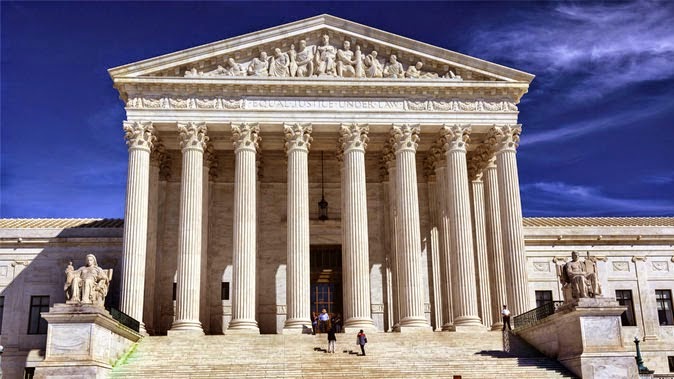 
Now the court system is just as suspect for exactly the same reasons. Yet the judge is independent and can be capricious in the victim's favor as well. This minor aspect of uncertainly has been eliminated here..


WASHINGTON—Having one’s day in court is a popular, colloquial expression in America. We take for granted our right to equality of the law before an impartial judge and jury.

However, most Americans are unaware that for everyday disputes arising over the necessities of life—credit cards, purchasing an automobile, employment contracts, investments, mobile phone service—having one’s day in court has become a thing of the past. Why? Because virtually all of us gave that right up when we signed contracts with forced arbitration clauses that waive the right to take a claim to court.


These clauses are usually buried in the fine print of contracts setting forth the conditions of service.


The vast majority of Americans have no idea of the rights they have supposedly given up in fine print contracts.

“Whether it is a credit card agreement, Netflix, Verizon, nursing homes—almost everything we buy or purchase—is governed by a contract, which has the fine print language that essentially bars us from going to a state or federal court to get some hearing for the problem,” said Nan Aron, president of Alliance for Justice, a national association of over 100 public interest and civil rights organizations.