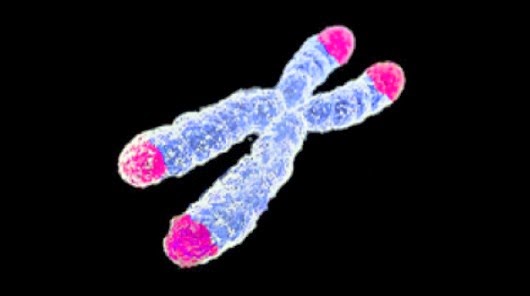 This is very promising inasmuch as it cranks you back by several years at least.   Thus treatrment every decade could largely stabalizethe aging procesx to the extent of almost stalling it.  This can be hugely beneficial.

It also appears measurable as well. thus you know if you are benefiting.  What is certain is that the process by acting to stabilize also postpones further damage.  That will be good enough as improvements are also coming along and that buys the needed time for most.

Everyone alive today does have the prospect of life extension been available.  Better the probability of delivery is improving every month.

Researchers at the Stanford University School of Medicine have developed a new procedure to increase the length of human telomeres. This increases the number of times cells are able to divide, essentially making the cells many years younger. This not only has useful applications for laboratory work, but may point the way to treating various age-related disorders – or even muscular dystrophy.

Telomeres are the caps at the ends of our chromosomes that protect the DNA code of the genome. Linked to aging and disease, they are 8,000 to 10,000 nucleotides long in young people, but this decreases as we age (a nucleotide is an organic molecule that is a subunit of nucleic acids DNA and RNA). The researchers have found a way to lengthen a telomere by 1,000 nucleotides, which Dr. Helen Brau, professor of microbiology and immunology at Stanford, says is the equivalent of "many years of human life."

Telomeres shorten each time a cell divides and at a certain point, when they reach a critical length, the cell can no longer divide and will die. Their limited lifespan means that growing cells in laboratories can be tricky, given there can only be so many cell doublings before they give up the ghost. Telomere function in humans has been linked to many diseases and they have been studied for decades, often in the hope of better understanding or delaying the aging process.

Cells treated with Stanford’s procedure multiply in a similar way to much younger cells, compared with untreated cells of the same age. According to the researchers, skin cells with telomeres lengthened by the procedure were able to divide around 28 more times than untreated cells, while muscle cells divided about three more times. With this new procedure, which uses modified RNA, many more cells can be easily generated for study and drug development or disease modeling.

The “modified messenger” RNA contains the coding sequence for the active component of telomerase, called TERT. Telomerase is the enzyme that rebuilds telomeres and stem cells, including those that give rise eggs and sperm, express the enzyme at a much higher rate than other kinds of cells. Essentially, the RNA is a kind of genetic carrier pigeon in that it carries instructions from the DNA’s genes to the cell’s protein-making areas. Interestingly, in previous work Dr Blau found that the muscle stem cells of boys with Duchenne muscular dystrophy had far shorter telomeres than those not suffering from the disease.

Although application of this RNA initially causes telomeres to lengthen, within 48 hours they once again begin to shorten as cells divide. This is a good thing, however, as cells that divide endlessly could pose a increased cancer risk if used in humans.

Just three applications of the modified RNA over a short space of days can increase telomere length in muscle and skin cells.

"Our technique is nonimmunogenic," said postdoctoral scholar John Ramunas. "Existing transient methods of extending telomeres act slowly, whereas our method acts over just a few days to reverse telomere shortening that occurs over more than a decade of normal aging. This suggests that a treatment using our method could be brief and infrequent."

Researchers are now testing the technique on other types cells and may try to treat accelerated aging disorders or target types of muscle cells in cases of Duchenne muscular dystrophy, or even heart disease.

The team's paper was recently published in FASEB Journal.
Source: Stanford University
Posted by arclein at 12:00 AM