Pets and the Afterlife 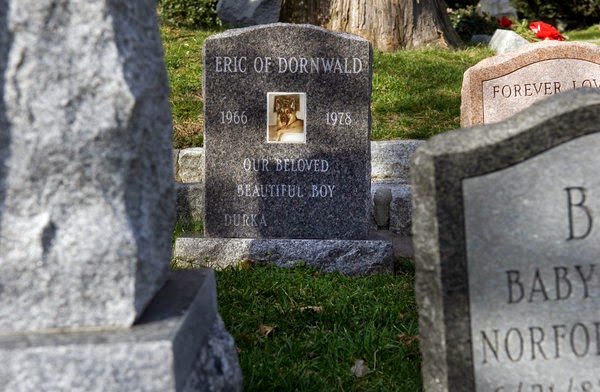 Now that we have gotten over the shock of understanding that the spirit just happens to be physically real and that all life itself has a spirit form with a soul acting as its perfect pattern, it is time to tackle the next step.  A human being has a large scale cognitive content that separates it massively from all other Earth based lifeforms.

Yet the spirit of all creatures have at least the nugget of such content that does suggest the possibility at least of a transition into a higher life form.  Yet why would this grace be ever provided?  Obviously a well loved pet would rank high and plausibly be promoted by the human spirit.

We know that ancient traditions claimed that the trip up or down such a chain was much more volatile but i really cannot see now.  I see a notching up or down instead.  What we lack though is any reports of actual transitions like this.  Since we have been getting just about every other type of report, the effect must be extremely rare if it exists.

It has been observed that animals lose the will to live if they are spiritually uplifted.  That is all that we know though.
.

From Seminary to the Cemetery, Fascination Persists Over Pets and the Afterlife

In December, Pope Francis got the attention of pet owners everywhere when he was quoted as saying, “Paradise is open to all of God’s creatures.” Alas, media outlets, including The New York Times, confused the remarks and the circumstances under which they were made. The pope had actually made a broader comment about heaven during an event in November. The quotation itself was reportedly taken from remarks made years ago by Pope Paul VI.

Still, the attention led to renewed interest in a longstanding theological discussion about pets and the afterlife. Questions about the religious status of animals have always been with us; popular theology refuses to deny animals their souls. Our sense of spiritual kinship is already latent in the bootees and little sweaters we buy our pets, and the sidewalk baby talk with which we embarrass ourselves, and perhaps them. Consider how we treat our pets in death.

“Today, there are nearly 600 functioning pet cemeteries in the United States,” Amy Defibaugh, a Temple University graduate student, said recently at the American Academy of Religion conference in San Diego. She was delivering a paper titled “Toward the Weeping Willow: An Examination of the Dying and Death of Companion Animals.”

Beginning in the 19th century as a largely urban phenomenon, “pet cemeteries have become and continue to be a viable and significant option for the practical disposal of the bodies of our companion animals,” Ms. Defibaugh said, “as well as creating and preserving a sense of sacredness in their death.”

She cited the research of an anthropologist, Stanley Brandes of the University of California, Berkeley, who in a 2009 article, “The Meaning of American Pet Cemetery Gravestones,” noted the “definite and growing tendency for owners to link these creatures to specific religious communities.”

In his paper, based on research at the Hartsdale Pet Cemetery in Hartsdale, N.Y., Professor Brandes described Christian crosses and Jewish Stars of David that adorn pets’ gravestones.

“It is evident,” he wrote, “that owners who bury pets at Hartsdale believe that their companion animals possess immortal souls.” One dog “gets her goodbye with the promise, ‘Until We Meet in Heaven.’ ” On the gravestone of a boxer named Champ was written, “We Pray That We Will Meet Again.”

A cat named Corky lay beneath a stone with a Star of David, while “a dog named Sushi has two Stars of David symmetrically placed at the top of his gravestone, on which there is also Hebrew lettering that reads ‘Shalom’ (meaning both peace and goodbye).” Then there was the inscription for a cat named Sheebah: “Sheebah/who went to Heaven on Yom Kippur Day.”

Next to some of the animals’ graves sat yahrzeit candles, traditionally lit to remember Jewish people who have died.


The idea that pets are like humans in their relationship to God seems to be everywhere. Catholic teaching may not yet grant animals souls, but priests and monks of the Franciscan order have long had a tradition of blessing the animals on Oct. 4, the feast day of St. Francis of Assisi. Some Episcopalians have also taken up the practice.

Several popular children’s books also promote the idea of animal ensoulment. There is the 1995 classic “Dog Heaven,” by Cynthia Rylant, which promises that “God has a sense of humor, so He makes His biscuits in funny shapes for His dogs. There are kitty-cat biscuits and squirrel biscuits.” Lest Ms. Rylant be seen as pro-dog at the expense of cats, the sequel “Cat Heaven” arrived in 1997.

Last fall, the best-selling children’s author Nancy Tillman published her book “The Heaven of Animals,” in which “when dogs get to heaven they’re welcomed by name, and angels know every dog’s favorite game,” and where “horses in heaven are never alone, and grass is much sweeter than grass here at home.”

Ms. Tillman, who attends a nondenominational, evangelical Christian church near her home in Portland, Ore., said she was “not a theologian.” She got the idea for the book “years ago,” when she was looking at her dog and cat.

“They were gazing off into the distance,” Ms. Tillman said. “And I thought, ‘What a lovely thought if they see heaven. And wouldn’t that comfort children if they lost a pet?’ ”

In teaching children that animals go to heaven, it only makes sense that we would want to given pets a good send-off when they die. According to Ms. Defibaugh, the graduate student, cemeteries for people, recognizing the market, are also getting into the pet business.

“Many funeral homes have extended their services to companion animals for memorials and religious services,” Ms. Defibaugh wrote in her paper. “Some human cemeteries are now allowing companion animal burial.”

Of course, the burial of animals, like that of humans, raises another question: What if your dog is of a different faith than you? No word yet on whether Jewish cemeteries are allowing burial for Christian collies.
Posted by arclein at 12:00 AM