The Staggering Toll of the Russian Revolution 100 Years on 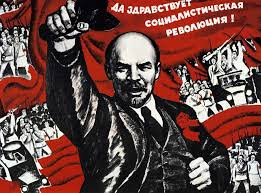 That our culture still accepts the doctrines supporting Marxism at all tells us more of the perniciousness of our Academia where brainwashed professors who cannot think in any other manner continue to teach the rubbish they were themselves taught.

Thus we were foisted with the likes of one Barack Obama who could not help but be who he was made into.   I am truly more impressed by how resilient the political system is than by anything he was.  That it has then thrown up the most powerful counter revolution in history is astonishing to watch.

Perhaps now we can have a true intellect revolution as well.

.  .
The Staggering Toll of the Russian Revolution

Never has there been such an insidious and deadly ideology as Marxism-Leninism.

Russian President Vladimir Putin would like to ignore the Bolshevik Revolution, which marks its 100th anniversary this month. Putin reportedly told his advisers that it would be unnecessary to commemorate the occasion. He knows better—it is nothing to be proud of.

It Began with the Revolution of 1917

The horrors of twentieth-century socialism—of Lenin, Stalin, Hitler, Mussolini, Mao, and Pol Pot—were the offspring of 1917. Seventy years earlier, Marx and Engels predicted the overthrow of bourgeois rule would require violence and “a dictatorship of the proletariat . . . to weed out remaining capitalist elements.” Lenin conducted this “weeding out” using indiscriminate terror, as Russian socialists before him had done and others would continue to do after his death. The late Rudolph Rummel, the demographer of government mass murder, estimated the human toll of twentieth-century socialism to be about 61 million in the Soviet Union, 78 million in China, and roughly 200 million worldwide. These victims perished during state-organized famines, collectivization, cultural revolutions, purges, campaigns against “unearned” income, and other devilish experiments in social engineering.

In its monstrosity, this terror is unrivaled in the course of human history.

Lenin’s coup on November 7, 1917, the day Kerensky’s provisional government fell to Bolshevik forces, opened a new stage in human history: a regime of public slavery. Collectivist economic planning led to coercion, violence, and mass murder. Marx and Engels had defined socialism as “the abolition of private property.” The most fundamental component of private property, self-ownership, was abolished first.

Stalin introduced Article 12, which permitted that children age twelve and older be sentenced to death or imprisonment as adults

The Marxists’ biggest targets have always been the family, religion, and civil society

—institutional obstacles to the imposition of the omnipotent state. With the Bolsheviks in power, Lenin set out to destroy them.

Murder of children became a norm after he ordered the extermination of Czar Nicholas II, his wife Alexandra, and their five children. Millions of families were rounded up and forcibly relocated to remote and uninhabited regions in Siberia and Kazakhstan. Hundreds of thousands of children died of starvation or disease during their journey into exile and were buried in mass unmarked graves.

In 1935, Stalin introduced Article 12 of the USSR Criminal Code, which permitted that children age twelve and older be sentenced to death or imprisonment as adults. This “law” was directed at the orphans of victims of the regime, based on the belief that an apple never falls far from the tree. Many of these kids, whose parents had been jailed or executed, were commonly known as bezprizorni, street children. They found themselves living in bare, dirty cells in a savagely violent gulag, where they were mixed with dangerous criminals and were brutalized and raped by guards and common criminals.

The Soviet Union was the first state to have as an ideological and practical objective the elimination of religion or, in other words, physical extermination of religious people. With Lenin’s decree of January 20, 1918, nationalization of the church’s property began: cathedrals, churches, church grounds, and all buildings owned by churches were looted, and valuables (gold, silver, platinum, paintings, icons, historical artifacts) were either stolen by Communist atheists or sold to the West via government agents, communist sympathizers, and fellow travelers such as American business tycoon Armand Hammer, who met Lenin in 1921.

To be religious often meant a death sentence. The goal was the state’s absolute monopoly over thought by means of a secular religion, socialism. Almost all clergy and millions of believers of all (traditional) religions were shot or sent to labor camps. Seminaries were closed, and religious publications were prohibited.

Marxism-Leninism pretended to be “scientific socialism,” the universal explanation of nature, life, and society. However, deviation from its ideology, especially traditional “bourgeois” science, was punishable by death. The scope of the persecution of scientists was a real genocide.

After seventy-four years of mayhem and misery, the Bolshevik Revolution failed. The biggest country on Earth, with abundant natural resources of all kinds, could not meet the basic needs of its citizenry. The system had no means to rationally allocate resources in the absence of property rights and the market institutions that rely on them.

From my own life in the Soviet Union, which ended the same year that Vladimir Putin reported on the collapsing Berlin Wall for his KGB bosses, I can attest to the truth of Austrian economist Ludwig von Mises’s statement that socialism amounts to a “revolt against economics.” Yet, socialism still has sympathizers in the West.  Many Americans believe that socialism is good, whereas communism, fascism, and Nazism (National Socialism) are violent and anti-democratic. A public-opinion survey published last year proved that general assumption: 43 percent of respondents younger than thirty had a favorable view of socialism; only 32 percent had a favorable view of capitalism. This is a powerful warning. The anti-capitalistic mentality has brought suffering and mass murder in all socialist countries and has reduced standards of living and the quality of life in mixed economies.

The Soviet Union is now gone, as are the huge statues of Marx and Lenin that littered the East, but ideas have consequences, and no body of ideas attracted a greater following than Marxism-Leninism.  A Russian aphorism says, “The only lesson of history is that it teaches us nothing.” For too many people this is as true as ever.
Posted by arclein at 12:00 AM