Tea Lovers Have It Made Thanks to Markets 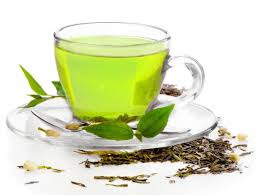 Tea is of course god's gift to the porcelain industry. that never stops giving.  There is also a serious alternative called Yerba Mate out of South America that is in early days of biological improvement.

The husbandry has become global and that will continue.  It is a holly like bush which is surely ideal for planting with orchard trees.  As we need to see working fence rows separating agro - fairways this type of plant is a working option able to withstand a robust ground cover.

This article is also an excellent economics lesson as well.  The globalization of tea has been a true boon to humanity in terms of pleasure and natural economic flow.


Tea Lovers Have It Made Thanks to Markets

When I say “tea time,” what do you think of? The dainty clinking of fine china, biscuits and cucumber sandwiches, posh British accents… Maybe you picture the small teapot with the side handle and the Japanese tea ceremony. Or a tulip-shaped glass with scalding hot Turkish tea. I personally think of tiny clay cups and tightly rolled Taiwanese oolongs. There are so many possible mental images because tea has been traded and embraced by so many different people.

A Brief History of the Tea Trade

Legend has it that tea became a thing 4,000 years ago in China when the god/emperor Shennong asked his servant for a cup of water and some tea leaves blew into his drink. The drink was widely regarded to have medicinal properties ever since. But it wasn’t until the 9th century AD that the first book was written about it.

At some point in the same century, tea was brought from China to Japan by Buddhist monks. The drink and its preparation developed into something totally unique. While tea in China at the time was primarily considered medicinal, tea in Japan took on a more pronounced religious nature (think: the Japanese Tea Ceremony).

Enter the Europeans in the early 17th century. The Dutch were the first to bring tea from China back to Europe. It took a while to catch on, but gradually tea became a luxurious drink among the upper classes and aristocrats in France and Great Britain. Eventually, it made an appearance to the general public in coffeehouses in Europe and the American colonies. Much like in Japan, tea in Europe started to take on its own unique character. Europeans saw tea time as a social activity. They shifted away from green tea in favor of black tea, and began adding sugar, milk, and sometimes lemon to their cups.

By the end of the 18th century, Great Britain was importing more black tea than green tea, and it quickly became one of the world’s largest consumers of the drink. In order to challenge the Chinese monopoly on tea production, the British began growing tea in India and Ceylon (Sri Lanka). And again, a new tea culture emerged. The Masala chai as we know it originated in India in the 20th century.

Tea has since started being grown in many other countries too: Taiwan, Indonesia, and Kenya, to name a few. Each country that adopts tea gradually gives it a character of its own. And international competition and trade have increasingly caused its price to go down.

Trade and globalization have made this drink and the secrets of how to best brew it way more accessible today than at any other point in history.


It doesn’t even matter that coffee dominates the hot drink industry in the United States. As an obsessive tea enthusiast, I can still satisfy my eccentric needs by researching and buying the good stuff online. You see, where there’s a need, there’s a market. And the online tea market is bustling with a great selection of leaves that will delight you no matter what your tastes or budget are.

There are a ton of affordable, convenient options out there if you’re looking to buy tea. But not all teas are created equal. If you’ve ever been to Teavana, you know what I’m talking about. Their wares are so delicious, but so, so expensive.

What should you get instead? I’m glad you asked.

For the College Kid Who’s Fed Up with Coffee Crashes

Thankfully, you don’t have to shell out $50 for a single tin of quality tea. So if you’re a poor college kid that needs a reasonable dose of caffeine right now, I recommend buying Twinings or Harney & Sons bagged tea from your local supermarket.

Bagged tea is a fantastic invention. Just plop the bag in your mug and fill it with hot water. Done. You can even reuse the tea bag if you need another quick pick-me-up.

Twinings and Harney & Sons produce my favorite bagged teas. The quality of their tea is consistently good, and they're usually available at Target, Kroger, or wherever you happen to shop. Even if you’re a millennial who no longer goes to the store (UberEats and HelloFresh, anyone?), you can pick these brands up on Amazon and have them sitting on your doorstep in two days.

Easy to drink and easy to find. What more could you ask for?

I wouldn’t be a proper tea connoisseur if I only told you where to buy bagged tea, would I? So let’s say you’re ready to take the plunge into loose leaf teas. You’re a mom whose kids got picked up by grandma for the evening. You’ve got some time to pamper yourself and really relax. What should you check out?

Scratch Teavana off your list (unless you hate your wallet) and hit up Adagio Teas. Adagio is an online vendor that sells a massive variety of tea. Want something with pineapple? They’ve got it. Vanilla? It’s yours. That African herb called “rooibos?” Add to cart. They even give you the option to create your own blend of tea with whatever herbs, spices, or fruits you want.

The best part of all is definitely the reasonable pricing. I remember the first time I went to Teavana, I spent almost $100 on tea that lasted me about 6 months. Assuming I drank 1 cup a day, that means I spent around $0.50 per cup. That’s still better than Starbucks, but the average cup of tea on Adagio only costs $0.12 per cup. Adagio Teas provides better quality, better selection, and lower prices.

And even though this scenario is supposed to be about buying and brewing loose leaf tea, you can buy your tea from Adagio in the loose leaf or bagged variety. Loose leaf tea is more cost effective and fun, but like we said earlier, where there’s a need, there’s a market. And the market for quality bagged tea is plentiful!

Fun to drink and easy to find. Treat yo’self.

For the Instagram Foodie or Introvert Who Loves Trying New Things

Finally, we’re getting to the greatest achievement of the tea market: the vast selection and distribution of specialty tea.

“Tea” is technically any drink that is made with the plant Camellia Sinensis (the tea bush). Herbal “teas” like chamomile and rooibos are not technically teas.

“Specialty teas” have an even more extreme definition: they’re any drink that is made solely with the plant Camellia Sinensis. They contain no fruits, no herbs, no oils, no added fragrances, nothing. You get tea leaves. That’s it.

This might sound bizarre or boring, but there’s a surprisingly large demand for specialty tea. You can find a bunch of people on Reddit, Instagram, and Steepster who are extremely dedicated to the craft and process of preparing a good cup of tea. They go all out with exotic-looking, handmade teaware imported from China and Japan. You’ll find on every connoisseur’s shelf several bags of the same tea harvested during different years or seasons or varieties that are harvested at different altitudes.

Part of the delight of these teas is asking the question, “If I do X to the tea leaves, how will the taste change?” What happens to the taste across leaf varietals, aging, oxidation levels, terroir? Curiosity very quickly transforms into fascination, and then into obsession.

The number of people who want this particular kind of tea isn’t as large as the number who want a cup of coffee. They’re not even the majority of the tea-drinking population. But still, because there is indeed a demand for this stuff, and because the internet keeps operating costs low, lovers of specialty tea can get what they want for a totally reasonable price.

Back to the important details though. Where can you buy specialty tea?

Yunnan Sourcing is one option. The founder, Scott, is an American who sources his tea and operates his business directly from China. If you want to try authentic Japanese teas, take a look at Yunomi. Interestingly enough, Yunomi was also started by an American, and ships fine Japanese teas worldwide. Or maybe you want something truly unusual, like a wet stockpiled tea from Nepal or a “purple” tea from Kenya. That too can be arranged! What-Cha, which is operated by a guy from the UK, specializes in unusual teas from all over the world.

There’s also Eco-Cha, White2Tea, Crimson Lotus, Vadham, Teavivre… the list goes on and on. Each vendor serves a particular market need. And specialty tea lovers are eating — or rather, drinking — it all up.

The ease of international trade and access to information today has made it possible for all these vendors to operate and serve tea fanatics like me.

Tea has been around for thousands of years. It went from being an exclusive commodity only available in China to an expensive luxury only known to European aristocrats to less than a dollar per cup across the world. Each time it’s changed hands, it’s turned into something new and unique. And thanks to the internet and the present-day capacity for international trade, tea doesn’t have to be the dominant drink of any culture to be bought and sold in a wide array of fashions.

Quality, consistency, and variety have all gone up, and prices have come down. This is the power of trade.
Posted by arclein at 12:00 AM