Richard Dawkins defended "mild pedophilia" in an interview with the Times magazine back in 2013. 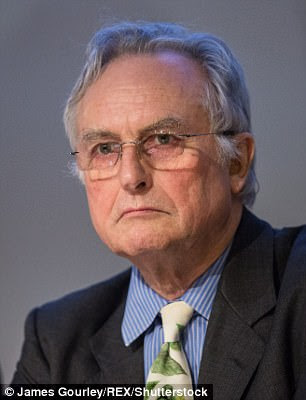 In the end, he remained an apologist for pedophilia.  Because he was a surviving victim, he rationalized his way past the memories through social communion with fellow victims.  This hardly makes any part of it defensible.

It also informs us how victims actually tacitly join in the support circle for those who perpetrate.

All of which provides cover for the totality which is completely outrageous.   The solution for this disease is summary castration.  Our bodies produce sexual hormones which drive our mental apparatus to change in terms of our behavior.  One of those available pathways is pedophilia and it can be easily guarded against.  Not true for other pathways.    Homosexuality appears to be biological but its variants are not at all.  Same problem.

This may appear draconian but it is not.  We know that a cure may be impossible but ending the risk solves two issues.  It eliminates the communal risk and it also allows the individual to return to society as a valuable and productive contributor.

Down playing it as hysteria when it is now been confirmed wholesale and actually by his own words is disingenuous.  He knew several as a boy as well which does not make this a rare condition at all.  What it makes is the perfect conspiracy..
.
Richard Dawkins defended "mild pedophilia" in an interview with the Times magazine back in 2013.

http://humansarefree.com/2017/11/richard-dawkins-defends-mild-pedophilia.html#more
And while the quote itself is quite jarring, especially to those who look to Dawkins for his influential writings on atheism (but haven't noticed some of his other strange stances), it's far from the first time that the scientist has launched a defense of the behavior — or talked about his own abuse at the hands of boarding school teachers.
First, here's what Dawkins said to The Times magazine, as condensed by the Religion News Service:

“I am very conscious that you can’t condemn people of an earlier era by the standards of ours. Just as we don’t look back at the 18th and 19th centuries and condemn people for racism in the same way as we would condemn a modern person for racism, I look back a few decades to my childhood and see things like caning, like mild pedophilia, and can’t find it in me to condemn it by the same standards as I or anyone would today,” he said.

In Mr Dawkins' opinion, instilling a child with religious beliefs is worse than "mild" pedophilia. The following video is an excerpt from a 2012 Al Jazeera interview:

In 2006, Mr. Dawkins wrote "we live in a time of hysteria about paedophilia, a mob psychology that calls to mind the Salem witch-hunts of 1692," in his popular book The God Delusion.
He continued:

“All three of the boarding schools I attended employed teachers whose affections for small boys overstepped the bounds of propriety. That was indeed reprehensible. Nevertheless, if, fifty years on, they had been hounded by vigilantes or lawyers as no better than child murderers, I should have felt obliged to come to their defence, even as the victim of one of them (an embarrassing but otherwise harmless experience).”

There's more. In 2012, a few conservative publications finally noticed what Dawkins wrote in 2006, and dredged it up. Dawkins then defended pedophilia, again, in defense of those earlier remarks:

“I was myself sexually abused by a teacher when I was about nine or ten years old. It was a very unpleasant and embarrassing experience, but the mental trauma was soon exorcised by comparing notes with my contemporaries who had suffered it previously at the hands of the same master.”

The following quote, from the same defense, drives home what's so off about Dawkins's argument here, beyond the knee-jerk recoiling of the idea of defending a pedophile.
Dawkins, a scientist, relies on anecdotal evidence and speculation to "prove" his point (and once again states that religion is worse than "mild" pedophilia):

“Thank goodness, I have never personally experienced what it is like to believe – really and truly and deeply believe – in hell. But I think it can be plausibly argued that such a deeply held belief might cause a child more long-lasting mental trauma than the temporary embarrassment of mild physical abuse.”