In Zimbabwe, an anxious wait to see if Mugabe will return after military takeover 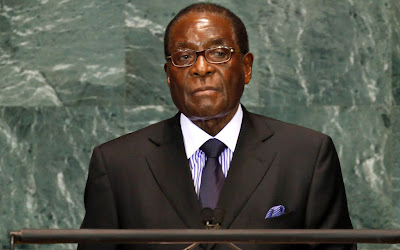 It finally happened.  Of course at this writing he has still not bowed to reality and may simply not.  It does not matter as the generals are avoiding blood shed and appear to be running the government anyway while allowing everyone to talk it out.
It was long overdue and the advent of modernity has made his style of governance impossible.
The new government will now need to restore the economy. ..
In Zimbabwe, an anxious wait to see if Mugabe will return after military takeover

What to know about the military takeover in Zimbabwe


HARARE, Zimbabwe — After ruling Zimbabwe for nearly four decades, leading the country from the triumph of its independence struggle to economic collapse, the world’s oldest head of state became a prisoner of the military he once commanded.


Robert Mugabe, 93, was detained along with his wife, according to a military announcement Wednesday. The move appears to end one of Africa’s most controversial political dynasties while raising questions about what might come next — military rule, a transitional government or a settlement that would allow Mugabe to return to power.


No matter what happens, this appears to be a watershed moment for Zimbabwe and southern Africa, which have suffered from the tumult of Mugabe’s reign, even as his hold on power sometimes seemed unshakable.


Zimbabweans awoke early Wednesday to a televised announcement from an army general promising that there was “not a military takeover,” although Mugabe had been detained and armored vehicles