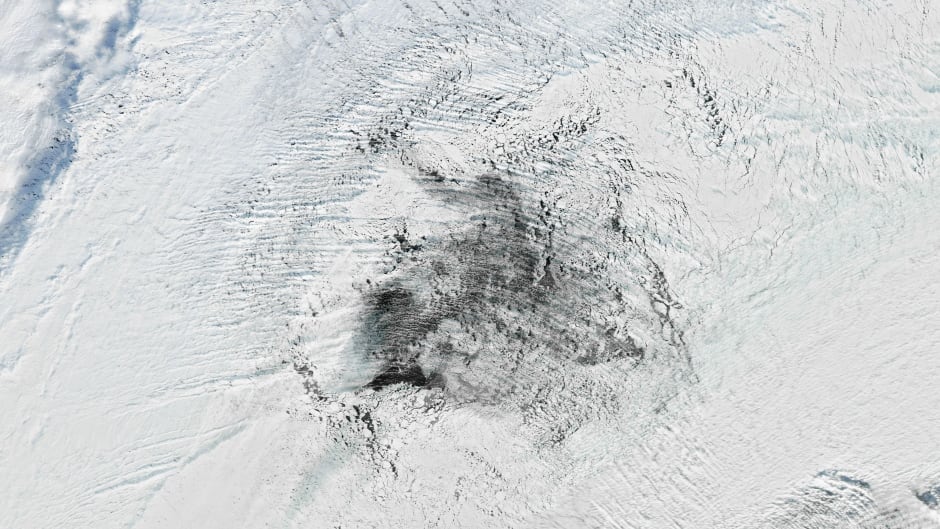 This is just an unusual phenomena that has been seen before as well.  Can be important is the future or not also.
Yet the press got a little excited about it this time around.
All good though.
.
A hole bigger than New Brunswick has opened up in Antarctic ice pack
Wednesday October 11, 2017

This image of the Weddell Sea polynya was captured on Aug. 14, 2016, by NASA’s Aqua satellite. The giant ice hole has opened up again in 2017 for the second consecutive year after being closed for four decades. (Joshua Stevens/NASA Earth Observatory )


A massive hole about the size of Lake Superior has opened up in Antarctica's ice pack and scientists are trying to figure out what's behind the phenomenon.


"You could imagine you're in the middle of the Antarctic winter and essentially there's sea ice as far as you can see and then, suddenly, if you're walking along, you come across this huge expanse of open water," Kent Moore, an atmospheric physicist at the University of Toronto Mississauga, told As It Happens host Carol Off.

The sea ice hole, known in the scientific community by the Russian term polynya, measured 80,000 square kilometres at its peak — a little bigger than New Brunswick and a little smaller than the island of Newfoundland. 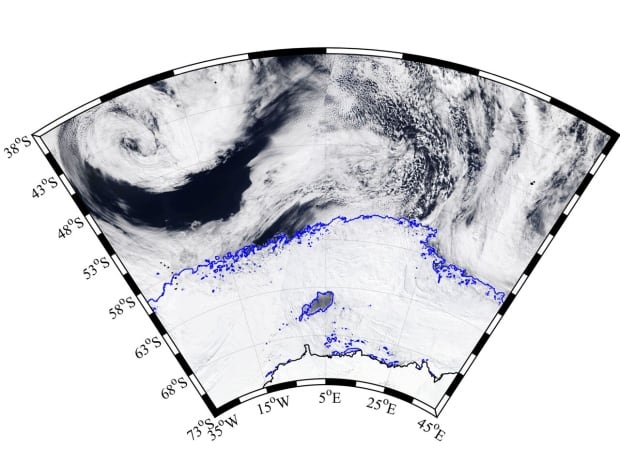 In this satellite image of the Weddell Sea polynya taken on Sept. 21, 2017, blue represents the ice's edge. (Submitted by Kent Moore/University of Toronto Mississauga )

Scientists first spotted it via satellite in the early '70s, when it opened up for three consecutive winters. Then it disappeared for 40 years, Moore said, only to reappear for three weeks in 2016.

"To our great surprise, it came back this year even larger than last year," Moore said.

It's been open for four months so far in 2017 "and my guess is it will stay open for the rest of winter," Moore added.


'Something's going on, but we just don't have enough data yet to really pin it down.' - Kent Moore, University of Toronto Mississauga

Despite its long and mysterious history, nobody's ever seen the massive polynya up close because it's in such a remote region of Antarctica's Weddell Sea.

"This one is deep in the ice pack. It's a couple of hundred kilometres away from the coast," Moore said.

That's part of what makes it so scientifically fascinating, he said. While polynyas are not uncommon in the Arctic and Antarctica, they usually only form near the coast. 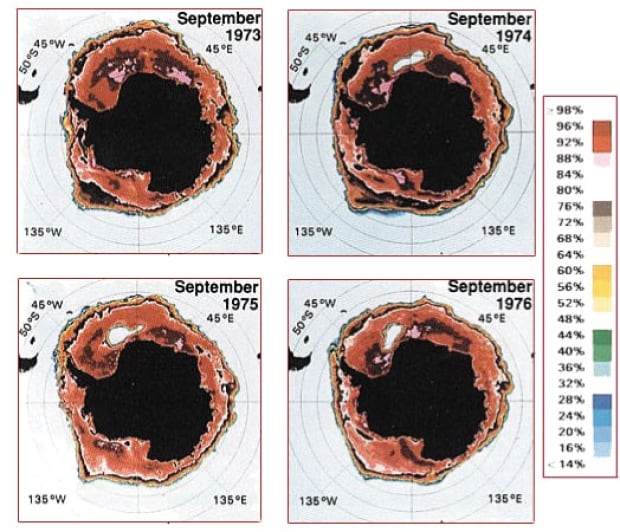 The Weddell Sea polynya is shown as it appeared in passive microwave satellite imagery in the 1970s. (NASA)

The going theory, Moore said, is that ocean currents are lifting warmer waters from the ocean's depths up to the surface, where it's melting the ice.

He said the Weddell Sea polynya would be like an "oasis in the desert" for marine mammals such as orcas and seals, so it's probably teeming with life.

"I'm sure the wildlife know about it and are using it," he said. 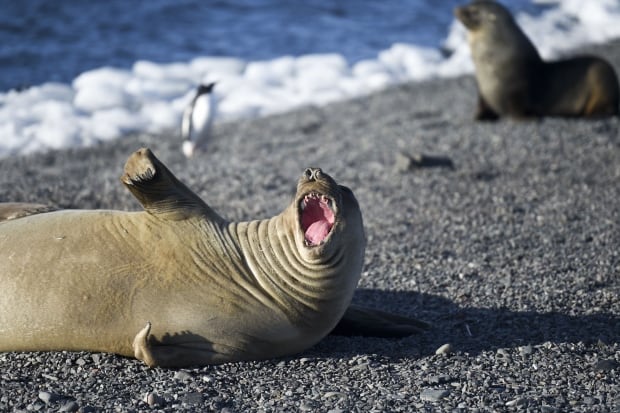 Scientists have no idea why it's open now after being closed for four decades — or why it's bigger and longer-lasting than ever before.

Melting sea ice is often attributed to climate change, but Moore said scientists draw those conclusions based on decades worth of data.

"So two of these events happening two years in a row really isn't a long enough kind of trend for us to say it's the result of global warming," he said.

"But there is something which has happened down there, which has allowed this opening to occur two years in a row. So something's going on, but we just don't have enough data yet to really pin it down."

The good news is the satellites are much more powerful than they were in the '70s, so scientists should be able to collect much more data this time around.

And they plan to study the region for years to come.

"We expect to see changes in the ocean, but it may take several years to see exactly how large those changes are and what impact they would have."
Posted by arclein at 12:00 AM