Uranium One is russian Sting on Obama and Clinton 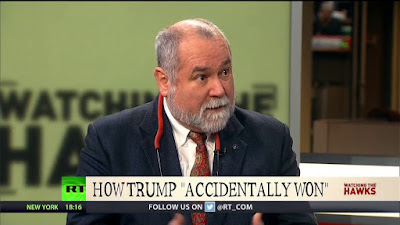 Listening to former CIA Robert Steele the other night and he informed us that the whole Uranium one scheme was set up to entrap Clinton and Obama and whoever else wanted to play by the Russians. This makes sense out of the whole scenario that came down considering as i posted earlier, that the business case never flew.

The uranium properties in the USA served only to accomadate Russian demands.  The Dems must have thought that they had a live one. The upshot is that they will be charged for treason regarding properties booked back in the fifties as of national import but of no current value while been unable to explain that it was fraud instead against the Russians which the Russians knew but played along with in order to map bribes.

More pointedly though, it turns out that Putin brought all this to president elect Trump to work with.  Knowing this, Trump had a perfect sting set up to bring in and launch his special prosecuter to go after all the DNC nonsense as he had promised to do.

The rest has been pure misdirection.


This is not the main event, but it is the one that is likely to take  down Obama in particular.
..
Posted by arclein at 12:00 AM