Money, It Turns Out, Is a Practical Art 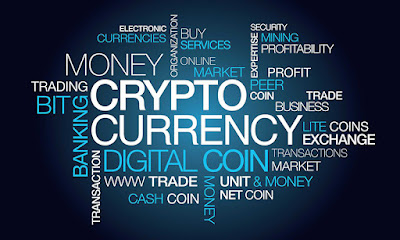 What money established a long time ago is the market demand for a common medium of exchange.  what made it particularly attractive was that money is also consumed, first as a physical store of value and later as a way to pay for interest.
We no longer use it as a store of value, but interest payment has steadily declined because the pool of electronic debt instruments has steadily increased over time much faster than our need to create new money.
Crypto has produced a secure currency that is technically better than our historic dispensation simply because it is impossible to merely print the stuff.  It really has to be mined costing real energy for the hardware.  Bitcoin could well have reached its natural limit although splitting it may change that and free energy even more.
The serious take home is that any crypto currency can provide the same service money provides.  Better, government will prove powerless to stop it.  Since interest rates are so low we can actually create a huge crypto credit portfolio as well and the tight supply allows negative interest to work as well.
Id do think that Bitcoin needs to split two for one perhaps every six months to support demand although it is actually unnecessary thanks to fractional ownership....
.

Money, It Turns Out, Is a Practical Art

Cryptocurrency opened up the floodgates of monetary innovation a century after the enterprise had been shut down.

by Jeffrey A. Tucker


If you read on the topic of money’s history from any mainstream textbook, you will already know the drill. In the past, money took many forms. It was shells, pelts, salt, and various metals. Finally we got paper money, credit institutions, then central banks. At this point, we are told, history was complete. The final and best form had arrived.


The state would be in charge of money forever. All that was left was to have it managed in a way that better served our needs. People argued about systems of government management. Maybe a rule of some sort, based on quantity or the gold price or some other scheme. The system can be reformed, but the idea of treating money as a technology to be managed by the market – well, let’s just leave that to utopians like F.A. Hayek.

But look what actually happened. From the time when money came to be nationalized by the state and managed by central banks, roughly 100 years ago, the improvements stopped. Everything else got better: cars, flight, communication, homes, indoor environments, distribution of all essentials from food to clothing to finance. What did not improve was the money itself. In fact, it became worse.


This is for a reason. The nationalization of money froze it in place. It was no longer subject to the pressure that free enterprise places on everything else. It was the great exception (there were other exceptions too, like schools and courts). It was stuck. In the 21st century, we were using the same core money technology as we were using in the early part of the 20th century. Hardly anyone thought anything of it. Surely we had come to the end of history.


The consequences were not only that money never got better. The nationalization of money led to a huge increase in government debt, wild swings in credit cycles, inflation, and even war because government no longer had to tax people for funds but rather could print it without limit. All of this ended up eating away at liberty itself, growing government beyond what any liberal society should tolerate, and fed human rights abuses.


From the time that Bitcoin became viable, however, monetary theory would never be the same. In the years since that time (2009), I’ve noticed a gradual change taking place. We used to think about money as somehow existing in a finalized form. No more. It is now being thought of as we should have thought about it all along, as a technology that can become better in response to human needs.


In the 19th century, the word technology was not in common use. Instead a different phrase was popular: the practical arts. I think it is better. Inventing new things for human use is an art form. But it is not art just for admiring. It is art for using, art to make life better, a tool to enable a better path forward for all.


Thanks to the rise of cryptocurrency, the practical arts are being applied to reinventing money itself. It is going on every day, with thousands of companies innovating new monetary technologies. The big breakthroughs include: the uniting of money with payment systems, the dramatic diminution of counterparty risk, the inclusion of the unbanked, the impossibility of censorship, the security of ownership, the absence of a central point of failure. We keep discovering new virtues.


Cryptocurrency opened up the floodgates of monetary innovation a century after the enterprise had been shut down. F.A. Hayek wrote, “I have no doubt that competition would be much more inventive in providing the kind of monetary institutions needed for the proper functioning of markets.” He thought this might only happen by eliminating legal tender laws and dismantling central banks.


Perhaps the most remarkable thing about cryptocurrency is that it unleashed competition without any reform of the system that still operates from the top down. No law was repealed, no plan was enacted, no new reforms were passed. It was as if a Maserati had sudden driven up alongside a fleet of Model Ts.


When will mainstream monetary theory adapt to the new reality? Check back in ten years.
Posted by arclein at 12:00 AM