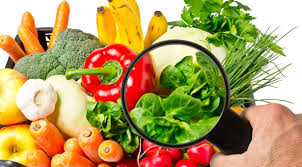 It took essentially three generations for the industrial agricultural paradigm to replace our traditional system.  That traditional system also had ample faults but high quality mostly overcame all that.  Now we have real product issues been lied about and deteriorating global health responses.

The successor paradigm has begun to take hold and will prevail.  It includes organics, bio cbhar for nutrient retention and robot support.

That paradigm will ultimately support  100 million on hte earth's surface.


.
MAINSTREAM NEWS QUIETLY ADMITS THAT FOOD QUALITY IS A MAJOR CAUSE OF CANCER


For years it has been a supposed mystery, but it is finally being acknowledged that a primary cause of cancer in the world today is diet. Studies are now showing that obesity plays an enormous role in one’s chances of getting cancer, and the main cause of obesity is the type of foods people eat. It is in large part a lifestyle disease, and the most important relevant lifestyle choice is food.


More specifically, researchers are pointing out the connection between the body’s insulin response to food and cancer metabolism. In short, there is a paradigm shift taking place and we are admitting that food can either feed or starve cancer cells. Here, in a piece for The Los Angeles Times, writer Sam Apple explains this connection:


“… researchers have made progress in understanding the diet-cancer connection. The advances have emerged in the somewhat esoteric field of cancer metabolism, which investigates how cancer cells turn the nutrients we consume into fuel and building blocks for new cancer cells.


Largely ignored in the last decades of the 20th century, cancer metabolism has undergone a revival as researchers have come to appreciate that some of the most well-known cancer-causing genes, long feared for their role in allowing cancer cells to proliferate without restraint, have another, arguably even more fundamental role: allowing cancer cells to “eat” without restraint. This research may yield a blockbuster cancer treatment, but in the meantime it can provide us with something just as crucial — knowledge about how to prevent the disease in the first place.” [Source]


Does this mean that these new revelations about cancer and the foods which cause it will trigger a widespread shift in the consumption habits of ordinary people? Will people switch to real food and abandon fake food?


Could it also mean that major food companies will face some degree of liability for producing addictive foods which are extremely high in sugars, artificial sweeteners, refined carbohydrates and other ingredients which trigger the body’s insulin response?


Will we now see a link emerge between diabetes and cancer, since diabetes is now the fastest growing disease in America?


Meanwhile, expensive cancer treatments are increasingly being recognized as a common detriment to surviving cancer, and all the while alternative treatments are still being suppressed and banished from the country.


“The cancer industrial complex is negligent in warning people that chemotherapy is now known to actually make some cancers spread and make some tumors more aggressive. Government and its myriad regulatory agencies work diligently to prevent access to natural or alternative cancer treatments, and doctors and the mainstream media give the impression that the causes of cancer are a mystery.” [Source]


It’s important to remember that there is a wealth of information on how diet affects both the likelihood to get cancer, but also how diet can play a significant role in surviving cancer. Celebrity Tommy Chong told us how diet and cannabis cured his cancer. Blogger and activist Chris Wark recorded his recovery from cancer with the help of improved diet, and now shares survivor stories.


It is also important to remember that programs like Raw for Thirty are demonstrating significant results in helping people to reverse the symptoms of diabetes by switching to a raw foods diet.


Healthy choices clearly have a big impact on cancer, and now that mainstream sources are telling us that almost half of all cancers may potentially be preventable with dietary and lifestyle changes, we have all the info we need to drastically reduce cancer rates.
Posted by arclein at 12:00 AM