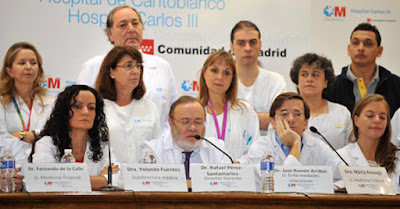 Whatever value GMO provides, we must go much further down this road of research to discover how to turn of allergenic reactions.

That is the problem that must be solved soon

GMO's are been rolled out largely as a company destroying experiment.  Look what just happened here.  It takes years to recover.

Madrid| Doctors of the Carlos III hospital confirmed this morning in a press conference, the first case of human death caused by the ingestion of genetically modified food. Juan Pedro Ramos died from anaphylaxis after eating some recently developed tomatoes containing fish genes, which provoked a violent and lethal allergic reaction.


This surprising announcement comes after the autopsy of the 31-year old Spanish man who died at the Madrid hospital in the beginning of January. The young man’s health rapidly deteriorated after he suffered an unexplained allergic reaction, and all the drugs used to refrain the anaphylaxis were entirely inefficient. The team of experts claims to have been able to determine that the genetically modified tomatoes that the victim ingested at lunch were the cause of the allergic reaction that caused his death.


Mr. Ramos was working as a clerk in a Madrid warehouse on January 7, when he started feeling ill just after lunch. A number of symptoms started to manifest themselves, including a violent itchy rash, some serious swelling of the throat and a drastic drop in blood pressure. The man, who was known to have allergies, quickly injected himself some epinephrine, but his health condition continued to deteriorate.


The young man was rapidly carried to the hospital by co-workers, but the medical staff was unable to identify the cause of his allergic reaction in time and none of the usual treatments or drugs seemed to work. Mr. Ramos was confirmed dead just over an hour after arriving at the hospital.

The young man appeared happy and healthy when this picture was taken by his roomate, less than 24 hours before he died.


The medical examiners and forensic experts at the Carlos III hospital had to execute a lot of tests and analysis before they could precisely determine what caused Mr. Ramos to die of an allergic reaction to seafood, since all he had eaten before his death was a bacon, lettuce and tomato sandwich with a diet cola. They were astonished when they discovered that the tomato he had ingested, not only contained some fish-related allergens, but also some antibiotic resistant genes which had prevented Mr. Ramos’ white blood cell from saving his life.


“At first we thought that there had been some form of contamination of his food, from contact with fish or seafood during the preparation” explained Dr. Rafael Pérez-Santamarina. “It was only when we tested the tomato itself that we noticed that it contained some allergens usually found in seafood. We did many different analysis and they all confirmed that the tomato was indeed the source of the allergens that killed Mr. Ramos.”

Many experiments on GMOs had produced some horrible tumors and event death in rats and other lab animals, but most genetically modified products on the market were considered to be harmless to humans.


The case of Mr. Ramos is the first human death officially confirmed to be linked to the ingestion of genetically modified food. It contradicts most studies on GMOs which had concluded that genetically engineered crops currently on the market were completely safe to eat.


A team led by University of Nebraska scientists had anticipated this kind of problem in 1996, when they found that a Brazil nut protein introduced to improve the nutritional quality of genetically modified soybeans was able to provoke an allergic reaction in people with Brazil nut allergies. However, this kind of problem was dismissed by most scientists as very improbable, since it could easily be avoided with proper safety testing. The soybean injected with the Brazil nut gene was indeed abandoned during development, but it seems that the genetically modified tomato that caused Mr. Ramos’ death had not been submitted to sufficient testing and the lethal risk had not been identified before it was marketed.


The Spanish ministry of Health, Social Services and Equality ordered for the tomatoes of Portugese origin which infected the young man, to be recalled and removed from stores and markets for safety reasons. More than 7000 tons of tomatoes will therefore be ceased across the country by ministry inspectors and public safety officials.


The ministry also issued a public statement about the death of Mr Ramos in which it sends its condolences to his family and adds that it will “immediately demand further research on the subject to determine if other genetically modified food products on the European market could represent a risk for the Spanish population”.
Posted by arclein at 12:00 AM