Humans are designed to eat mostly fruit. We’re frugivores, just like monkeys and chimps. We have the same physiology, the same stomach acidity, the same tooth structure, the same sweat glands, etc.

The evidence suggesting humans are primarily fruit eaters is so overwhelming, that it just goes to show how influential our educational indoctrination truly is.


We are the most biologically advanced species on Earth. Fruit is the most advanced part of a plant. It has to be, since it’s responsibilities relies solely on the progeny of the plant itself. Fruit, in its strict botanical sense, is the fleshy and ripened ovary of a plant, enclosing the seeds.


Have you ever meant someone who doesn’t like fruit? I sure haven’t. We’re told that it’s high in sugar so we should limit our intake, however fruit doesn’t really contain any sugar, at least not our conception of it. We’ve mistakenly equated man-made sugar with God-made sugar. It’s not the same stuff, not even close. One promotes cancer and death, the other, health and vitality.


We instinctively crave fruit. Put a strawberry and a cheeseburger in front of a baby and see which she goes for. Fruit is sweet, and it’s sweet for a reason. It tastes good. This is a clue for humans, so they know to eat it. This first clue would be it’s appealing color, which immediately grabs our attention. The second would be it’s appealing aroma. All species have instructions in their DNA to tell them what to eat and how to live, and humans are no exception. Our trichromatic vision seeks out fruit.


Andrew Smith of the University of Stirling in Scotland believes that trichromacy provides an important advantage for fruit eating species. (which includes apes, orangutans, chimps, monkeys, and humans)


Humans have so-called trichromatic, or three-color, vision. So do Old World species such as chimpanzees, gorillas and orangutans. -NatGeo 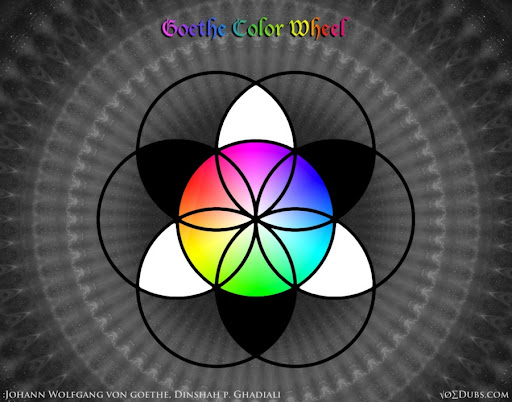 Fruit isn’t just ‘fruit’. It is ‘the Fruit’, the fruit of the plant. The fruit contains the seed of the plant, it’s only hope for progeny and survival. Because of this, the fruit is biologically designed to be the most advanced part of the plant, and extremely appealing to frugivorous onlookers who will hopefully spread its seeds far and wide. It’s vitally important for fruit to stand out with its vibrant colors and appealing aroma. It’s begging to be picked off the branch, eaten and reproduced. It’s a mutually beneficial trade off. The fruit eaters get to enjoy a mighty tasty snack, and in exchange we assist the plant’s propagation and reproduction. Everybody wins.


Frugivory is thought to have evolved as a mutualism to facilitate seed dispersal in plants. In general, an animal benefits by receiving sustenance from the plant by consuming the fruit. If the animal swallows the seeds of the fruit and later travels to a new area, it assists the propagation of the plant by dispersing the seeds when it defecates.


Fruit is the easiest food to digest, which should right there, tip us off that we are biologically designed to eat it. Just because we are able to digest other foods, does not make us fit for their consumption. Omnivores are designed to eat everything. Humans can eat meat, but they are not designed to, which means they are not true carnivores or omnivores. 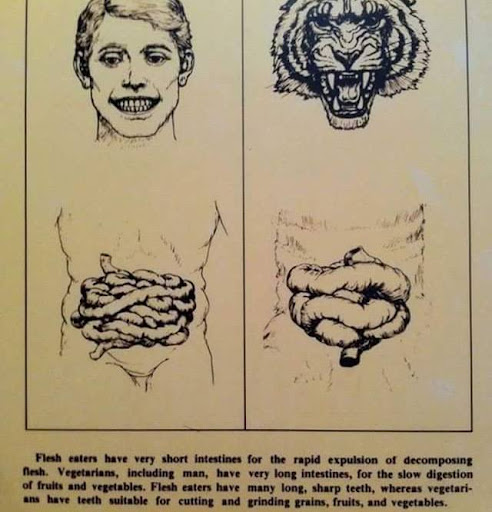 Flesh eaters have very short intestines for the rapid expulsion of decomposing flesh. Vegetarians and Fruitarians, including man, have very long intestines, for the slow digestion of fruit and vegetables.


Imagine you’re the only person on Earth, there is no infrastructure, there are no restaurants, only you and the wilderness. Soon you’ll undoubtably get hungry. What are you going to eat? There are animals running around everywhere, so you could kill one and cook it over a fire. But time is of the essence and you need something to eat now, not later. Besides, the act of killing an unarmed animal and tearing its flesh apart doesn’t exactly sound too appealing.


Luckily there are other options. You could eat some broccoli you found, but you’ll notice it doesn’t taste that good unless it’s at least steamed, not to mention the difficulty in digestion. You could dig up some carrots and eat them, but that too would require effort. The divine architect didn’t provided us with sufficient digging tools. We do however have eyes that seek out bright colors, and hands that are perfect for grabbing and peeling freshly ripened fruit right off the vine.


Beyond the biological evidence, consider that while carnivores take pleasure in killing animals and eating their raw flesh, any human who killed an animal with his or her bare hands and dug into the raw corpse would be considered deranged. Carnivorous animals are aroused by the scent of blood and the thrill of the chase. Most humans, on the other hand, are revolted by the sight of raw flesh and cannot tolerate hearing the screams of animals being ripped apart and killed. The bloody reality of eating animals is innately repulsive to us, more proof that we were not designed to eat meat. -peta


Proponents of the theory that humans should be classified as omnivores note that human beings do in fact possess a modified form of canine teeth. However, these so-called canine teeth are much more prominent in animals that traditionally never eat flesh, such as apes, camels, and the male musk deer. It must also be noted that the shape, length and hardness of these so-called canine teeth can hardly be compared to those of true carnivorous animals. -Vasu Murti 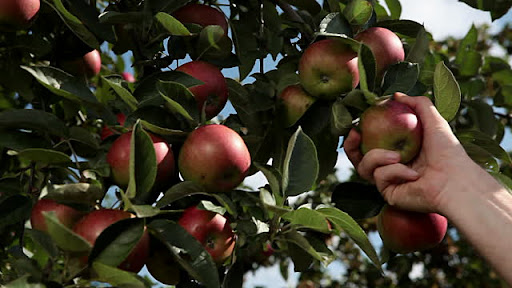 If there are a bunch of fruit trees, one can say that whoever created these fruit trees wanted some apples. In other words, by looking at the order in the world, we can infer purpose and from purpose we begin to get some knowledge of the Creator, the Planner of all this. This is, then, how I look at God. I look at God through the works of God’s hands and from those works imply intentions. From these intentions, I receive an impression of the Almighty.


We don’t have claws or hoofs like carnivores and herbivores. We aren’t equipped with sharp teeth and abrasive tongues for ripping apart flesh. In order for meat to taste good we have to cook it. What other species on Earth cooks their food?


Carnivores (cats, lions, tigers, wolves, etc.) eat raw meat, but even they cannot thrive on an all meat diet.


Omnivores (hogs, brown bears, raccoons, etc.) are “everything eaters” who thrive on nearly all raw foods.


Those foods and influences to which a species is biologically adapted are those deemed “natural” to its disposition as derived by the sum total of their biological heritage from millions of years of evolution. Cumulative adaptations in each species over eons of time determines their natural dietary needs.


We humans are arboreal (tree dwellers), mostly closely resembling orangutans. Like chimps and monkeys, we are designed to eat mostly fruit. This isn’t to say we can’t also eat vegetables, nuts and seeds, so long as raw fruit is our main course.