Is Anything Truly Random? 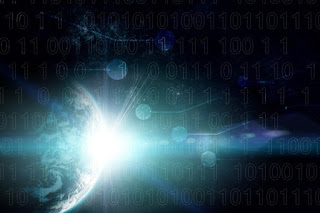 I think the best way to tackle this is to observe that nothing is truly random but that the numbers become large enough to effect perfect randomness which is really another way of invoking mathematical infinity rather than empirical infinity.

Thus we observe the usual debate that only exercises mathematicians.

Much of our software somewhere invokes a random number generator that simply works well enough and will not produce an observable error for the lifetime of this galaxy at the least..
.. .
Is Anything Truly Random or Is There an Underlying Order to Everything?

In Beyond Science, Epoch Times explores research and accounts related to phenomena and theories that challenge our current knowledge. We delve into ideas that stimulate the imagination and open up new possibilities. Share your thoughts with us on these sometimes controversial topics in the comments section below.

The Dutch philosopher Baruch Spinoza (1632–1677) wrote in “Ethics I”: “Nothing in Nature is random. … A thing appears random only through the incompleteness of our knowledge.”

“As we currently understand it, quantum randomness is true and absolute randomness,” said theoretical physicist York Dobyns in an email to the Epoch Times. “Nothing in the universe can predict quantum outcomes except at a statistical level.”

Put simply, things are considered fundamentally fuzzy or indeterminate in quantum theory. A particle may behave as a wave; Heisenberg’s uncertainty principle states that we have a limited ability to know more than one physical property of a particle (such as position and momentum) at the same time; radioactive decay is unpredictable, it results from a particle quantum tunneling into or out of the nucleus.

As far as physicists can tell, quantum mechanics includes true randomness. But Spinoza may still be right.

Dobyns admitted that it is possible even quantum randomness is not truly random. If that is so, quantum theory would have to be majorly reworked.

Physicists expect such a reworking. Quantum theory has major gaps and scientists are seeking a new major theory to replace or complement it.

Science is torn between classical physics and quantum physics. Each holds true in certain circumstances, but neither can explain how everything works.

“Current quantum theory can and will be replaced if a better theory (one that explains more) can be devised, and a theory that can make accurate predictions of events that are random according to the current version of QM [quantum mechanics] would be a great candidate,” Dobyns said.

If quantum theory is replaced by a so-called “Theory of Everything,” the idea of randomness may also disappear. No theory that can predict random quantum events has been proposed, so for now we must assume they are truly random.

Machines called random number generators (RNGs) use the quantum processes to generate encryption keys for banks. They are also used as tools for various scientific experiments.

RNGs have particularly been used in psi (the unknown “psychic” factor that cannot be explained by known physical and biological mechanisms) experiments; for example, researchers have used them to test whether a person could exercise psychokinesis by causing the machine to produce a pattern instead of randomness.

Dean Radin, chief scientist at the Institute of Noetic Sciences, has also used RNG generators to conduct psi experiments. He explained how the randomness of RNGs is tested statistically.

RNGs produce random bits. They’re often described as electronic coin-flippers; they randomly produce either a 1 or a zero.

To test the RNG, researchers run tens of millions of bits produced by the RNG through statistical tests (one such suite of statistical tests is called Die Hard, developed by mathematician George Marsaglia at Florida State University). They test the distribution of bits in many ways, using variables that mathematicians have determined should indicate if the RNG is behaving randomly.

“If it passes all of the tests, then you say, ‘As best as we can tell, this is behaving like a true random system,'” Radin said. “But it’s quite true that you actually never know. Because it could be that after you’ve tested the 10 million random bits that the next 10 million might all come out the same, or some silly thing like that.”

“You assume that the sample of the tested bits is a fair representative of the whole population of bits and accurately reflects how the RNG works,” he said.

Some RNGs use computer algorithms instead of the “noise” created by quantum processes. These are sufficient for certain uses, but the resulting sequences are deterministic, and some uses require truly unpredictable, non-deterministic sequences.

If you go to an online poker site, for example, and you know the algorithm and seed, you can write a program that will predict the cards that are going to be dealt

Some RNGs also use thermal or atmospheric noise instead of defined patterns. But these may still be biased, for example, toward higher or even (as opposed to odd) numbers. RNGs using quantum processes are considered the most random.

In addition to banking encryption and psi tests, MIT Computer Science and Engineering Professor Steve Ward, pointed out another use for true randomness in a post on the MIT website: “If you go to an online poker site, for example, and you know the algorithm and seed, you can write a program that will predict the cards that are going to be dealt.”

Radin said the encryption keys produced by true RNGs are the best we can do at present, as confirmed by the mathematics used to test them. Quantum mechanics appears to provide us with true randomness, for now at least.
Posted by arclein at 12:00 AM