Linux Took Over the Web. Now, It’s Taking Over the World 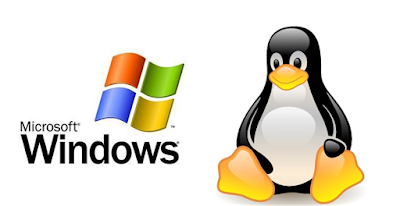 I do not think that anyone ever anticipated the advent of free user supported software, or that it would become the dominant business model.  Linux has achieved just that and it is a certainty that the whole body of classic applications  is also well down the road.  Essentially step by step the Microsoft business model is been driven from the field proving once again that monopoly is not immortal.  A huge reason for this is simply it capacity to last and last.  Soon every coder becomes a linux coder

i realized today that my own reliance on micro soft has been steadily declining as the operating system becomes increasingly invisible.


So yes we are all migrating to Linux platforms and not even noticing.
.

Linux Took Over the Web. Now, It’s Taking Over the World

ON AUGUST 25, 1991, a Finnish computer science student named Linus Torvalds announced a new project. “I’m doing a (free) operating system,” he wrote on an Internet messaging system, insisting this would just be a hobby.

But it became something bigger. Much bigger. Today, that open source operating system—Linux—is one of the most important pieces of computer software in the world. Chances are, you use it every day. Linux runs every Android phone and tablet on Earth. And even if you’re on an iPhone or a Mac or a Windows machine, Linux is working behind the scenes, across the Internet, serving up most of the webpages you view and powering most of the apps you use. Facebook, Google, Pinterest, Wikipedia—it’s all running on Linux.

Plus, Linux is now finding its way onto televisions, thermostats, and even cars. As software creeps into practically every aspect of our lives, so does the OS designed by Linus Torvalds.

But Linus shouldn’t get all the credit. The roots of this OS stretch back much further than 25 years, all the way back to the creation of Unix at AT&T’s Bell Labs in 1969. For decades, Unix was the standard operating system for commercial computing, but there was a catch. It was owned by AT&T, and it only ran on high-end equipment. Geeks wanted something they could tinker with on their personal computers.

In 1984, Richard Stallman started working on GNU, a Unix-clone that stands, paradoxically, for “GNU’s not Unix.” By 1991, Stallman and company had successfully rewritten most of Unix, but they were missing one crucial component: the kernel, which is the fundamental core of an operating system—the part that talks to the hardware and translates the basic input from your keyboard, mouse, and touchscreen into something the software can understand. So Torvalds decided to create a kernel.

Soon, other developers were using the Linux kernel in combination with GNU and a wide variety of other tools in cobbling together their own operating systems. Many people still insist on calling these operating systems “GNU/Linux distributions.” But it’s the kernel that powers Android and so many other newer pieces of software.

The rise of Linux mirrors the rise of the web, which just happens to have started around the same time. It’s hard to pin down exactly how popular Linux is on the web, but according to a study by W3Techs, Unix and Unix-like operating systems power about 67 percent of all web servers. At least half of those run Linux—and probably the vast majority.

Even Microsoft, once the sworn enemy of Linux, has embraced this open source OS. In 2012, the company announced that it would let companies run Linux on its cloud computing service, Microsoft Azure. About one thirdof Azure instances are now running Linux instead of Windows. And Microsoft itself is using Linux for some of the networking tech behind the scenes of Azure. In fact, Linux is so crucial to web development that Microsoft partnered with Linux vendor Canonical to make it easier for programmers to build Linux applications on their Windows laptops.

There are a few reasons for all this. The most obvious is that while Windows Server licenses cost money, most versions of Linux are free to download and use even for commercial purposes. Beyond that, Linux is open source, which means anyone can freely modify and redistribute its source code, tweaking it to better serve their own purposes.

As the web grew, developers tweaked Linux to meet their needs and released new Linux-based operating systems that bundles all their favorite web technologies together. Important technologies like the Apache web server, MySQL database, and the Perl programming language became staples of every major Linux distribution.

But Linux also got lucky. It wasn’t the only free operating system of the 1990s, but a legal battle between AT&T and a company called Berkeley Software Design slowed the growth of some of Linux’s major competitors.

For years, Linux remained in the background, quietly powering web servers for the world’s largest companies, but never finding much success on personal devices. That changed in 2008, when Google released Android and it first found its way onto phones. Android can’t run Linux desktop applications that haven’t been translated to Google’s platform, but Android’s success has been a huge boon for Linux and the open source community by finally providing that open source software could work in consumer applications.

Android now dominates the smartphone market. According to industry research firm Gartner, the operating system accounted for about 84 percent of the market during the first quarter of 2016. But Linux’s reach now extends so much further than smartphones. You can already find Linux in smart TVs from companies like Samsung and LG, Nest thermostats, Amazon’s Kindle e-readers, and drones from companies like 3DR.

Those huge displays in Tesla cars are powered by Linux, and many car companies—including Toyota, Honda, and Ford—sponsor the Automotive Grade Linux project, which is dedicated to building software for connected cars. And when self-driving cars finally hit the road, you can bet they’ll be powered by Linux.

Companies turn to Linux today when they want to build new technology for the same reason that web developers turned to the operating system in the 1990s: they can customize it to meet their needs, and then share (or sell) the results without having to get permission. And it’s all because a Finnish student decided to share his work with the world. Not bad for a hobby project.
Posted by arclein at 12:00 AM