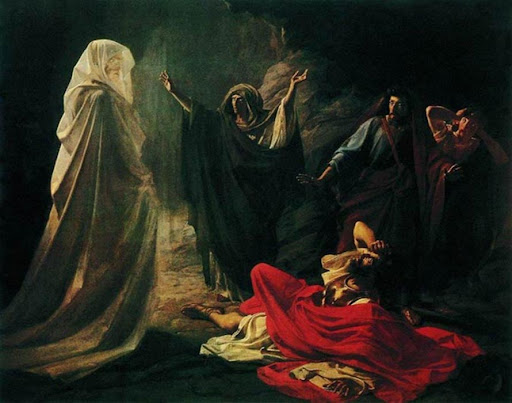 The dark side of prayer is the curse.  It says much of global Christianity and Buddhism that applying spiritual practice for unethical ends has been largely abandoned.  Yet the temptation is still there and some do dip into those waters.  Inimical spirits do exist and they will tempt.

These tablets inform how prevalent such practice was in pagan culture.

Our cultural pass through secularism has separated many from the actual practice of prayer while meditation is taking its place. Prayer has been taught as a selfish act and this must be guarded against.  It is useful to ask for superior resolutions that help others as a matter of ongoing practice.  It is better to ask others to pray on your behalf for your own intentions.


Ancient Witchcraft and the Spell of the Pella Curse Tablet

In the first half of the 4th century someone wrote a text in Doric Greek idiom. This text became known as the Pella curse tablet. Over the centuries, it became a key object in the argument supporting the theory that the ancient Macedonian language was created by the Doric dialect and one of North-Western Greek. It is also considered as one of the magical texts of ancient Greece.

The text was discovered in Pella, the capital of ancient Macedonia and was probably created between 375 and 350 BC. It was a period when Amyntas III, Alexander II, Perdiccas III, and Phillip II ruled the growing empire. The ancient Greeks believed in a number of deities and they were aware of the powers of nature. With these beliefs in mind, they also liked to use magic for their own purposes. Apart from oracles, spells were valued in ancient Greek society as well.

Most of the known curse tablets were written in Greek. There are about 1,600 tablets that have been discovered in this language. The Pella curse tablet is one example of these texts from ancient times.

Curse tablets, also known as binding tablets, were very popular in Greece. They were seen as a way to ask spirits, gods, and goddesses for support or to do away with a person or a problem. Ancient Greeks used herbs and fire to make their spells stronger. However, many spells were also created with stones or baked clay to make them survive for many years. These kind of spells were called katadesmoi or defixiones, and it was believed that they would work as long as the text existed. 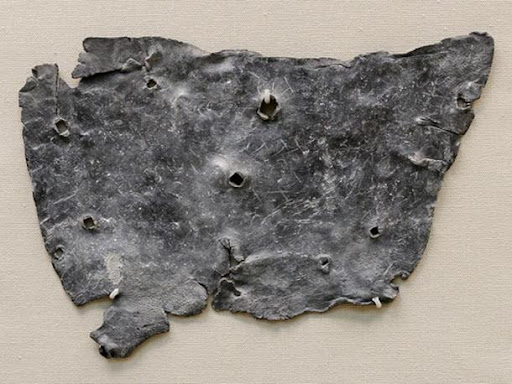 Curse Tablet found in London. Inscription reads: "I curse Tretia Maria and her life and mind and memory and liver and lungs mixed up together, and her words, thoughts and memory; thus may she be unable to speak what things are concealed, nor be able." (Translation: British Museum). ( Public Domain )

A Curse from Pella

There are many translations of the text on the Pella curse tablet. The inscription is available on the internet, so any person who knows ancient Greek may try to read it. According to a specialist in this field, James L. O’ Neil from the University of Sydney, the translation of the ancient text is:

''I forbid by writing the ceremony and the marriage of Dionysophon and Thetima, and of all other women, and widows and virgins, but especially Thetima, and I assign them to Makron and the daimones. And whenever I shall unroll and read this again, after digging it up, then Dionysophon may marry, but not before. May he not take any wife but me, and may I and no other woman grow old with Dionysophon. I am your suppliant; pity me. dear daimones, for I am weak and bereft of all friends. But protect me so this does not happen and evil Thetima will perish evilly, [undecipherable] mine, but may I be fortunate and blessed, [undecipherable].''

The Pella curse tablet calls on the divine powers to solve the author’s problem. The author of this curse was a woman named Dagina. Her beloved, Dionyspohon, was about to marry a woman named Thetima, but Dagina didn't want him to do this. She asked the deities to make Dionysophon marry her, not Thetima. She also requested that her beloved be unable to marry any other woman. She only wanted him for herself.


An analysis of her actions suggests that Dagina could be called an ancient Greek witch. Following this idea, she would be one of the earliest known witches in ancient Greece.

Dagina believed in magic and her vocabulary suggests that that she was from Western Greece. It also appears that she may have been a part of the lower-class in Pella. The curse tablet cannot be compared to the royal texts of ancient Macedonia but it is an important example of the language that was used by less wealthy people of the time.

According to a specialist in ancient Greek languages, the Pella curse tablet is one of four texts which have been found representing the local dialect from Macedonia. It confirms that Doric Greek was used in this area and became a basis for the Ancient Macedonian language. James L. O'Neil believes that the tablet shows word forms which are Doric but very different from other forms of the Doric dialect in other parts of the Hellad.
Posted by arclein at 12:00 AM