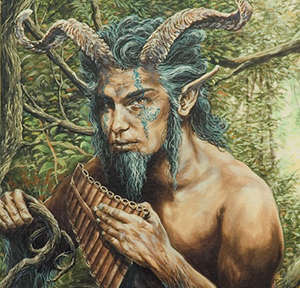 A readers comment inspired me to put together a descriptive covering the apparent cosmology of the spirit world.  As we have already understood, the whole spirit world itself exists fully as part of the second tier of matter.  Yet even there, the matter provides the skeleton while the photons consisting of two dimensional strips forming Mobius strips contain the information in the form of number.  Note that both these are rigorously time independent.

However, we are not trying to give you a headache.  What this means is that life was initiated by spirit forms who themselves were plausibly self initiated, certainly way easier than can be imagined possible in a chemical soup.  It is plausible that this can be proven by mathematics as we understand it.

More important, though is that natural logic includes the sixth operator which is self confirmation of a result.  This drives not only the spirit world but life as we know it.  We understand it as progress.

These cellular spirit bodies eventually self networked in various forms to produce the evolving lifeforms we are all part of. This produced a superior spirit consciousness that could discard the cellular forms on the death of the physical body and remain intact.

Yet these spirit forms were active pursuing the interests of the specific lifeforms that they reflected and typically they empowered many aspects of themselves to operate individual organisms.  Thus we meet the green man whose aspects empower thousands of oaks.  Then we heard of the God of the dandelions. Logically sprites are human like images of of perhaps a single cellular linage.

A mature spirit form, once it is ready will transition to a human form and continue its maturation in that form.  Yet even here it normally expresses around thirty independent individuals for one life time in order to process several hundred experiences in one pass before reintegration.

In this cosmology it is clear that Pan has his place as well as all other spirits perceived in the past..

thanks. Denial stage for everyone when it comes to roundup.

Good question regarding Pan. It is all part of a spirit cosmology. The Green man is associated with Oak groves in particular ala the druids. However, the same principal extends to all plant species and surely to all unique life forms. Thus Pan might be the God of the horse.

A child reported that he or she had been the God of the Dandelions. That same week my medium was shown a spirit being that was surely this same 'God'. The spirit world is clearly using such visions to allow myself and the medium to triangulate knowledge. This way we arrive at certainty however astounding.


Our 6 South Central PA (USA)acres are bordered on all sides by a local dairy and poultry farmer's Round-up ready crops of corn, soybeans, winter wheat. The fall off of monarchs here has also been noticed. We maintain a wild (and growing) "patch" of milkweed in the hope that it will help. Only 2 monarchs spotted this year although many pollinators of of all types (native bees, etc.) and other butterflies (lots of Yellow Swallowtails) visiting our perennial garden as well as the bloomed red clover which I leave for them in different spots of the yard after mowing. The local farmers think I'm crazy. Many birds of all types here on our 6 acre GMO-free property but rarely do we see any in the bordering crop fields. Most likely, no earthworms in that soil either. Only today, discovered your blog. Very interesting. Thank you.
p.s. Is The Green Man the same as "Pan?"
Posted by arclein at 12:00 AM