Hillary Clinton May have Parkinson's Disease 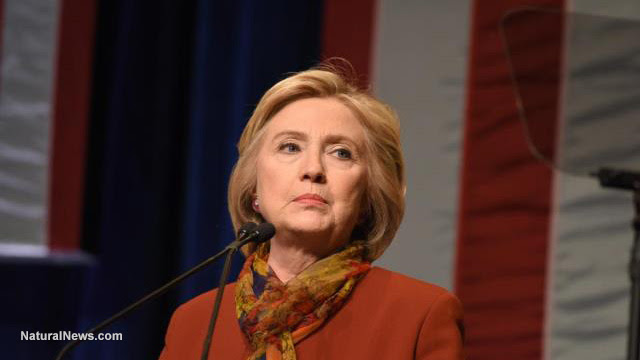 This is just about right.  I have personally lost two close colleagues to this disease and worked with them through the decline over a decade.  They were both diagnosed in their early sixties and were able to function successfully for ten years while largely hiding the symptoms.  There is also no obvious loss of cognition and little loss of the ability to vocalize which was important in my friends case as both depended on the telephone to earn their livings.

However, after all that live gets difficult.  Without question it appears that h has entered that later stage of her disease and will soon enough be dealing with real physical disability.

One thing little mentioned is that this disease exhausts you.  How would you like to have a leg doing aerobics while you attempt to sleep.  It makes rest difficult to properly schedule and slowly eliminates your ability to address difficult issues.  Everything suggests that she is there and can not possibly serve out her term if all this is true.

Speaking with Gary Franchi of the Next News Network, Dr. Ted Noel examines "the facts of Hillary's critical and debilitating medical crisis," concluding that the presidential candidate has Parkinson's disease.

Noel issued his opinion based on 30 years of experience in the medical field and observation of Clinton's symptoms, leading him to speak out publicly on the matter – a brave decision considering the treatment endured by TV personality Dr. Drew Pinsky following the comments he made on Clinton's health.

In the recent video interview, Noel discusses PDLID, a side-effect resulting from one the most common treatments for Parkinson's disease. The drug is called Levodopa and causes a range of side-effects including numbness, dry mouth, heartburn, headaches and dizziness.

Noel says Clinton's difficulty swallowing is a result of Parkinson's disease; however, others counter it may be caused by dysphagia, an effect of strokes or brain damage.

The doctor believes that Clinton has had the degenerative disease for at least 10 years.

Liberty News Now reports that while we cannot be sure what Clinton's illness is, it's clear that the woman is suffering from something.

"Hillary has something wrong with her and these theories or conspiracies as Hillary like to call them, will continue until she is honest about her health."

So far, the presidential candidate has been seen having coughing fits on television, and on one occasion required the help of multiple men to climb a small set of stairs.
Dr. Drew says he would be embarrassed to be Hillary Clinton's physician due to the antiquated care she's receiving

Appearing on a radio show in California to "debunk questions" about the candidate's health, Pinsky surprised listeners by saying he was "gravely concerned" about Clinton's physical well-being.

The doctor, known for his role as an addiction therapist on VH1's Celebrity Rehab, said that after reviewing Clinton's public health records, he grew concerned about the type of medical care she is receiving, describing it as antiquated, particularly for an elitist with strong political influence.

Pinsky and his colleague agreed that Clinton should be receiving a higher standard of care, after learning that the candidate is being prescribed medicine that was popular in the 1960s.

"Both of us concluded that if we were providing the care she was receiving, we would be ashamed to show up in a doctors' lounge. We would be laughed out. She's receiving sort of 1950s-level care by our evaluation," Pinsky stated on KABC's McIntyre in the Morning show.

"Pinsky said Clinton has received unconventional treatments over the years, calling the medical decisions 'bizarre' and speculating that it could be causing uncommon side effects," Fox News is reporting.

A review of the candidate's schedule shows that Clinton will be taking the next five days off and won't reappear until Wednesday, September 14.
Symptoms of Parkinson's disease

Individuals in the early stages of Parkinson's disease often show little or no facial expressions as Clinton has been known to do. Arms sometimes fail to swing normally while walking, and speech may become soft or slurred, according to the Mayo Clinic.

Symptoms of the disease worsen over time.
Posted by arclein at 12:00 AM