The Search for Malaysian Airlines MH370 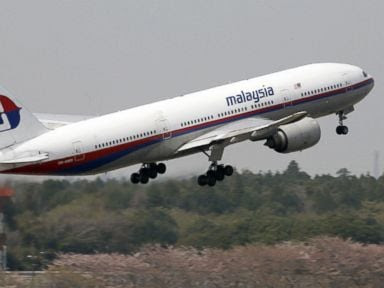 This story does not appear to be going away anytime soon.  This work pretty well rules out the idea that the craft flew into the Southern Indian Ocean.  And of course it reopens the far too readily dismissed Bay of Bengal anomaly.  As well, the sighting by the yacht in the Bay of Bengal of a low flying aircraft streaming smoke conforms to this scenario as well.  However that makes the pings misleading and we are already going there.

That report also had the clear ring of authenticity as well.  Other reports are second hand but further west.  This also suggests that the plane failed to stay aloft all that long after whatever happened took place.   All this conforms to a fire breaking out in the cargo hold, emergency measures taken by the pilots to deal with the problem before succumbing to the fumes and the plane itself succumbing to the fire fairly quickly thereafter..

Right now we have found a wreak that needs to be looked at.  Excuses are unimaginable.


The staff at GeoResonance are not prone to conspiracy theories, we all deal with facts and science. It appears some of  the authorities involved in the search have not been completely transparent with all of the facts. The MH370 tragedy has created more world interest than any event since 9/11, under those circumstances 100% transparency is a must. There are many unanswered questions.

The families and friends of those on board MH370 are dismayed that Inmarsat admitted the raw data released was only enough to prove their original model. Everyone was expecting all of the raw data to be released which would have allowed alternative models to be created. This could have shown up any errors that may exist in the original model which “assumes” MH370 ended up in the Southern Indian Ocean.

Many people are asking why the Australian over the horizon radar Jindalee Operational Radar Network (JORN) did not see MH370. The map below showing the JORN range is taken from an Australian Air Force fact sheet on JORN (https://www.airforce.gov.au/docs/JORN_Fact_Sheet.pdf):

On 26th of June 2014, the Deputy Prime Minister Warren Truss presented the latest search area in the Southern
Indian Ocean: 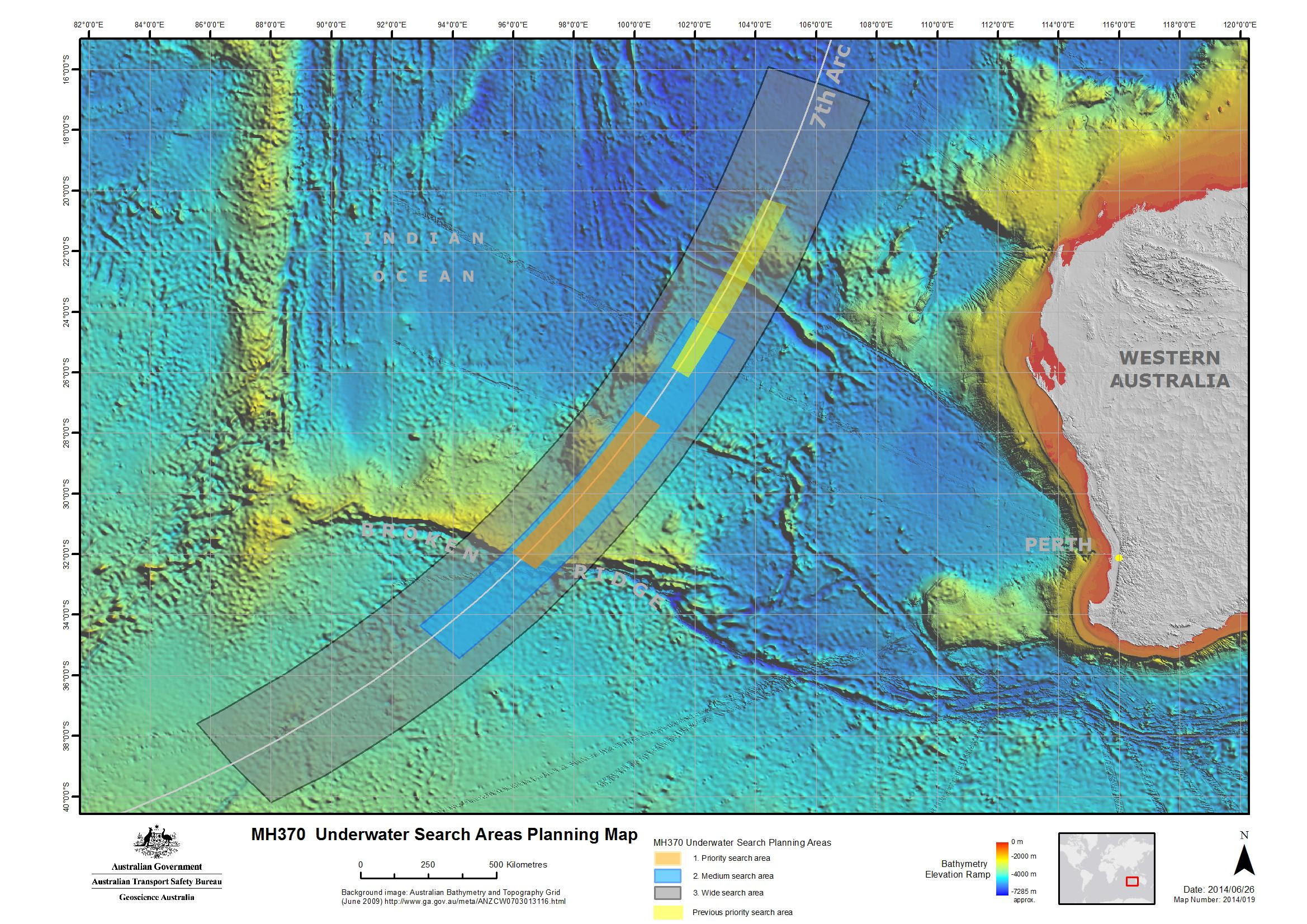 It is clear if MH370 did fly along or land on the assumed Inmarsat Southern arc flight path, then JORN would have seen it to the North/West and West of Australia. One report suggests the Laverton based radar may have been looking North for Asylum seekers arriving by boat. If this is reality it would have been looking to the North and West of Christmas Island as that is where nearly all boats head to or past when making for Australia from Indonesia. No matter which  direction the Laverton radar was looking whether North or West, it should have seen a large commercial aircraft on the assumed Southern arc. Angus Houston representing JACC and Martin Dolan Chairman of ATSB have stated numerous times the Inmarsat model of a Southern arc is a fact. Family members and experts are asking the Australian authorities why JORN did not see MH370 if the Southern arc is indeed a fact. They have been given flawed logic on radar direction, but mainly silence. Independent investigators will be asking the Australian Government many questions on this  topic.

The families are asking why some commercial cargo remains unidentified. Considering the scale of this tragedy all details must be released. The families want to  know why the Malaysian Government would withhold such crucial information.

The  families also would like to know why Rolls Royce will not release the data on pings sent from MH370 at: 2:25am, 2:27am and 8:19am. The pings at 2:25am and 2:27am are out of the ordinary, as pings should normally be sent every hour only unless there is a problem with an engine. The data would normally include engine performance details as well as other aircraft data.

GeoResonance stands by its claim that we have located what appears to be the wreck of an aircraft 190km South of the Bangladesh coastline in 1,000 to 1,100  metres of water. We have never claimed this to be MH370, however it is a lead that must be thoroughly followed through. It has been confirmed that the precise location supplied by GeoResonance to all authorities involved in the search for MH370 has not been searched. The main reason for ignoring the location is the Australian Transport and Safety Bureau (ATSB) Chairman Martin Dolan making a statement that GeoResonance methodology cannot do what we claim. This is  without ever having anyone contacting GeoResonance for a technical presentation. This slanderous and ignorant statement by a senior public servant is unfathomable when GeoResonance regularly produces accurate results for commercial clients around the globe.

GeoResonance staff wish all of the families and friends of those on board MH370 all the best in the continued search for their loved ones.