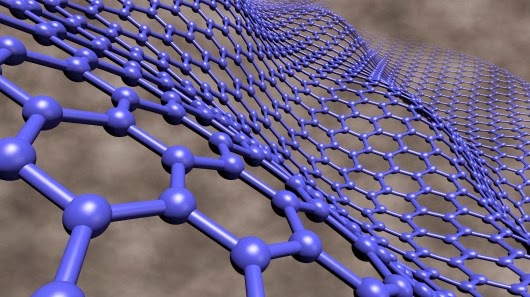 Slowly but surely we are getting there. Now imagine two layers on either side of flexible stretchy material. Modest annealing might produce almost perfect sheets of graphene. Sooner or later this is going to be possible and here we the many ways forward.


Again we are coming closer to the multilayered sandwich.


This technology is now almost a decade old and the advances have been excellent. There is little doubt that it will become central to all aspects of technology.

Despite its many desirable qualities and potential applications, graphene still isn't as widely used as it could be for one main reason – it's difficult to apply to surfaces, particularly large ones. Attempting to do so often causes damage to the graphene, or otherwise results in a non-uniform, flawed coating. Now, however, scientists have devised a method of simply spraying the stuff on, that actually improves the graphene in the process.


Prof. Sam S. Yoon at Korea University had already been working on a kinetic spray deposition system, that could apply liquids to a variety of materials by accelerating droplets to supersonic speeds via a de Laval nozzle. He was approached by the University of Illinois at Chicago's Prof. Alexander Yarin, who believed that the technology could be used for the application of graphene flakes suspended in a carrier liquid.


The result of their collaboration is a system that reportedly applies graphene to various substrates in a smooth, even layer. The liquid evaporates quickly, leaving behind a coating of well-distributed flakes that resist clumping together, but that also don't have any large empty spaces between them.


While the relatively flawless overall coating was what the scientists had been hoping for, they were surprised to discover that the deposition process also corrected flaws already present in the individual flakes. This was likely due to the fact that the "imperfect" graphene was forced to stretch out in all directions as it hit the substrate at supersonic speed, its linked carbon atoms subsequently defaulting back to a more uniform, hexagonal alignment with one another.


According to Yarin, the new process is "simple, inexpensive, and can be performed on any substrate with no need for post-treatment."


A paper on the research was recently published in the journal Advanced Functional Materials. Scientists at MIT and the University of Michigan are developing another graphene deposition technique, that involves the application and subsequent removal of metal foil to the substrate.
Source: University of Illinois at Chicago