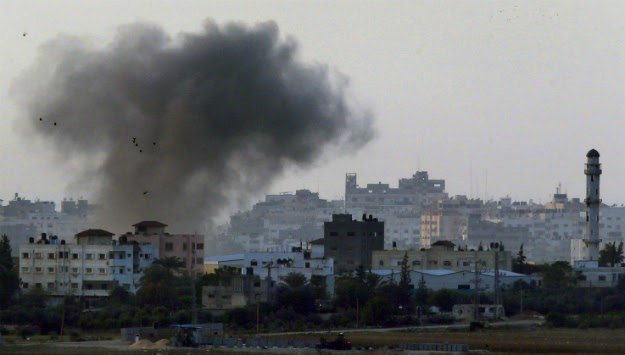 I do not know what the outcome will be, but this is now a potential action to completely dissolve all resistance in Gaza.  As this makes completely clear two things have happened.  All potential allies are engaged elsewhere and with the Ukraine, that even includes Europe and Egyptian interests now coincide with Israel's.

The bloodletting is well begun, but at some point all remaining Gaza combatants will be dead or captured or fleeing.  At that point Israel has the option to conduct a house to house search for all potential enemy combatants and to imprison them all.  It can then set up a representative government with the cooperation of the Egyptian government who also no longer needs this side show.  such a government will not tolerate a radical agenda.

As well the outright liquidation of Hamas will place the present Palestinian leadership in a position to develop a more moderate position regarding negotiations.

Again my three cities solution continues to look attractive mostly because it provides ample face saving solutions to sharing spoils and future control.  To start with a pacified Gaza needs huge capital and infrastructure investment to turn it into a prosperous city.  That can be provided under a new representative regime that is inherently moderate.