The Richest Man in Asia is Selling Everything in China 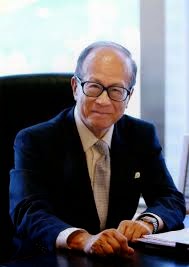 I too find this disquieting for different reasons though. Li Kai Shing was the first guy in when the military led Deng's efforts to invite capital investment back in the early eighties. Li was heavily affiliated with the Hong Kong Shanghai Bank then and ultimately this led to the need to rebuff chinese advances. Thus it is plausible that Li has been asked to leave quietly as his protectors have all aged out as well.

This could well be driven by the reshaping of the internal political structure that we know is going on leading to prudent divestiture.

It is also noteworhy that the chinese military has become unwisely frisky over the past two years. All that makes me nervous, let alone if I had assets in country and was exposed to credit risk.

The richest man in Asia is selling everything in China

Here’s a guy you want to bet on– Li Ka-Shing.

Li is reportedly the richest person in Asia with a net worth well in excess of $30 billion, much of which he made being a shrewd property investor.

Li Ka-Shing was investing in mainland China back in the early 90s, way back before it became the trendy thing to do. Now, Li wants out of China. All of it.

Since August of last year, he’s dumped billions of dollars worth of his Chinese holdings. The latest is the $928 million sale of the Pacific Place shopping center in Beijing– this deal was inked just days ago.

Once the deal concludes, Li will no longer have any major property investments in mainland China.

This isn’t a person who became wealthy by being flippant and scared. So what does he see that nobody else seems to be paying much attention to?

After years of unprecedented monetary expansion that has put the economy in a precarious state, the Chinese government has been desperately trying to reign in credit growth.

The shadow banking system alone is now worth 84% of GDP according to an estimate by JP Morgan. The IMF pegs total private credit at 230% of GDP, jumping by 100% in the last few years.

Historically, growth rates of these proportions have nearly always been followed by severe financial crises. And Chinese leaders are doing their best to engineer a ‘soft landing’.

If they’re successful, the world will only see major drops in global growth, stocks, property, and commodity prices.

If they fail, the spillover could become pandemic.

This isn’t important just for Asian property tycoons like Li Ka-Shing. Even if you don’t know Guangzhou from Hangzhou from Quanzhou, there are implications for the entire world.

Here in Chile is a great example.

Chile is among the top copper producers worldwide, China among its top consumers. With a major slowdown in China, however, copper prices have dropped considerably.

Consequently, the Chilean economy has slowed. The peso is down nearly 10% against the US dollar in recent months, and the central bank is slashing rates trying to prop up growth.

There are similar situations playing out across the globe.

Not to mention, China could put the entire global financial system on its back just by dumping a portion of its Treasuries in order to defend the yuan.

Now, you’d think that a major credit crunch with far-reaching consequences in the world’s second largest economy, its largest manufacturer, and its largest holder of US dollar reserves, would be constant front-page news.

Most traditional investors are unaware that what’s happening in China will likely have far greater implications to their investment portfolios than the policies of Janet Yellen and Barack Obama combined. At least for now.

And folks who don’t see this coming and keep buying at the all-time high may see their portfolios turned upside down. Quickly.

At the same time, some investors who are conservative and cashed up may realize a real ‘blood in the streets’ moment.

Again, using Chile as an example, I’m starting to see over-leveraged property owners coming to the market in droves ready to make a deal. This is great news because my shareholders and I are able to buy far more property with US dollars than we could even just six months ago.

I expect this trend to hold given that China is just at the beginning of its process.

It’s said that the Chinese word for “crisis” is a combination of “danger” and “opportunity”.

This isn’t entirely accurate. ‘Weiji’ can have several meanings, but is probably best translated as ‘dangerous’ and ‘crucial point’.

We may certainly be at that crucial point, and now might be a good time to take another look at your finances and consider selling before a major crash. The richest man in Asia certainly thinks so.

About the author: Simon Black is an international investor, entrepreneur, permanent traveler, free man, and founder of Sovereign Man. His free daily e-letter and crash course is about using the experiences from his life and travels to help you achieve more freedom.