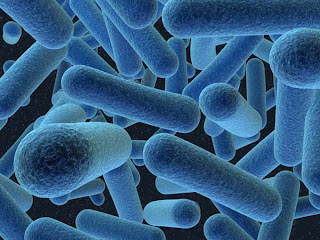 This an extraordinary discovery. The immediate take home is that a mulch of operating in difficult conditions can be applied to enhance seed receptivity and likely prepare the soil. If it can be used to sharply cut water demand in corn, then that would be huge globally were dry land cropping generally prohibits corn.

The real promise here is that we may be able to dispense with one off genetic work or even a lot of plant breeding.

It also reaffirms the value of shallow tillage methods. The fungal and microbiome content is extremely important and suggests that many failures and slow acceptance has a lot to do with the need for the soil to fully condition itself.


New Scientist - researchers sprayed spores from D. lanuginosum's endophytes (fungus) and sprayed them onto wheat seeds, which normally grow at temperatures up to 38 °C. With the spores, the wheat could grow at 70 °C and needed up to 50 per cent less water than normal.


Different microbiomes can confer a range of superpowers to a number of crops.Rodriguez's group have also isolated endophytes from a salt-loving dunegrass (Leymus mollis), and a strawberry plant (Fragaria vesca) that grows at high altitude at temperatures as low as 5 °C. Rice plants that had been sprayed with the fungi became able to tolerate salt and cold, respectively. They also grew five times larger and needed half the water of normal plants


The results were immediate: within 24 hours of being sprayed, the seeds began sprouting a greater number of longer roots than untreated seeds, and the team found that they expressed genes involved in stress-resistance and drought-tolerance. That suggests endophytes could help crops cope with droughts like the one afflicting the US.

Rodriguez thinks the fungi are jump-starting the plants' metabolism, although the exact mechanism is still unclear. "The plant has the ability to do all this, it just can't get its act together without the fungi," he says.


While attempts to genetically engineer plants to become drought-tolerant involve switching on metabolic pathways one at a time - a costly, drawn-out process - the fungi appear to activate them all in one go. "Nature's figured it out, we haven't," says Jerry Barrow, now retired from New Mexico State University in Las Cruces.


Regina Redman, Rodriguez's collaborator and partner, has developed the spores as a powder that can coat any crop seed. The pair have started a company, Symbiogenics, which is carrying out field trials on rice sprayed with the fungus Trichoderma, isolated from dunegrass. The fungus allows the rice to grow at cold temperatures in salty environments; rising sea-levels due to climate change makes salt-tolerance a sought-after trait.


Initial results show treated plants can yield 35 per cent more grain than untreated ones. A second field trial in corn is underway in Michigan, in the heart of the drought. Based on lab results, Rodriguez says they expect that the endophytes will lessen the amount of water the plant needs.


What's more, lab tests suggest endophytes do not harm the plant in wet conditions, in contrast to drought-tolerant GM plants, which tend to grow poorly when the weather turns.

Barrow and Mary Lucero, also at New Mexico State University, have transferred endophytic fungi and bacteria from the drought-tolerant desert plants Atriplex canescens and Bouteloua eriopoda into tomatoes, chillies and grasses that would serve as feedstock for cattle. They found that yields increased in all three crops (USDA Forest Service Proceedings, 2008, p 83).


Rather than isolating individual species of fungi, Lucero believes it might be more effective to harness the whole microbial community by mulching up drought-tolerant plants' roots and growing crops in them. "We don't really know how many microbes are in there; we're looking at one little snapshot," she says. The crosstalk between the different species of microbe might be as important as that between the microbes and the plants, she adds.


Either way, transferring plant microbiomes might be a fast way to meet the UN's Food and Agriculture Organization's goal to double global food production by 2050. With droughts such as the one affecting the US expected to become more frequent over coming decades, plant biologists aren't hopeful that they can meet this goal through genetic engineering.