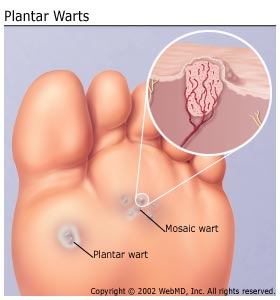 Home remedies usually have plenty of good science to back them up but lack a convincing business plan to allow them to be sold to you.  I have come across this phenomena over and over again and until medical schools rethink their approach, it will continue.

Of course some such remedies turn out to be way to induce abstinence in an individual whose health is already failing and whose best chance is abstinence.

Meanwhile here are ten excellent examples to attempt if you are suffering from the ailment.  Meanwhile, I will also add a couple more here.

Sinusitis reflects normally a chronic infection inside your sinus passages.  The difficulty is that these passages are surfaces that are external to the internal circulation system, and this makes internal treatment a long shot.  The solution is to introduce an antibacterial solution into one’s nostrils to allow access to those surfaces.  The obvious one is a simple saline solution which is very safe and will penetrate quite well.  Plenty of repetition is generally needed.  However, hydrogen peroxide is vastly superior and will penetrate to every surface simply because the molecule is the same size as a water molecule.  The catch of course is that it must be dilute and that means less than one percent.  Anyone trying this needs to taste the solution for any sign of stinging and then apply gingerly with water on hand to rinse it out.  Otherwise it takes about three treatments over three days of three drops per nostril and in my case it was completely successful in clearing the system.

Have the standard home chemical in your tool box.  That includes baking soda, ammonia, rubbing alcohol, and hydrogen peroxide and do respect them.  You will be surprised what they can be used for as all are small effective molecule, it is pretty quick to provide answers and all can be washed away.

Nobody is nay saying the wonders of modern medicine—what would we do without a medication like penicillin to treat infections? But, as it turns out, everyday items have secret curing powers, too. Next time you don’t want to fork over money to get a common wart removed, consider using duct tape. Already popped two aspirin but can’t get rid of the headache? A pencil could do the trick. Below, get medical explanations behind a few bizarre—albeit brilliant—MacGyver-esque home remedies.


In 2002, a group of doctors compared duct tape’s effectiveness with liquid nitrogen in removing warts. After two months of wearing duct tape on a daily basis and using a pumice stone about once a week to exfoliate the dead skin, 85 percent of patients' warts were gone, whereas freezing only removed 60 percent. “The question is whether there is something in the chemical adhesive itself, or if the occlusion (suffocation) causes the destruction of the wart,” saysNew York City–based dermatologist, Robin Blum, MD. “The other thinking is that the duct tape causes irritation, which stimulates our body’s immune cells to attack the wart.”


While there are no studies to prove coating infected toenails with vapor rub once or twice a day is an effective treatment for nail fungus, a basic Internet search results in a number of personal testaments to the medicinal ointment's fungus-killing powers. “I’ve heard many patients say that vapor rub does help, but I’m not exactly sure why,” Dr. Blum admits. While some argue it's the menthol in the balm that kills the fungus and others say it’s the smothering effect of the thick gel, if used consistently, vapor rub has been shown to get rid of not just the fungus, but the infected toenail, too, which will turn black and eventually fall off. When the new nail grows in, it should be fungus-free.


“This is absolutely true, as oats have anti-inflammatory properties,” Dr. Blum says. Whether it’s used as a paste or poured into a bath, most experts recommend choosing colloidal (finely ground) oatmeal and soaking the affected area for at least 15 minutes. In addition to reducing inflammation, oats are thought to have an antihistamine effect, Dr. Blum says. By lowering levels of histamine, which triggers inflammation as part of the immune system’s recovery response, she explains, oats prevent or reduce the redness.


Bad breath comes from a number of places, the two most common being the mouth and the stomach. The neutralizing powers of yogurt and other probiotics treat the latter cause. “Yogurt shouldn’t have any effect at all on the bacteria that live on the tongue because it’s not there long enough,” says Robert Meltzer, MD, a New York City–based gastroenterologist and attending physician at . However, it likely has a neutralizing effect on the acid that resides anywhere between the mouth and the stomach, including the back of the throat and the esophagus, he explains. “I think almost any milk product or food that contains live cultures would have the same effect." While yogurt can get rid of bad breath that results from gastrological conditions, like acid reflux, it won't have any real effect on bad breath that is the product of gum, liver or lung disease, says Ohio-based dentistMatthew , DDS.


A Spoonful of Sugar to Cure Hiccups


In 1971, Edgar Engelman, MD, conducted a study to find out if a spoonful of sugar really is an effective cure for hiccups. He assembled a group of 20 patients who had been experiencing intractable hiccups for more than six hours, eight of whom had had them anywhere from a full day to six weeks. Each of the test subjects was given one teaspoon of white granulated sugar to swallow dry, and for 19 of the 20 hiccup patients, the cure was immediate. André Dubois, MD, a gastroenterologist in Bethesda, Maryland, noted in The Doctors Book of Home Remedies that “the sugar is probably acting in the mouth to modify the nervous impulses that would otherwise tell the muscles in the diaphragm to contract spasmodically."


Bite a Pencil to Cure a Headache


While doctors aren’t sure why we do it, clenching our teeth is a common side effect of stress. According to Fred Sheftell, MD, director of the for Headache in , when we clench up, we strain the muscle that connects the jaw to the temples, which can trigger a tension headache. By placing a pencil between our teeth—but not biting down—we relax our jaw muscles, which eradicates tension and reduces pain. Just remember, the remedy really only applies to tension headaches—not migraines or headaches caused by sinus pressure, etc.


According to the National Library of Medicine, there are a number of symptoms that present themselves as a result of motion sickness, including increased salivation, which is the body’s way of protecting the teeth from the high doses of acid accompanied by vomit. Enter olives, which contain tannins that, when released in the mouth, work to dry saliva—first eliminating the symptom and then the body’s instinct to follow suit. However, the treatment is only effective during the early stages of nausea, when the salivation changes first appear.


When you were a kid and had a sore throat, your mom likely made you gargle warm water with salt in it...and she was definitely on to something. According to Douglas Hoffman MD, PhD, author of the website The Medical Consumer's Advocate, a sore throat is an inflammatory response of the infected tissues, and the salt helps draw out the excess fluid to temporarily decrease swelling and the pain it causes. Most remedies call for a ratio of 1 tablespoon salt to 8 ounces of water, but it's always better to opt for more salt rather than less. Just keep in mind that you are treating the symptoms—not the illness. As Dr. Hoffman notes on his website: “The relief is very real, but also tends to be short-lived, since the gargle has done nothing to remove the cause of the sore throat.” -womansday