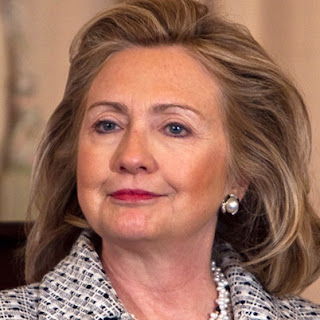 This item out of Newsmax is quite interesting. I think that she is totally right. Joe Biden has been a drag on the Obama presidency from the beginning whatever reasons may have recommended him just as Dan Quayle was a drag on the Bush Presidency.

Yet even when the fix is obvious, history has shown us that a change rarely happens. At least the Dems can have someone to blame.

Hillary has had the chance to mature in her posting and would now be a suitable running mate and possible successor if she wishes to run. It is even possible that she could lend credibility to a revamped economic program.

Palin is also surely maturing in her role and this type of thinking helps broaden her appeal.

I would be surprised if Obama makes the move though.

Palin to Obama: Dump Biden, Get Hillary
Wednesday, 15 Aug 2012 08:21 AM
By Greg McDonald
In what might seem an ironic piece of advice considering the source, Sarah Palin says President Barack Obama should dump Vice President Joe Biden and put Secretary of State Hillary Clinton on the Democratic ticket because Biden's tendency to make "outrageous" statements could be "the nail in the coffin" of the Obama presidency.


Reacting to Biden's remark Tuesday that Republican policies would put Americans "back in chains," Palin told Fox News' Greta Van Susteren that his "disgusting comment" made to a Virginia audience that was half African-American was unacceptable and would likely turn out to be "the nail in the coffin, really," of Obama's re-election bid.

"The strategists there in the Obama campaign have got to look at a diplomatic way of replacing Joe Biden on the ticket with Hillary," the former Alaska governor and 2008 GOP vice presidential nominee said.


While it might seem strange to her supporters and fans for Palin to offer any kind of advice to the president, she was simply stating what some Democrats reportedly advised Obama to do at the beginning of his re-election campaign.

They said at the time that Clinton — the most popular woman in America, according to numerous polls — could ensure victory.

"I don't want to throw out that suggestion and have them actually accept the suggestion, because then an Obama-Hillary Clinton ticket would have a darn good chance of winning," Palin acknowledged. "But really, Joe Biden really drags down that ticket."

Palin, now a Fox News contributor, said Mitt Romney was right to react aggressively in condemning Biden's remarks as a "disgrace to presidency", noting that if a Republican candidate had said the same thing to a similar "demographic" he or she wouldn't get away it.

"I think that [former Massachusetts] Gov. Romney now — having spent years, literally, running for president — has really grasped the notion now that this is not a dress rehearsal. This is it," Palin said. "So he has to use these powerful and truthful and accurate words to describe what President Obama is running on and what he is doing to America.

"Romney's coming out swinging," she added. "This is what we need."

Palin said she believes Romney "has a responsibility to take those gloves off" in the face of a "negative" and "dirty" campaign being waged by the Obama-Biden ticket.

"Let Americans know what this campaign is all about, his side and Obama's side, and let the voters decide," she said.