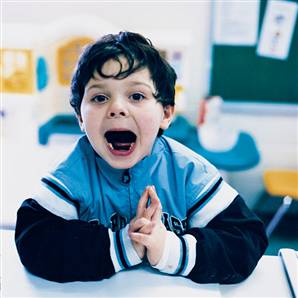 The take home is that the statistical surge in autism is driven by the surge in older fathers. The surge was there and it led to a range of doubtful speculations. If we can narrow the bulk of causation to the demographic shift, then we can set aside biochemical drivers.

There is still something at work here but we will never advance if we are chasing red herrings. Previous posts on autism suggests that we may have cause for hope. Thus focusing on the real problem is additional good news.

Hopefully someday it will be a simple tweak (likely genetic) and the problem is resolved. Could this be a problem of flawed fertilization itself? It is all about the development of the nervous system itself and that is the primary driver.

A new study suggests older dads are more likely to have a child with autism or schizophrenia.


That might be a bit of an over hype. The researchers chalk up the findings to genetic mutations that happen as humans age. But first, let’s delve a little deeper with KABC and WCBS.


KABC: “Researchers say their findings may factor in the increasing autism rate. About 30% of new autism cases involve older fathers.”


“Sperm cells divide every 15 days or so, and all this genetic copying of genetic material inevitably leads to errors. Random mutations in the sperm DNA over years. And all these mutations tend to accumulate.”

Here’s the thing though — despite the headlines, the findings really shouldn’t cause alarm. The scientists in the study say the absolute risk of a dad in his 40s having a child with autism is only 2 percent. But as The New York Times’ Benedict Carey writes, the results provide...


“...support for the argument that the surging rate of autism diagnoses over recent decades is attributable in part to the increasing average age of fathers.”


And it seems the results have sparked a conversation about how times have changed. On Sky News, a correspondent says while some in the medical community think the best age to have kids is in your early 20s...


“The lifestyle that we need now means that more women and men are leaving it later into their late thirties and even the early of the forties.”


And another interesting aspect of the study is it focuses on dads. Most previous research focused on mothers. In fact, when we went looking for statistics about the average age of parenthood, there was just way more out there on moms’ ages.