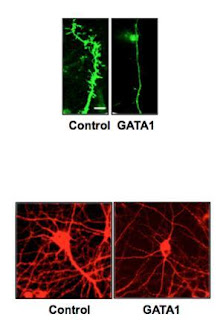 We are talking about major depression here and all that. It appears that we have a biological marker and that this could lead to effective therapies. Similar effects appear typically caused by imbalances in the blood's energy transport and are just that. Major depression lacks such a simple explanation so this is quite welcome. Whether this also leads to a simple therapy remains to be seen.

We probably need another name for this. Common depression is more about been tired and is tossed about far too much. When you are tired, your judgment begins to fail as the brain starves for more energy and actual rest however brief. You can and will feel badly. Yet recovery is often a shot of energy and simple re-engagement with the task at hand. This group is easily separable and most of us soon learn to mange all this.

The other group is another issue and now knowing it is biologically driven allows us to dismiss the red herrings out there.

How Stress and Depression Can Shrink the Brain

ScienceDaily (Aug. 12, 2012) — Major depression or chronic stress can cause the loss of brain volume, a condition that contributes to both emotional and cognitive impairment. Now a team of researchers led by Yale scientists has discovered one reason why this occurs -- a single genetic switch that triggers loss of brain connections in humans and depression in animal models.

The findings, reported in the Aug. 12 issue of the journal Nature Medicine, show that the genetic switch known as a transcription factor represses the expression of several genes that are necessary for the formation of synaptic connections between brain cells, which in turn could contribute to loss of brain mass in the prefrontal cortex.

"We wanted to test the idea that stress causes a loss of brain synapses in humans," said senior author Ronald Duman, the Elizabeth Mears and House Jameson Professor of Psychiatry and professor of neurobiology and of pharmacology. "We show that circuits normally involved in emotion, as well as cognition, are disrupted when this single transcription factor is activated."

The research team analyzed tissue of depressed and non-depressed patients donated from a brain bank and looked for different patterns of gene activation. The brains of patients who had been depressed exhibited lower levels of expression in genes that are required for the function and structure of brain synapses. Lead author and postdoctoral researcher H.J. Kang discovered that at least five of these genes could be regulated by a single transcription factor called GATA1. When the transcription factor was activated, rodents exhibited depressive-like symptoms, suggesting GATA1 plays a role not only in the loss of connections between neurons but also in symptoms of depression.

Duman theorizes that genetic variations in GATA1 may one day help identify people at high risk for major depression or sensitivity to stress.

"We hope that by enhancing synaptic connections, either with novel medications or behavioral therapy, we can develop more effective antidepressant therapies," Duman said.

The study was funded by the National Institutes of Health and the Connecticut Department of Mental Health and Addiction Services.

Thanks... Great job... The above information about Stress and depression is very nice and useful...