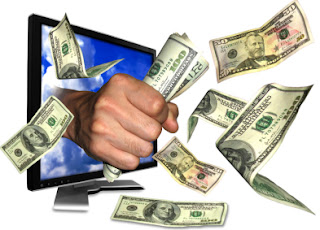 This of course eminent good sense. What it also does is set the stage properly for formally breaking up the oversized operations. That they should be forced to the table this way was an inevitable outcome of their trip to public finance in 2008. That is going to be a one time event unless the banks want to be broken up in a government sponsored fire sale. That is the implied threat.

It is also obvious the the derivatives business needs to become actively regulated. Otherwise the player market is way too small in terms of individual risk accepted. A regulator will know clearly were the exposure is and demand more capital or block further type transactions. This is not a tough call when you know one firm is offside in one direction and that a new offering will weaken the market.

Many things could have been done better, but now in the course of time we are seeing positive steps all over the place. The boys must be tired at not doing much business and have finally woken up to the need for real confidence.

NaturalNews) Is the nation and the world headed for another financial meltdown? You would think so, judging by what U.S. banks have been told to prepare for by regulators.


According to documents obtained by Reuters, officials from the Federal Reserve and the U.S. Office of the Comptroller of the Currency have directed five of the country's top banks -Bank of America, Goldman Sachs, Citigroup Inc., Morgan Stanley and JPMorgan Chase & Co. - to develop plans for preventing a collapse if they once again faced serious problems because they wouldn't be able to count on government assistance.


The program, which began in 2010 and was largely kept secret, is in addition to "living wills" banks were instructed to craft plans to help regulators dismantle them should they actually fail. The revelations "show how hard regulators are working to ensure that banks have plans for worst-case scenarios and can act rationally in times of distress," Reuters reported.


The documents said the banks were initially told to develop "recovery plans" two years ago. Government regulators told banks to consider dramatic efforts in any planning to stave off a collapse during tough economic times, to include the selling off of businesses, locating other funding sources if they are shut out from regular borrowing markets and otherwise reducing risky ventures.


Any plan should be flexible enough to launch within three to six months, the documents showed, and banks were to "make no assumption of extraordinary support from the public sector," meaning, in all likelihood, another taxpayer-funded bailout like the one they received in 2007-2008.


Not surprisingly, Reuters reported, officials from the Federal Reserve and the five named banks refused to comment.


Bank recovery plans are different from the living wills, which are also known as "resolution plans," required under provisions of the 2010 Dodd-Frank financial reform law. The living wills seek to eliminate bailouts of too-big-to-fail banks by demonstrating how they could self-liquidate without damaging or threatening the nation's financial infrastructure.


"Recovery plans are about protecting the crown jewels," Paul Cantwell, a managing director at consulting firm Alvarez & Marsal, told Reuters. "It's about, 'How do I sell off non-core assets?' The priority is to the shareholders. A resolution plan is about protecting the system, taxpayers and creditors."

The plans are being utilized by regulators as part of their ongoing supervisory role.


"Recovery plans required of the largest banks are helpful in ensuring banks and regulators are prepared to manage periods of severe financial distress or instability affecting the banking sector," said Mike Brosnan, senior deputy comptroller for large banks at the OCC. He told the newswire his agency continually evaluates all contingency measures as part of living will requirements for large U.S. banks and financial institutions.


Documents show that, over the summer thus far, nine global banks have submitted living wills to the Fed and the Federal Deposit Insurance Corp.; regulators have since released the public portion of those documents
.

But the recovery plans requested a couple of years ago had thus far received almost no publicity. "The names of the banks required to submit them have not been previously disclosed, and Reuters obtained them only through a Freedom of Information Act request," the newswire reported.


Fed officials supplied letters requesting the plans from the banks - not the actual plans because regulators declared them to be confidential since they were supervisory in nature. In all, the Fed said it withheld 5,100 pages of documents.


The report said recovery plans have been mentioned in public in the past, but only briefly and without specifics. During congressional testimony in July 2010, Fed Governor Daniel Tarullo said only that the "largest internationally active U.S. banking organizations" were developing recovery plans, an effort prompted and led by the Financial Stability Board, which coordinates international regulators.


If anything, the disclosure of these planning details should give heart to American taxpayers who, from the sound of it, won't be on the hook for any future bank failures.

http://www.naturalnews.com/036813_banks_financial_collapse_derivatives_meltdown.html#ixzz23eSKVrXp
Posted by arclein at 12:00 AM