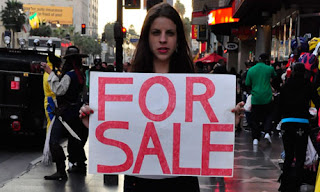 This story caught my interest after reading the story in Epoch times that effectively claimed that Bo and company were in the business of selling cadavers for the medical market. The sheer volume implied made that part of the story lack credibility. So it is with some interest we discover that an end market does exist and that the going gross value is at a minimum $250,000. That is more than enough to make the Bo slander story creditable. Way more important is the organized nature implied.

We have a ready after market, an obvious supply issue that can not be satisfied easily by anything that looks like a traditional source, and a Chinese criminal justice system quite happy to lubricate the supply.

I have seen plenty of rumors saying as much, but we now have hard numbers to put to the value proposition. Just as obvious, no-one wishes to talk about it or to examine too closely the provenance of medical products. I do not think anything anyone says will actually end it all anyway.

The good news is that medical science is well on the way to eliminating any need for this feedstock within the next twenty years.


How much is a body worth? I set out to find out


For the most part, it's illegal to sell your body in Britain. But, in fact, there are various legal ways human body parts can be sold that don't involve waking up in a bath of ice with a kidney missing. In a research experiment, I tried to see how much of the human body can lawfully be put up for sale: by trying to sell as much of my own body as I could. It turns out pretty much everything God gave us can be sold.

Why would I do this? Body parts are sold on the black market because there's often a genuine medical need. This year, 1,000 people in the UK will die on the organ transplant list. Couples unable to conceive wait years for donations of egg or sperm. Some doctors argue that a legal market for life-giving body parts should to be created in order to increase donations. But there are enormous ethical concerns and so far the government has refused to allow any kind of financial incentive for donors, apart from allowing some expenses. I investigated whether the law is hindering a legitimate market, firstly looking at what's already on sale here in Britain – and whether the price is reasonable.

Sex is the most obvious thing to sell. While I wasn't prepared to prostitute myself, I "rented" my body out as a lapdancer. Working at a London strip joint, I found that pole dances are given away for free, but nude lapdances start at £20. The sales pitch to prospective dancers is that you can earn £1,000 a night – but it turns out this kind of money is a rarity. Lapdancers only make such amounts if get a customer to hire them by the hour. For that you earn £500 – but the club takes 20%. On top of that, they'll take a £100 fee from dancers just for showing up.

So I tried to sell my hair. I was quoted £50 by a hairdresser in London that specialises in harvesting human hair to make wigs for chemotherapy patients. I was hoping they'd offer me considerably more, given that wigs can sell for £1,000.

The British pharmaceutical industry uses many bodily fluids to test new drugs, and I was hopeful for a decent sale upon learning they pay up to £1,750 for 1ml of blister fluid, £1,000 for a cup of saliva and £1,600 for a gram of earwax. But the prices are paid to intermediaries, "virtual tissuebanks" who source samples from around the world. Strictly speaking, the money isn't for the tissue itself, it's for refrigeration, licence fees and research, but given companies are for-profit I was sure some money should go to donors. The best offer I got was £30 for some blood. Another clinic would have paid me £50 for some skin – if I had psoriasis. However, every clinic told me that officially money is only "compensation for my time" because the law in the UK is so strict about selling any body parts. In Britain, it's not donors who are making the money.

A decent earner turned out to be an auction website for people who buy bodily fluids for sexual purposes: imagine eBay, but for fetishists. Here, one can sell anything. Human urine is about £30 a pot, breast milk £5, even fingernails and faeces do their own roaring trade. One man offered me £1,000 a year for manicure videos.

It's paradoxical that it's possible to sell one's body for a variety of "specialised" purposes, and yet it's virtually impossible to do so for legitimate reasons, such as for medical research. Many in the pharmaceutical industry are hugely critical of the Human Tissue Act which governs what's permissible to sell for medical purposes. They say it's unfeasible for companies to recruit donors in Britain, and so they're forced to import tissue from overseas, notably American biobank repositories.

My most valuable sale item was eggs. In the UK, they only allow donors £750 compensation, which means almost no donors come forward – and many desperate prospective parents are driven overseas to buy eggs. But in the US, thousands of women sell eggs – it's a mainstream market.

One egg broker agreed to fly me to California for retrieval. It's a fiercely competitive industry, egg-selling, and only the best-looking and most intelligent women get top dollar – up to $15,000. Unfortunately, because I'm 32 years old, I was told my eggs aren't worth much and I'd "only" receive $5,500. As I was handed a giant box of hormones with which to inject myself, I came to a belated realisation that perhaps the price wasn't worth it. It's troubling that the trade targets very young women, many of whom don't think through the psychological implications of doing this.

The greatest irony of all, is that my body is undoubtedly worth more dead than alive. In America, once a cadaver has been disarticulated into about 60 different tissues, the body parts are processed and made into medical products, which together are worth up to $250,000 on the open market. Some companies are listed on major stock exchanges – this is no niche market.

So by the end of my experiment, I saw some dizzying prices, but didn't end up with much in my wallet. While it's ridiculous that people who are willing to donate bodily fluids as harmless as urine and saliva for crucial medical cannot be paid, I did end up coming around to the old-fashioned idea that altruism must drive any decision to donate. Women who donate eggs, or those who choose to give away a kidney must not be coerced by money to meet their bills. I don't know the answer to the UK's terrible shortage in eggs or kidneys, but I do know that the answer is not in writing a giant cheque.

• Storm Theunissen's documentary film, What's My Body Worth?, is on More4 at 10pm, tonight, Monday 13 August