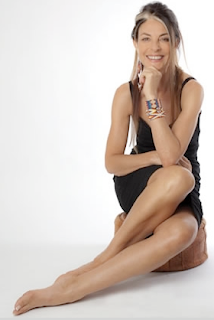 We continue to get more individual reports supporting the efficiency of imposing an alkaline regimen in order to defeat cancer. A recent posting of mine revealed a direct approach using maple sugar and baking soda to force the issue. The indirect approach is typically vegan.

This is the first such report that begins with a person who does not start with any conventional treatment at all. It turns out to be highly successful and the patient was obviously aggressive in maxing out the vitamin C. That may not have been necessary, yet it will certainly be beneficial.

What is becoming clearer, is that going alkaline is the first priority with a cancer diagnosis. It will not harm you and will certainly work against the cancer supporting all other therapies.


(NaturalNews) The story of former model Jessica Richards' battle with cancer is a remarkable one, especially because it has defected from the use of conventional treatments like chemotherapy, radiation, or surgery. In her book The Topic of Cancer, Richards explains how following a strict metabolic diet and receiving high-dose intravenous injections of vitamin C has helped successfully reverse the progression of her breast cancer, to the shock of many conventional doctors.


It is a story you will likely never hear from the mainstream media, at least not from the perspective of being taken seriously, and yet it is one that people desperately need to hear. Rather than follow in the footsteps of the millions of others who have lost their lives as a result of all the cutting, burning, and poisoning, Richards made the personal, informed decision to naturally fight breast cancer by feeding her body a plethora of cancer-fighting nutrients, and cutting out a host of cancer-causing foods and substances.


After learning that she had an unusually large tumor in one of her breasts, Richards was told by her doctors that she would need to begin an aggressive treatment protocol that involved removing the breast, having it reconstructed, and undergoing an intense series of radiation and hormone treatments to keep it at bay. Knowing a bit about the toll this would take on her body, Richards decided to take a different route.


"The cancer consultant who'd done my ultrasound scans said my tumor was so large I'd need accelerated chemotherapy for several months," writes Richards about her initial diagnosis. "He said I would almost certainly need a mastectomy or at least a large lumpectomy with significant reconstruction, my lymph nodes removed, radiotherapy and five years of hormone-altering drugs after that."


After researching alternative options, Richards decided to eliminate all dairy and sugar from her diet, including most fruits, and instead eat lots of vegetables and take high doses of vitamin C intravenously. After just three weeks of starting this regimen, which many said she was crazy to undertake at the expense of conventional treatments, scans showed that Richards' tumor had essentially "gone to sleep," and was in the process of regressing. Almost immediately after beginning the protocol, in fact, Richards began to see drastic improvements.

"I switched from a generally healthy diet to a metabolic one, focusing on alkaline over acid foods and cutting out all sugars," adds Richards. "I also cut out all grains and most fruit, which are broken down into sugars. Instead, I concentrated on leafy green vegetables, short grain rice, quinoa and linseeds, and cut out all dairy, which is pumped with artificial hormones. I also had regular high-dose infusions of vitamin C, a natural form of chemotherapy."

With the help of alternative cancer specialists, Richards has all but completely cured her cancer

After several months of adhering to her strict diet, which she admits has not always been easy, Richards was told by her consultant radiologist that her tumor was effectively breaking down in the same way as it would with intensive chemotherapy, except without all the organ damage and other deadly side effects. A little over a year after first being diagnosed with cancer, Richards was able to stop her intravenous vitamin C injections -- and not long after that was told that she was completely healthy, and would not have to return for a checkup for another year.


Today, Richards is healthier than ever, and has never once had to be blasted with radiation, poisoned with chemicals, or had a knife cut her skin.

‘I also said no to chemo’

While we often read stories from cancer survivors who have chosen the conventional route, those who have taken the natural path are so rarely given a voice.
But hearing from others who have taken the road less traveled and come out the other side can be just as important as any dietary change or treatment plan.
In the last few months I’ve received a steady stream of emails from people telling me about their own alternative cancer journeys. These stories have filled Mum and I with hope and joy and so we thought we’d share with you some of these uplifting tales.
Jessica Richards, 5-year breast cancer survivor
In May 2007, I was diagnosed with a 3.5cm Stage two invasive, ductal carcinoma (a large breast cancer), and was recommended a partial or full mastectomy and removal of lymph nodes, intensive chemo, radiotherapy and five years of drugs. Nearly five years on I’m extremely fit and well having had no medical treatment whatsoever.
I held off deciding on any particular treatment until I’d had a full diagnosis and seen the results of my tumour biopsy and lymph node biopsy. I then investigated each treatment I had been prescribed and the first thing I decided against was chemotherapy. I gradually became aware that what I was being offered was not necessarily my best option when weighed up against the risks from ‘side’ effects and the negligible benefits.
Ultimately my choice was a simple one:
A. If I’m going to live, could I face life with the long-term side effects of chemo and radiation, which would have impaired my health and wellbeing in the long term? The answer to that was, No.
B. If I’m going to die anyway, do I want to spend the last year or so of my life in and out of hospital wishing I were dead? The answer to that was again, No.
The alternative route seemed to offer me the best chance of recovery with no damaging side effects. I would like to make it very clear that I did not base any of my choices on belief. I simply made rational decisions based on the facts and evidence presented to me, in that I did everything I could to support my immune system (rather than destroy it) and at the same time, wreck the cancer environment within my body.
When family and friends eventually found out about my decision their reactions ranged from, ‘Wow you’re bold!’ to, ‘What!?!’
I would like to add here that I did everything under medical supervision. I have friends and colleagues in Harley Street where I’ve been based for 20 years and I found a very supportive consultant who agreed to monitor me. My book includes an interview with him and other members of my medical and health care team.
One of the most difficult aspects of choosing the alternative route was paying for all my treatments privately. I also had difficulty finding genuine clinics and practitioners from amongst the cranks and charlatans and those seeking to financially exploit cancer patients.
Many people assumed my situation wasn’t very serious because I didn’t lose my hair and wasn’t in and out of hospital. I found, as a result, that sometimes I wasn’t offered the same level of support as those taking the conventional route. It seems that many people think hair-loss, sickness and general illness are caused by cancer rather than the treatments they’ve endured.
I have little doubt that intravenous Vitamin C (which I had with Dr. Andre Young-Snell in Brighton) was the most vital treatment to my recovery. In fact, when I had ultra sound scans at the time, the radiologist said that the tumour was breaking down in exactly the same way that a tumour breaks down with chemo.
There’s no question in my mind that mental attitude is everything in cancer recovery and I have dedicated a chapter of my book to a step-by-step guide on how to develop the attitude to enable you to recover. It’s not what life presents to us which defines who we are but who we choose to be in relationship to it.
The one piece of advice I would offer anyone facing a receiving a cancer diagnosis is, unless you’ve been told it is a medical emergency, TAKE YOUR TIME. I believe this was the best decision I made at the beginning and, interestingly, this advice was echoed when I later interviewed my team members. When diagnosed with cancer, we are all in a serious situation but few are in an immediately urgent one. We need to get over the shock of the diagnosis before we can even begin to think about some of the very complex and critical decisions we have to make.
Jessica Richards is a leadership development specialist and author of The Topic of Cancer which can be purchased from Amazon or from her website: www.jessicarichards.co.uk

its one of the best news for her, her family and loved ones. its more than a threat and i really hope that those cancer alternative treatment centers did a great job!