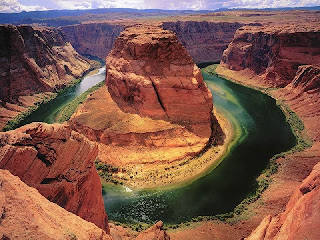 This another blast from the classic canon of geology that at least appreciates that folk tales are teaching you something even if the knowledge is profoundly local. Regrettably he appears to completely miss the reality of the demise of the Great Ice Age lifting sea levels some 300 feet including at least one sudden surge from Missoula and surely a second when Hudson Bay emptied. All this has marked up the terrain.

Mapping those changes and their inferences has not even begun and we do know that this is real. Worse, it affects every coastline everywhere and represents massive land tracts that hugely affected climate. It is a huge modeling problem that will still need to understand crustal shift to fully understand the real climate. Otherwise we need a temperate Amazon which is clearly impossible. Historically, modelers threw up their hands on this and have not revisited it since. The problem did not disappear. It is one of many that science chooses to ignore.

We have been fairly successful in integrating cultural histories into the apparent Earth history. The first rule is to listen and trust. No one passed fable to their children unless it was clearly described as such. Nor did they get it wrong in terms of their language. Our problems begin with translation.

New Book Explores 'Noah's Flood': Says Bible and Science Can Get Along

ScienceDaily (Aug. 14, 2012) — David Montgomery is a geomorphologist, a geologist who studies changes to topography over time and how geological processes shape landscapes. He has seen firsthand evidence of how the forces that have shaped Earth run counter to some significant religious beliefs

But the idea that scientific reason and religious faith are somehow at odds with each other, he said, "is, in my view, a false dichotomy."

In a new book, "The Rocks Don't Lie: A Geologist Investigates Noah's Flood" (Aug. 27, 2012, W.W. Norton), Montgomery explores the long history of religious thinking -- particularly among Christians -- on matters of geological discovery, from the writings of St. Augustine 1,700 years ago to the rise in the mid-20th century of the most recent rendering of creationism.

"The purpose is not to tweak people of faith but to remind everyone about the long history in the faith community of respecting what we can learn from observing the world," he said.

Many of the earliest geologists were clergy, he said. Nicolas Steno, considered the founder of modern geology, was a 17th century Roman Catholic priest who has achieved three of the four steps to being declared a saint in the church.

"Though there are notable conflicts between religion and science -- the famous case of Galileo Galilei, for example -- there also is a church tradition of working to reconcile biblical stories with known scientific fact," Montgomery said.

"What we hear today as the 'Christian' positions are really just one slice of a really rich pie," he said.

For nearly two centuries there has been overwhelming geological evidence that a global flood, as depicted in the story of Noah in the biblical book of Genesis, could not have happened. Not only is there not enough water in the Earth system to account for water levels above the highest mountaintop, but uniformly rising levels would not allow the water to have the erosive capabilities attributed to Noah's Flood, Montgomery said.

Some rock formations millions of years old show no evidence of such large-scale water erosion. Montgomery is convinced any such flood must have been, at best, a regional event, perhaps a catastrophic deluge in Mesopotamia. There are, in fact, Mesopotamian stories with details very similar, but predating, the biblical story of Noah's Flood.

"If your world is small enough, all floods are global," he said.

Perhaps the greatest influence in prompting him to write "The Rocks Don't Lie" was a 2002 expedition to the Tsangpo River on the Tibetan Plateau. In the fertile river valley he found evidence in sediment layers that a great lake had formed in the valley many centuries ago, not once but numerous times. Downstream he found evidence that a glacier on several occasions advanced far enough to block the river, creating the huge lake.

But ice makes an unstable dam, and over time the ice thinned and finally give way, unleashing a tremendous torrent of water down the deepest gorge in the world. It was only after piecing the story together from geological evidence that Montgomery learned that local oral traditions told of exactly this kind of great flood.

"To learn that the locals knew about it and talked about it for the last thousand years really jolted my thinking. Here was evidence that a folk tale might be reality based," he said.

He has seen evidence of huge regional floods in the scablands of Eastern Washington, carved by torrents when glacial Lake Missoula breached its ice dam in Montana and raced across the landscape, and he found Native American stories that seem to tell of this catastrophic flood.

Other flood stories dating back to the early inhabitants of the Pacific Northwest and from various islands in the Pacific Ocean, for example, likely tell of inundation by tsunamis after large earthquakes.
But he noted that in some regions of the world -- in Africa, for example -- there are no flood stories in the oral traditions because there the annual floods help sustain life rather than bring destruction.

Floods are not always responsible for major geological features. Hiking a trail from the floor of the Grand Canyon to its rim, Montgomery saw unmistakable evidence of the canyon being carved over millions of years by the flow of the Colorado River, not by a global flood several thousand years ago as some people still believe.

He describes that hike in detail in "The Rocks Don't Lie." He also explores changes in the understanding of where fossils came from, how geologists read Earth history in layers of rock, and the writings of geologists and religious authorities through the centuries.

Montgomery hopes the book might increase science literacy. He noted that a 2001 National Science Foundation survey found that more than half of American adults didn't realize that dinosaurs were extinct long before humans came along.

But he also would like to coax readers to make sense of the world through both what they believe and through what they can see for themselves, and to keep an open mind to new ideas.

"If you think you know everything, you'll never learn anything," he said.