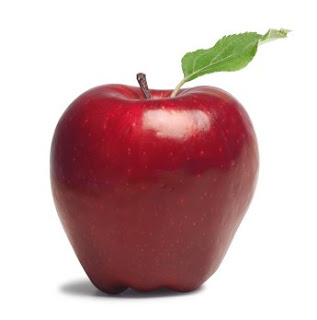 This is a product pitch ,but the real take home is that apple pectin is excellent at stripping radionuclides from the body. In addition it turns out to be a powerful harm preventer along with other fruits and cabbage family vegetable.

In fact it strongly hints that we should think in terms of eating a large meal of all this every week as a restorative tonic as a matter of course.

Such a practise’s should also eliminate any low level contamination we are exposed to. This is actually very good news as it simple protective protocol that everyone can take full advantage of.

Thus if you have the slightest concern about radioactive exposure at all, just eating plenty of apples and cabbage is an option.

Dr. Hank Liers, came out with an intestinal formula that I have been using in my family for over a year and it is a must to keep in one’s medicine cabinet, especially if one has children, who often have intestinal challenges as a matter of routine. One would think he was directed by spirit with all his formulas that so perfectly fit our needs. This one not only offers intestinal healing but is important for radiation detoxification because its second most common ingredient is pectin coming in at 400 mgs per teaspoon.

Drs. Nesterenko, A. V., Nesterenko, V. B. and Yablokov have written that pectin is one of the most effective means of protecting against radiation when consumption of contaminated food becomes unavoidable.

Pectin preparations, along with vitamins and minerals, have demonstrated a high efficiency in eliminating incorporated radionuclides. The recommended dose is five grams once or twice a day for one month, four times a year.

In 1999 the BELRAD Institute, together with “Hermes” Hmbh (Munich, Germany), developed a composition of apple pectin additives known as Vitapect® powder, made up of pectin (concentration 18-20%) supplemented with vitamins B1, B2, B6, B12, C, E, beta-carotene, folic acid, the trace elements K, Zn, Fe, and Ca, and flavoring. BELRAD has been producing this food additive, which has been approved by the Belarussian Ministry of Health, since 2000.

A clinical study of 94 children, 7-17 years of age, divided into two groups according to their initial level of Cs-137 contamination determined by whole body counting (WBC) and given Vitapect orally for 16 days (5 g twice a day), revealed both a significant decrease in incorporated Cs-137 and marked improvement in their electrocardiograms.

Based on long-term experience, the BELRAD Institute recommends that all children living in radioactive contaminated territories receive a quadruple course of oral pectin food additives annually along with their conventional food ration. Eleven years of BELRAD’s activities in controlling levels of incorporated Cs-137 in more than 327,000 children has not caused alarm in the population or radiophobia and has led to the spread of knowledge concerning radiation protection and an increased sense of personal responsibility for one’s health.

Foods containing Caffeic Acid – In a study done in India and published in the 2008 Journal of Biochemical and Molecular Toxicology, scientists investigated the radio-protective potential of caffeic acid against gamma radiation-induced cellular changes. Lymphocytes were pre-incubated with caffeic acid and controls were not. All the lymphocytes were exposed to different doses of radiation and then genetic damage and biochemical changes were measured. Gamma irradiated control lymphocytes showed a radiation dose-dependent increase in genetic damage and a significant decrease in antioxidant status. Caffeic acid pretreated lymphocytes positively modulated all radiation-induced changes. There was no damage caused to the cells whatsoever.

So which foods and herbs contain high levels of caffeic acid? Apples (An apple a day… I love the way these “old wives tales” continue to reveal their truths over the eons.), all citrus fruits, and the entire Brassicaceae family of plants that includes vegetables such as broccoli, mustard, cabbage and cauliflower.

As a dietary fiber, apple pectin is helpful in maintaining good digestive health. Pectin forms a colloidal solution in water and gels when cool. An indigestible, soluble fiber, apple pectin is a general intestinal regulator used in many healing preparations, especially as an anti-diarrheal agent. Researchers at the University of California, Davis (UCD), found that apple pectin acts as an antioxidant against the damaging portion of cholesterol in the bloodstream.

Research in Japan shows that apple pectin can decrease the chances of colon cancer. A research team at the University of Georgia found that apple pectin destroyed up to 40% of prostate cancer cells upon exposure, while other studies revealed that pectin helps in fighting lung and colon cancers. In addition, apple pectin was used after Chernobyl to extract radioactive waste from victims.

Apple pectin helps maintain intestinal balance by cleansing the intestinal tract with its soluble and insoluble fibers. Apple pectin tends to increase acidity in the large intestines and is advocated for those suffering from ulcer or colitis and for regulating blood pressure. Pectin is also effective in causing regressions in and preventing gallstones. There is also evidence that the regular use of apple pectin may lessen the severity of diabetes.

For all of these reasons I am recommending Dr. Hank Liers’ new Intestinal Rejuvenation Formula because it contains a good portion of apple pectin as well as other crucial ingredients for intestinal detoxification and safe removal of heavy metals and radioactive particles.

Intestinal Rejuvenation formula is different than the Edible Earth that I also recommend and use in my family. Edible Earth is for the long haul, offering the healing power of Mother Earth in its purest form. It is my belief that clay is one of the best substances we have for dealing with toxicity both of the nuclear and chemical kind.

I use the Intestinal Rejuvenation Formula for more acute intestinal situations and continue to recommend Edible Earth for constant daily use. It is really something very different though when you add the following substances to your intestinal cleaning during a period when maximum healing power is needed in acute situations and when protection from radiation is required.

Dr. Liers’ formula incorporates a broad range of both detoxifying and healing substances. It contains prebiotics such as inulin and spirulina that will allow the good-for-you bacteria to proliferate, kill yeast, strengthen immunity, make antibiotics, etc. The slippery elm bark and marshmallow root are soothing to an inflamed intestine. The chia seeds provide mucilage for soothing as well as essential fats for healing. The vitamin C helps to rebuild the connective tissue and acts as an antioxidant along with the rutin and is needed to trap free radicals. The psyllium and apple pectin provide soluble and insoluble fiber that pulls all kinds of toxins out of the body—including radioactive particles. The charcoal pulls organic chemicals out of the body. The ginger helps to deal with nausea. Licorice is known to strengthen immunity and softens, soothes, lubricates and nourishes the entire intestinal tract.