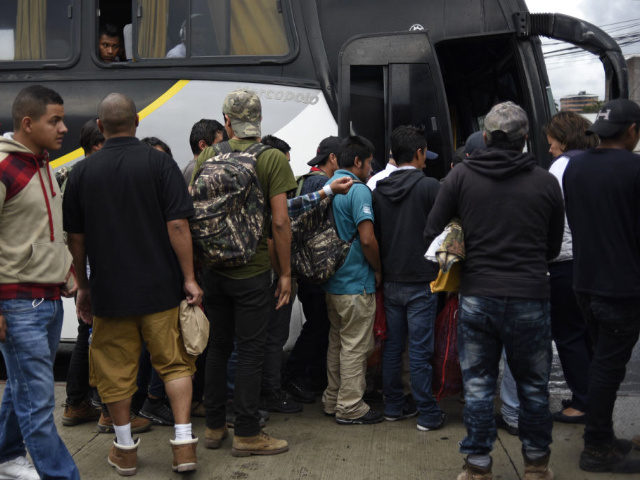 The economic reality has been that a whole lot of industry has been based on wage exploitation of illegals.  It is wrong in the same way that slavery happens to be wrong.  Ending it will not put businesses out of business but make them reprice their product and service.
There will be an adjustment period but also a response that allows in migrant workers legally who then earn competitive and legal wages as well as real credit for immigration purposes.

Who knows, perhaps we can also end gross agricultural subsidies as well.

Immigration and Customs Enforcement (ICE) is expected to conduct a mass deportation effort next week, where at least 2,000 illegal aliens who have final orders for removal will be arrested, detained, and deported from the U.S.

American taxpayers stand ready to benefit significantly from the deportation of thousands of illegal aliens, all of whom have been ordered deported and have refused to leave.


President Trump: 'We Believe America Should Be a Sanctuary for Law-Abiding Citizens, Not Criminal Aliens'

The latest analysis from the Center for Immigration Studies Director of Research Steven Camarotta compared and contrasted the cost to American taxpayers of millions of illegal aliens living in the U.S. over a lifetime and the cost of deportation.


Based on research from the National Academies of Sciences, Engineering, and Medicine, the cost of illegal aliens to American taxpayers over a lifetime is about $746.3 billion. Compare this to the cost of a single deportation, which is about $10,854 per illegal alien based on Fiscal Year 2016 totals.

Overall, deporting every illegal alien in the country would amount to a cost savings of about $622 billion over the course of a lifetime. This indicates that deporting illegal aliens is six times less costly than what it costs American taxpayers to currently subsidize the millions of illegal aliens living in the U.S.

Last year, President Trump’s administration deported more than 256,000 illegal aliens from the U.S. Assuming that the cost of deportations has been largely unchanged since the Obama administration, this would mean that last year’s deportations, alone, cost about $2.8 billion.

The latest Harvard/Harris Poll finds that a majority of Americans support Trump’s plan to mass deport illegal aliens following inaction from Congress. This includes support from more than 8-in-10 Republican voters and more than 5-in-10 swing voters.

As Breitbart News has chronicled, there are about 1.7 million illegal aliens from Central America and Mexico, alone, living in the U.S. despite already being ordered deported or having pending deportation orders.