The global market is now deep and diverse and far more resilient than imagined. What is key is that the USA is now policing clear predatory Chinese practices.  This will shift global investment directly away from China until China cleans up its behavior.

The real target is the CCP and this is timely as well.


I do not know how this will all shake out, but i do observe that the primary target of USA pressure is Iran for the present.  Pressure applied to China is meant to sting and to signal mobilization of wealth into SE Asia and particularly out of China.


All this takes time to fully bite in and there will be a pending ratcheting up coming as well.  At the same time the nimble move elsewhere by cost sensitive is in full swing and that really puts pressure on the CCP.  Plenty of crimes were committed and the USA is surely demanding restitution and the CCP has zero morel standing to object. .  .


From an office in Tijuana, Mexico, Roberto Durazo has been capitalizing on one of the biggest shifts in global trade since the end of the cold war.

His company, Ivemsa, has been helping dozens of companies move their factories out of China and other parts of Asia and into Mexico to make goods to be sold domestically and in the United States. Operating in what is known as the “shelter industry”, firms like Ivemsa help international companies operate in Mexico without having to maintain a legal entity.


“We have talked to many companies from Asia who are interested in Mexico as a platform to manufacture and send their products north to the US – that's really where the market is,” Durazo said.

“A lot of automakers are doing business here, for example Kia Motors from South Korea established a big facility in Mexico. And they moved at least 30 of their suppliers from Asia into Mexico. Their key suppliers followed them because if they don’t, they may lose the business.”

This example illustrates a wider movement that predates the trade war between China and the US, but one which experts now say is irreversible. After decades in which globalization seemed to be an unstoppable force, the trade war is accelerating a complete transformation of global trade towards a more fragmented model, and Durazo is operating at ground zero.

The post-1990 trend towards globalization was driven by the integration of cheap labor from emerging markets such as China, India and the former Soviet Union bloc nations into the world economy. This benefit was eroded as these low-cost hubs developed and their factory workers demanded better compensation.

A McKinsey Global Institute study, released this year, found that “low skill labor is becoming less important as a factor of production. Contrary to popular perception, only about 18 percent of global goods trade is now driven by labor-cost arbitrage”.

In the “first phase of globalization, the age of mass manufacturing”, Seong said, companies could ship more bulk products from A to B, but customers now have more sophisticated demands for products such as clothing and electronics. The rise of highly customized products has meant that if manufacturers want to react quickly to changes in consumer demand, a shorter supply chain is imperative.

The political risks and financial costs of the trade war over the past year have only served to accentuate what some experts are calling a “balkanization” or “deglobalization” of supply chains, with companies seeking to produce closer to their consumer markets to avoid uncertainty in the changeable trading environment, as well as to mitigate the costs of tariffs.

“Companies globally have been looking at a trend of regionalism. So you're getting investments into Eastern Europe to supply the [European Union], and investments going into Mexico to be close to the US,” said John Evans, managing director of Tractus Asia, which also works with businesses relocating from China.

At the same time, locations that were previously hotbeds of low-cost manufacturing are becoming vibrant consumer markets. As millions join the ranks of the middle classes in China, India and Southeast Asia, many companies are choosing to have localized supply chains to service them.

In China, while manufacturers have been leaving in their droves, those who wish to continue to service the 1.4 billion consumer market are keeping their production close to home. This is evident when looking at the car market, where companies such as Changan Ford produce in huge numbers in China to satisfy domestic demand. However, these plants export very little to the US, for example.


“Automobiles that [were previously] exported to China are increasingly produced within the country in order to avoid the tariffs. The tariffs are making companies not import vehicles to the market, but produce domestically,” said Bill Russo, the founder of the Shanghai-based consultancy Automobility.

Lakshman Achuthan, co-founder of the Economic Cycle Research Institute (ECRI), points to the decline in exports as a proportion of gross domestic product (GDP) in China and India, which are likely to provide the main engines of global growth in the coming decades, “partly because of the rise of the domestic consumer, as well as the growing importance of the non-manufacturing sector”. 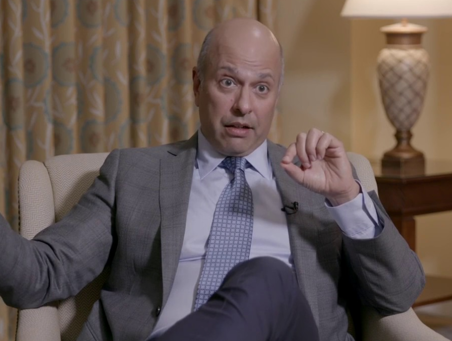 “Indeed, exports’ share of GDP has dropped from over 37 percent at the end of 2006 to under 20 percent today in China, and from nearly 29 percent seven years ago to about 20 percent in India. These trends will not soon reverse course,” he said. Regional hubs will benefit from this, as is the case with Mexico and Vietnam, which are often described as the “winners” of the first year of the trade war.

Figures recently released by the US Census Bureau showed how much the Mexican manufacturing base is being swollen by the trade war. In May, the US trade deficit with Mexico was the highest monthly reading on record, at US$9.6 billion, with imports from its southern neighbor soaring to more than US$32 billion over the course of the month. Meanwhile, Vietnam’s reported GDP growth for the first half of the year was 6.8 percent, driven largely by manufacturing exports.

However, the short-term case of Vietnam differs from its long-term trajectory. Much has been made of the migration of manufacturing out of China and into Vietnam, and since the start of this year its exports to the US have surged by almost 40 percent. This shows that many companies are using Vietnam as a means of avoiding tariffs, but that is not a sustainable solution, given that Vietnam’s capacity to support manufacturing is already at a breaking point, with land and labor prices rising fast.

Instead, Vietnam and Indonesia are viewed as a logical long-term manufacturing base for firms servicing the Southeast Asian market, especially with US President Donald Trump hanging the threat of US tariffs over Vietnam.

Meanwhile, as technology continues to develop, deglobalization will become more ingrained. With smart manufacturing and advanced robotics, it becomes less important to tap low-cost labor in distant corners of the world.


“This trend is likely to continue, but the jobs may be far fewer in number, requiring much greater education and skill levels,” said Achuthan from the ECRI. This means that should Trump succeed in bringing manufacturing back to the country, the job creation prospects will be greatly diminished.

Other innovations will also further shorten and shrink the supply chain. Electric vehicles, for instance, require fewer components than their traditional counterparts, therefore condensing the supply chain. With the advent of 3D printing, factories could theoretically print what they need locally, thereby reducing the volume of trade and deepening the lines of balkanization.

But for now, the restructuring is still a work in progress and companies like Ivemsa and Tractus Asia are benefiting.

Ivemsa’s Durazo, however, speaks like a man who has already glimpsed the future through the eyes of demanding customers


“A few hours over the border is nothing compared to a few weeks from Asia,” he said.