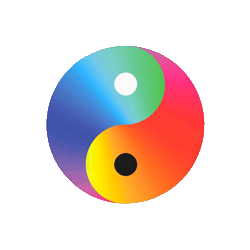 This captures the sense of how it all happened.  It allowed the pagan concept of God hood to be subsumed into an all encompassing Imperial God, then named Hesus Krishna and was used to integrate all the rites and practices to be also subsumed and into the new state religion.  This easily clarifies why we have all that baggage not ever alluded to through the discourses of Yesua.

From all that it is little surprise that the reformation focused on the actual sayings of Yesua and paid less attention to the God aspects of church doctrine. This also conflicted with Judaism as well I am sure who were hardly ever likely to accept Hesus Krishna as a God.
Curiously we today live in a world accepting the teachings of Yesua while no Pagan like doctrine of a God truly exists anymore. The universal GOD idea is the equivalent of TAO and that can be rigorously described inside the logic of our Universe as a logic operator effecting choice in TIME.

So we got to the right place anyway.  It was the reformation that reasserted the primacy of the teachings of Jesus and challenged the divine nature of the  Church to force a Church reformation as well that is still is ongoing.
.
From Bushby's The Forged Origins of the New Testament":


Constantine's intention at Nicaea was to create an entirely new god for his empire who would unite all religious factions under one deity. Presbyters were asked to debate and decide who their new god would be. Delegates argued among themselves, expressing personal motives for inclusion of particular writings that promoted the finer traits of their own special deity. Throughout the meeting, howling factions were immersed in heated debates, and the names of 53 gods were tabled for discussion. "As yet, no God had been selected by the council, and so they balloted in order to determine that matter... For one year and five months the balloting lasted..." (God's Book of Eskra, Prof. S. L. MacGuire's translation, At the end of that time, Constantine returned to the gathering to discover that the presbyters had not agreed on a new deity but had balloted down to a Salisbury, (1922, chapter xlviii, paragraphs 36, 41) shortlist of five prospects: Caesar, Krishna, Mithra, Horus and Zeus (Historia Ecclesiastica, Eusebius, c. 325). Constantine was the ruling spirit at Nicaea and he ultimately decided upon a new god for them. To involve British factions, he ruled that the name of the great Druid god, Hesus, be joined with the Eastern Saviour-god, Krishna (Krishna is Sanskrit for Christ), and thus Hesus Krishna would be the official name of the new Roman god. A vote was taken and it was with a majority show of hands (161 votes to 157) that both divinities became one God.
Following longstanding heathen custom, Constantine used the official gathering and the Roman apotheosis decree to legally deify two deities as one, and did so by democratic consent. A new god was proclaimed and "officially" ratified by Constantine (Acta Concilii Nicaeni, 1618). That purely political act of deification effectively and legally placed Hesus and Krishna among the Roman gods as one individual composite. That abstraction lent Earthly existence to amalgamated doctrines for the Empire's new religion; and because there was no letter "J" in alphabets until around the ninth century, the name subsequently evolved into "Jesus Christ".
Posted by arclein at 12:00 AM