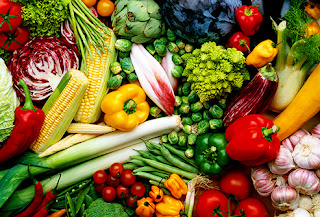 Without question we will need to transition to high quality vegetable based foods.  A key problem will be to now make them easier to consume generally.  There is a reason that kids resist vegetables.

A taste for strong spices has helped Indian food get around some of that.  We need to follow that up with new innovative spice blends completely different from the accepted ones.

Trouble is that few go to see their doctor in order to prevent disease.

So it is all on the informed to get the job done and on fitness trainers.  Again the whole industry is not really ready and the real transition will need decades..


Soon, eating healthier foods might be prescribed by doctors to avoid chronic illnesses such as cardiovascular diseases and diabetes.

A recent study found that healthy food prescription would improve people’s health, which would be more economical in the long run. In the US, Medicare and Medicaid are covering these models of healthy food prescription. These health insurance groups made use of the data provided by the National Health and Nutrition Examination Surveys for the computer simulation for sample representatives.

There were two scenarios studied. The first was coverage of 30% of fruit and vegetables while the other is covering the same amount but for a wider range of diet: fruits, vegetables, whole grains, nuts and seeds, seafood, and plant-based oil purchases. Both models were funded by the insurance groups mentioned above.

The fruit and vegetable incentive deduced a large number of cardiovascular diseases, 1.93 million to be exact. A larger number of prevented cases was recorded for the broader diet incentive 3..28 million cases of the same disease were avoided. 120,000 diabetes cases were also prevented.

The healthy food prescription did not only reduced the number of diagnosed patients but it also had an effect on healthcare utilization. This initiative amassed a total of $140 billion savings.


The data encourages subsidizing and prescribing healthy food to avoid diseases and for a more cost-effective living. Spending money on healthy food would be better than paying for hospital bills and medication. As per the popular saying goes, prevention is better than cure.
Posted by arclein at 12:00 AM