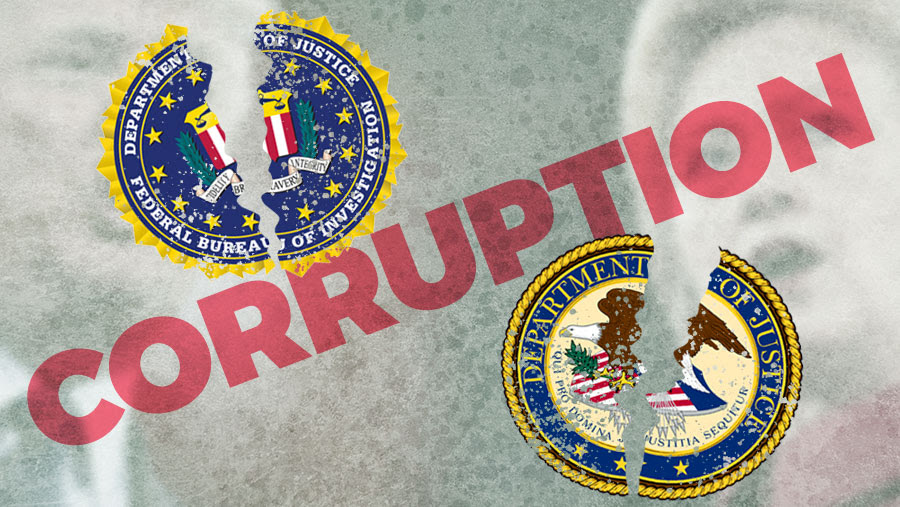 You can be sure that a lot of folks were pressured to cooperate in the first instance and well established loyalties kept them quiet.  Time and circumstance erodes that along with the well publicized rise of Barr and Durham.  All of a sudden your boss is in deep doo doo as well and is in no position to wreck your career.

Thus the rush to the exits in order to fess up what you did under 'duress'.

What this results in is an actual do over for the report itself as hard evidence is established.  There will be a lot of indictments coming from this enhanced review.

By Susan Duclos - All News PipeLine

The "timeline has slipped" on the long awaited DOJ Inspector General report of FISA abuses that Attorney General William Barr estimated would be released in May or June, due to a series of revelations of memos that had been hidden from Congress and the Inspector General Michael Horowitz, until they were exposed in May 2019, which has brought forward a number of "reluctant witnesses," at the "11th hour."

The memos were first exposed by a Freedom Of Information Act (FOIA) request by Citizens United, and while still highly redacted, they show that Deputy Assistant Secretary of State Kathleen Kavalec was told by Christopher Steele (the man behind the now discredited Steele dossier), that his "client," (Hillary Clinton campaign and the DNC) was "keen to see this information come to light prior to November 8," which was the date of the 2016 presidential election.

(If you appreciate stories like this, please consider donating to ANP to help keep us in this battle for the future of America.) 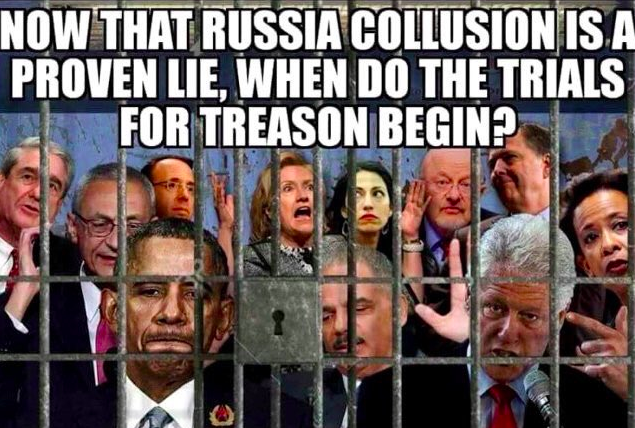 A TIMELINE AND A PAPER TRAIL

If ever there were an admission that taints the FBI’s secret warrant to surveil Donald Trump’s campaign, it sat buried for more than 2 1/2 years in the files of a high-ranking State Department official.

A paper trail, and one that high level officials did everything in their power to hide from Congress, those investigating the investigators, and the general public, by retroactively marking it as "classified," when the original memos were marked "unclassified" in 2016, in what appears to be a blatant attempt to prevent the truth from coming out.

On May 14, 2019, Solomon revealed that Kavalec then emailed the information to Special Agent Stephen Laycock, then the FBI’s section chief for Eurasian counterintelligence, eight days "before the FBI swore to the Foreign Intelligence Surveillance Court that it had no derogatory information on Steele and used his anti-Trump dossier to secure a secret surveillance warrant to investigate Trump’s possible ties to Moscow."

According to that report "Laycock immediately forwarded the information he received about Steele on Oct. 13, 2016, to the FBI team leading the Trump-Russia investigation, headed by then-fellow Special Agent Peter Strzok."

Strzok was a key player in both the Hillary Clinton email server investigation and the creation of the Trump-Russia probe. Remember Strzok and his alleged mistress former FBI counsel Lisa Page, made headlines when their anti-Trump text messages were exposed by the DOJ Inspector General, causing Strzok to be removed from Special Counsel Robert Mueller's investigation. Both Strzok and Page are no longer with the FBI.

It is unclear what, if anything, the FBI did with the information, other than hide it from the FISA court when requesting a warrant to spy on Carter Page.

Immediately after Kavalec's memo became public a member of Congress transmitted them to the DOJ's Inspector General, who it had been reported was wrapping up his investigation and preparing the written report into his findings of the year-plus investigation into the actions of multiple intelligence agencies under the Obama administration leading up to, and after, the Novemeber 2016 presidential election.

In mid-June, Representative Mark Meadows, a member of the House Oversight and Reform Committee, publicly stated that "whistleblowers" were starting to talk, and stating his belief that "indictments" are coming.

"RELUCTANT WITNESSES' AGREE TO TALK TO THE DOJ INSPECTOR GENERAL

Sources familiar with the matter said at least one witness outside the Justice Department and FBI started cooperating -- a breakthrough that came after Attorney General William Barr ordered U.S. Attorney John Durham to lead a separate investigation into the origins of the bureau’s 2016 Russia case that laid the foundation for Special Counsel Robert Mueller’s probe.

While the investigative phase of the inspector general’s long-running probe is said to be complete, the sources said recent developments required some witnesses to be reinterviewed. And while Barr testified that he expected the report into alleged Foreign Intelligence Surveillance Act (FISA) abuse to be ready in May or last month, multiple sources said the timeline has slipped.

The fact that witnesses that were not cooperative over a year ago, when the IG began his review, are suddenly agreeing to speak with the IG, after AG Barr appointed U.S. attorney, John Durham who has full prosecutorial power, to investigate, leaves us with a number of options as to why these uncooperative witnesses and whistleblowers are coming forward now.

Knowing who the IG and/or Durham, who is working in cooperation with the IG's office, have interviewed already, along with the specific line of questioning by the IG in regards to Christopher Steele, these "reluctant witnesses" may be in CYA (Cover Your A**) mode, hoping if they can provide information on higher level individuals, former or current, then perhaps their own name won't be on one of the expected criminal referrals by IG Horowitz or indictments by John Durham.

The recently exposed State Department memos about meeting with Christopher Steele, along with the "reluctant witnesses" suddenly agreeing to speak with the DOJ IG, underscores the fact that in the FBI FISA application to target Carter Page for spying, the FBI directly stated that it was the State Department that labeled Carter page as an "agent of foreign power, as shown on page #2 of the Carter Page FISA application, uploaded by The Conservative Treehouse to SCRIBD.

While many that have been observing each new revelation and connecting the dots with previously revealed information, have been focusing more on the actions of high level FBI, DOJ and CIA individuals, it appears that the DOJ IG is now going to expose the part that other agencies, such as the State Department, played as they appear to have worked hand-in-hand with the other top level officials to frame and overthrow a duly elected president.

Another option as to why these "reluctant witnesses" and whistleblowers are coming forward now could be that they already know they will be named in indictments and are looking to provide enough critical information that U.S. Attorney Durham will offer a plea deal for lesser charges.