Lawrence Solomon: Finally it’s safe for the whistleblowers of corrupted climate science to speak out 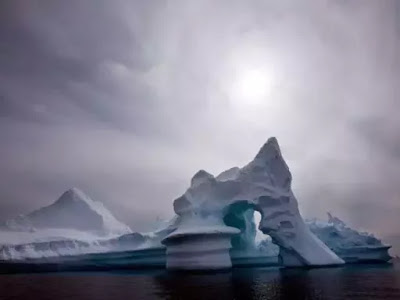 I suspect that we will now see every creditable scientist report in how they were forced to fraudulently massage data.  After all there are reputations to salvage here. I thought from the beginning that connecting global warming with CO2 to be at the least premature and then saw no improvement whatsoever in the science.  In fact it simply went the other way a little.

After all if you blithely argue that one ton of cause made an effect, you shape up to be a prize fool when mother nature absorbs a second ton of cause over twenty years and actually heads the wrong direction at the same time.

So here we are getting ready to bury the last traces of the great global warming hoax.  It is nice to no longer  need to pussyfoot around the blindingly obvious.

Lawrence Solomon: Finally it’s safe for the whistleblowers of corrupted climate science to speak out

Whistleblowers at the U.S. government’s official keeper of the global warming stats, the National Oceanic and Atmospheric Administration (NOAA), claim their agency doctored temperature data to hide the fact that global temperatures plateaued almost 20 years ago.

Can the whistleblowers be believed in this claim, originally made in 2015? And in the further claim that NOAA then rushed this doctored data into print in time for the UN’s Paris global warming summit of world leaders, to dupe any doubters that the planet was in fact overheated?

Of course the whistleblowers can be believed, and not just because NOAA repeatedly stonewalled inquiries, even failing to comply with a congressional subpoena. No one paying attention can have any doubt that the governmental global warming enterprise has been a fraud. It’s been lies from the start, starting with the very mandate of the UN’s Intergovernmental Panel on Climate Change, which astonishingly ruled out factors like the sun as being worthy of investigation.

Among those astonished was the Danish delegation to the IPCC. It discovered at one of the IPCC’s early meetings a quarter-century ago that its scientists could not present their study, newly published in the prestigious journal Science, showing a remarkable correlation between global warming and solar activity. To their further astonishment, to squelch dissent the IPCC cabal set out to destroy the reputation of its chief author, falsely accusing him of fabricating data.

Dissenters from the climate change orthodoxy soon learned that, if they refused to recant, they stood to lose their jobs, their funding, and their reputations. They also learned the corollary: to get hired, to get funded, to get promoted, they needed to produce the science the authorities wanted. Governments annually spent billions of dollars on climate change research, virtually all of it commissioned to prove that the science was settled — that man-made climate change represented an existential threat to the planet.

None of the billions spent on research amounted to anything — none of the models proved reliable, none of the predictions were borne out, none of the expected effects materialized. The Arctic ice cap hasn’t disappeared, polar bear populations haven’t declined, hurricanes haven’t become more common, malaria hasn’t spread, temperatures haven’t continued to climb. What did materialize was fraud after fraud.

Climategate — the 2009 revelations of hacked emails showing scientists labouring to manipulate data and cover their tracks — was followed by Climategate 2.0 (a second damning batch of hacked emails), by Amazongate (the revelation that the IPCC’s claim of coming devastation in the Amazon was based on non-peer-reviewed research by WWF eco-activists), Glaciergate (here the IPCC relied on speculation in a popular magazine) and other scandals.

The mega-fraud was the assertion that the science was settled, which the IPCC trumpeted with claims that 2,500 scientists from around the world endorsed its findings. Except those 2,500 — a number that was soon inflated to 3,000 and then 4,000 — didn’t endorse anything. They merely reviewed some of the studies heaved into the IPCC’s maw, many of them giving the research the thumbs down.

Likewise, a much heralded claim that 97 per cent of scientists believed the planet was overheating came from a 2008 master’s thesis by a student at the University of Illinois who obtained her results by conducting a survey of 10,257 earth scientists, then discarding the views of all but 77 of them. Of those 77 scientists, 75 thought humans contributed to climate change. The ratio 75/77 produced the 97-per-cent figure that global warming activists then touted.

In fact, major surveys show that scientists in the tens of thousands do not believe that global warming represents a threat. With the departure of president Obama and his administration, which had blocked independent investigations from being pursued, whistleblowers in greater numbers will now dare to come forward, knowing they will no longer be silenced.

One of them is Dr. John Bates, a recently retired principal scientist at NOAA, who described how his agency manipulated data to manufacture a non-existent increase in global temperatures. In a press release last week, U.S. House Science, Space, and Technology Committee chairman Lamar Smith thanked “Dr. John Bates for courageously stepping forward to tell the truth about NOAA’s senior officials playing fast and loose with the data in order to meet a politically predetermined conclusion.” This week a second press release from the same committee indicated that NOAA will be brought to account.

The blizzard of lies from NOAA and other corrupted agencies will soon be outed in excruciating detail. The greatest scientific fraud of the century will thus be laid bare, along with its craven and corrupt enablers in government, academia, industry and the media.

Lawrence Solomon is executive director of Energy Probe, a Toronto-based environmental group.
Posted by arclein at 12:00 AM