Trump’s tax returns: What did we learn? A guide to the files and the fallout 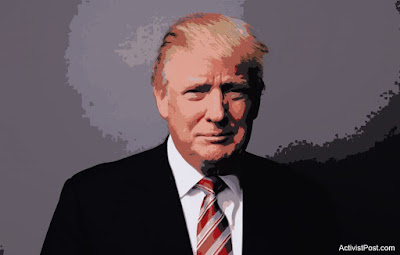 First, there is really no reason we need to be told any of this, but here is it anyway.  What is revealed though is something actually important.  His billionaire status is based on real net cash flow and not like most on the basis of stack market evaluations.  He tries but he really cannot spend the money he makes free of obligations.

He is also prudent.  There is no losing schemes whose sole value comes from tax avoidance. He learned a long time ago that paying taxes frees up tax paid cash to do with as you like, such as run for president.  He has a portfolio of well managed real estate that any insurance company would be proud to own.

This is also a snapshot in between his full recovery from the debacle he presided over around a decade earlier and to day.  His balance sheet today could easily have a billion worth of cold hard equity and the mere fact that he owns his best asset free and clear attests just that.

What current taxes may well disclose is present business arrangements that may well be proprietary for some time to come and potentially damaging to the partners involved.  He actually needs time to distance himself from all his business dealings.  Thus this leak actually is a slap in the face for those who think there is an issue here and makes the clear point that his cash flow after taxes in 2005 was equivalent to four to five billion dollars worth of government long term paper.

Trump’s tax returns: What did we learn? A guide to the files and the fallout

Two pages from the President’s 2005 tax return paint a clearer picture of his finances than the public had before, but there are still unanswered questions – and the way in which the documents were published has stirred controversy


Ms. Maddow said Tuesday that the return was mailed anonymously to Mr. Johnston. He speculated on the show that the documents could have been mailed from Mr. Trump, a known leaker of information, or his associates since they appeared to paint the president in a favourable light.

What they show about Trump’s finances

The two pages show Mr. Trump earned $153-million and paid $36.5-million in income taxes in 2005, paying a roughly 25 per cent effective tax rate thanks to a tax he has since sought to eliminate. That effective tax rate is well above the roughly 10 per cent the average American taxpayer forks over each year, but below the 27.4 per cent that taxpayers earning $1-million a year average, according to data from the Congressional Joint Committee on Taxation.

Where Donald Trump's income came from in 2005

Where Donald Trump's income came from in 2005

The pages show Mr. Trump also reported a business loss of $103-million that year, although the documents don’t provide detail. In a statement, the White House called it a “large-scale depreciation for construction,” without elaborating.

The bulk of Mr. Trump’s tax bill in 2005 was due to the Alternative Minimum Tax, a tax aimed at preventing high-income earners from paying minimal taxes. The AMT requires many taxpayers to calculate their taxes twice – once under the rules for regular income tax and then again under AMT – and then pay the higher amount. Critics say the tax has ensnared more middle-class people than intended, raising what they owe the federal government each year. Were it not for the AMT, Mr. Trump would have avoided all but a few million dollars of his 2005 tax bill.

Mr. Trump’s campaign website called for the end of the AMT, which is expected to bring in more than $350-billion in revenues from 2016 to 2025.

How that fits with what we knew before

Mr. Trump’s tax returns have been a much sought-after secret, both during and after the election. As a candidate and as president, Mr. Trump refused to release his tax returns, breaking a decades-long tradition.

The hefty business loss shown in the 2005 returns appears to be a continued benefit from his use of a tax loophole in the 1990s, which allowed him to deduct previous losses in future years. In 1995, Mr. Trump reported a loss of more than $900-million, largely as a result of financial turmoil at his casinos. Tax records obtained by The New York Times last year showed the losses were so large they could have allowed Mr. Trump to avoid paying taxes for up to 18 years. But Mr. Trump’s 2005 filing adds to what we know by showing the AMT prevented him from realizing the full benefit of those deductions.

Although he initially promised to release his tax returns as a candidate, he later claimed he was under audit by the Internal Revenue Service and said his attorneys had advised against it – though experts and IRS officials said such audits don’t bar taxpayers from releasing their returns. Mr. Trump long insisted the American public wasn’t interested in his returns and said little could be learned from them.

But Mr. Trump’s full returns would contain key details about things like his charitable giving, his income sources, the type of deductions he claimed, how much he earned from his assets and what strategies he used to reduce his tax bill. The issue was a major point of attack from his election rival, Hillary Clinton, who suggested Mr. Trump had something to hide.