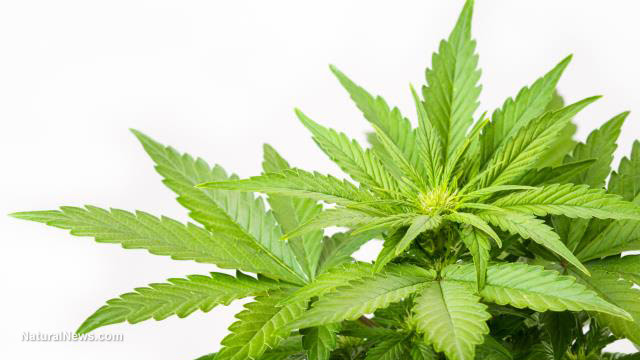 This is important.  Recall that i support the use of cannabis in juice form and THC free unless otherwise indicated.  This work supports the use of such a protocol for the aging in particular.  Getting high has always been a lousy reason for anything.  Staying healthy and in peak performance is an excellent reason to drink the juice.

This is not properly available yet but this looks to change rather quickly regardless of the political noise in the USA  somewhere someone will adopt this protocol and the improvements will be obvious.

(Natural News) When it comes to health, “cannabis” is the new buzzword. While this all-natural remedy has been around for thousands of years, scientists are still learning about its many different uses, including the impact it has on human health.

So far, research has taught us that cannabis may be effective for combating cancer, reducing and/or eliminating seizures, managing pain and inflammation, and treating neurodegenerative disorders such as Parkinson’s disease and Alzheimer’s. Cannabis may very well have more health benefits than any man-made or natural substance found on Earth.

The reason the plant is so effective as a medicine in humans, is because it interacts with a physiological system called the Endocannabinoid System (ECS), which is a “complex network of receptors that acts like a dimmer switch to all other activity in the body,” explains Collective Evolution.

Hemp is also known to help support good health. CBD oils made from hemp are growing in popularity, but they aren’t all created equal — CBD content can vary wildly. The Health Ranger’s very own CWC Labs has launched independent testing for CBD oil, so you can be sure that your product is authentic.

The human body was naturally built to interact with cannabis

“This means when there is too much or too little activity going on somewhere, the ECS kicks in and brings it back into equilibrium. Our bodies are filled with ECS receptors that are perfect fits both for our own natural chemicals called endocannabinoids and also for the ones coming from plants such as cannabis.”

Human exposure to plant cannabinoids helps balance our ECS when it becomes weakened, reducing the risk of certain diseases. These ailments are often caused by inflammation in the body. Research shows that chronic inflammation leads to all sorts of health problems, including autoimmune diseases, rheumatoid arthritis, heart disease, Parkinson’s and Alzheimer’s.

When our bodies are exposed to cannabis, cytokines that cause inflammation are reduced. Fatty acid amidohydrolase, an enzyme that destroys the body’s natural anti-inflammatory endocannabinoid Anandamide, is also reduced, which in turn alleviates inflammation.

In addition to relieving inflammation, cannabis also acts as a powerful antioxidant. Our bodies are constantly subjected to environmental factors that induce oxidative stress, resulting in free radicals that may disrupt important cellular processes. This may result in a variety of health conditions such as heart disease, cancer, early aging and neurodegenerative disorders.

Introducing cannabis into the body may therefore eliminate or even prevent the onset of ailments caused by oxidative stress.

Could fibromyalgia and other hard-to-explain diseases be caused by a deficient ECS?

Some theorize that this natural plant may be capable of preventing and curing mysterious diseases. Dr. Ethan Russo suggests that illnesses like Irritable Bowel Syndrome (IBS), fibromyalgia and migraines could be a result of a deficient ECS.

“If you don’t have enough endocannabinoids you have pain where there shouldn’t be pain. You would be sick, meaning nauseated. You would have a lowered seizure threshold. And just a whole litany of other problems,” Russo said. [ !!! arclein]

The ECS is responsible for regulation all sorts of daily processes that take place within the human body.

“The health of the ECS is vital for homeostasis – the stable functioning of all our physiological processes, including appetite, sensitivity to pain, emotions, bone growth, fertility and so much more,” reported Green Flower.

Interestingly, the human body actually produces its own supply of cannabinoids, or endocannabinoids; however, as Green Flower explains, it’s often not enough to keep the ECS functioning optimally.

“We are finding that endocannabinoid deficiencies are the root of many types of illness, be it physical or mental. This is where cannabis comes in. The major cannabinoids in this plant work in concert with the ECS to promote the homeostasis that we depend on to thrive.”

Furthermore, cannabis intake in humans is known to reduce mental disorders such as anxiety, as well as promoting youthful skin and healthy joints, regulating blood sugar levels, fighting cancer, strengthening bones and improving brain health.
Posted by arclein at 12:00 AM