Why Some Animals Live Longer 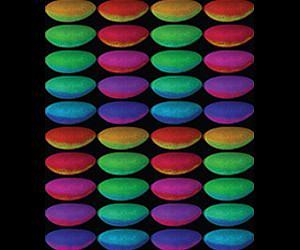 This will surely give excellent direction to research in this field.  Longevity research is beginning to get legs simply because there is a sense that a lot of the problem can be solved a lot easier than ever expected.  We have a chance here when cancer research bogged down in blind alleys for years.

Certainly our understanding of the damage done by ill considered eating habits is becoming clearer and this is also encouraging the public to expect a longer life span of some sort.

Certainly, way more folks will be seeing their hundredth birthday that ever before.  The pressing question is whether it is possible to remove senescent cells on the way so that we are able to conduct work.  I suspect it is possible and even that it may be easy.  The removal of such cells should also trigger a jump in growth hormones in order to replace those removed cells and so on.

We know serious longevity exists in a number of creatures as complex as we are.  It can not be that hard and we are now starting to seriously look for answers.

Scientists at the University of Liverpool have developed a new method to detect proteins associated with longevity, which helps further our understanding into why some animals live longer than others.

The team looked at the genome of more than 30 mammalian species to identify proteins that evolve in connection with the longevity of a species. They found that a protein, important in responding to DNA damage, evolves and mutates in a non-random way in species that are longer-lived, suggesting that it is changing for a specific purpose. They found a similar pattern in proteins associated with metabolism, cholesterol and pathways involved in the recycling of proteins.

Findings show that if certain proteins are being selected by evolution to change in long-lived mammals like humans and elephants, then it is possible that these species have optimised pathways that repair molecular damage, compared to shorter-lived animals, such as mice.

The study, led by Dr Joao Pedro Magalhaes and postgraduate student, Yang Li, is the first to show evolutionary patterns in biological repair systems in long-lived animals and could, in the future, be used to help develop anti-ageing interventions by identifying proteins in long-lived species that better respond to, for example, DNA damage.

Proteins associated with the degradation of damaged proteins, a process that has been connected to ageing, were also linked with the evolution of longevity in mammals.

Dr Magalhaes, from the University's Institute of Integrative Biology, said: "The genetic basis for longevity differences between species remains a major puzzle of biology. A mouse lives less than five years and yet humans can live to over 100 for example. If we can identify the proteins that allow some species to live longer than others we could use this knowledge to improve human health and slow the ageing process.

"We developed a method to detect proteins whose molecular evolution correlates with longevity of a species. The proteins we detected changed in a particular pattern, suggesting that evolution of these proteins was not by accident, but rather by design to cope with the biological processes impacted by ageing, such as DNA damage. The results suggest that long-lived animals were able to optimise bodily repair which will help them fend off the ageing process."
Posted by arclein at 12:01 AM