One Drug to Shrink All Tumors 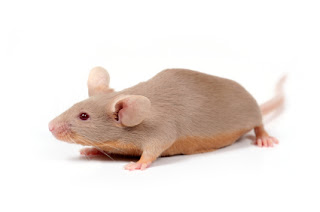 The explosion of biological knowledge continues and here we have an anti cancer protocol that is clearly specific to cancer cells.  It may also be more benign that more radical methods that usually relies on removal in one fell swoop.  This protocol promises to simply erode away the problem while interdicting attempts to disperse.

It does not have the elegance of the nanogold solution which takes advantage of a tumor’s enlarged access, nor of natural methods that depend on developing an alkaline blood system to suppress tumors.  Yet it appears to target a new weakness that just may be good enough if we are really lucky.

As posted before, I am looking today at solutions to the biological mystery of tumors.  That was never possible.  I actually think the problem is now a solved problem that is today waiting for the appropriate tests to be completed and approvals to be granted.

One Drug to Shrink All Tumors

Survivor. When mice with human tumors received doses of anti-CD47, which sets the immune system against tumor cells, the cancers shrank and disappeared.

A single drug can shrink or cure human breast, ovary, colon, bladder, brain, liver, and prostate tumors that have been transplanted into mice, researchers have found. The treatment, an antibody that blocks a "do not eat" signal normally displayed on tumor cells, coaxes the immune system to destroy the cancer cells.

A decade ago, biologist Irving Weissman of the of Medicine in , discovered that leukemia cells produce higher levels of a protein called CD47 than do healthy cells. CD47, he and other scientists found, is also displayed on healthy blood cells; it's a marker that blocks the immune system from destroying them as they circulate. Cancers take advantage of this flag to trick the immune system into ignoring them. In the past few years, Weissman's lab showed that blocking CD47 with an antibody cured some cases of lymphomas and leukemias in mice by stimulating the immune system to recognize the cancer cells as invaders. Now, he and colleagues have shown that the CD47-blocking antibody may have a far wider impact than just blood cancers.

"What we've shown is that CD47 isn't just important on leukemias and lymphomas," says Weissman. "It's on every single human primary tumor that we tested." Moreover, Weissman's lab found that cancer cells always had higher levels of CD47 than did healthy cells. How much CD47 a tumor made could predict the survival odds of a patient.
To determine whether blocking CD47 was beneficial, the scientists exposed tumor cells to macrophages, a type of immune cell, and anti-CD47 molecules in petri dishes. Without the drug, the macrophages ignored the cancerous cells. But when the CD47 was present, the macrophages engulfed and destroyed cancer cells from all tumor types.

Next, the team transplanted human tumors into the feet of mice, where tumors can be easily monitored. When they treated the rodents with anti-CD47, the tumors shrank and did not spread to the rest of the body. In mice given human bladder cancer tumors, for example, 10 of 10 untreated mice had cancer that spread to their lymph nodes. Only one of 10 mice treated with anti-CD47 had a lymph node with signs of cancer. Moreover, the implanted tumor often got smaller after treatment -- colon cancers transplanted into the mice shrank to less than one-third of their original size, on average. And in five mice with breast cancer tumors, anti-CD47 eliminated all signs of the cancer cells, and the animals remained cancer-free 4 months after the treatment stopped.

"We showed that even after the tumor has taken hold, the antibody can either cure the tumor or slow its growth and prevent metastasis," says Weissman.

Although macrophages also attacked blood cells expressing CD47 when mice were given the antibody, the researchers found that the decrease in blood cells was short-lived; the animals turned up production of new blood cells to replace those they lost from the treatment, the team reports online today in the Proceedings of the National Academy of Sciences.

Cancer researcher Tyler Jacks of the Massachusetts Institute of Technology in says that although the new study is promising, more research is needed to see whether the results hold true in humans. "The microenvironment of a real tumor is quite a bit more complicated than the microenvironment of a transplanted tumor," he notes, "and it's possible that a real tumor has additional immune suppressing effects."

Weissman's team has received a $20 million grant from the California Institute for Regenerative Medicine to move the findings from mouse studies to human safety tests. "We have enough data already," says Weissman, "that I can say I'm confident that this will move to phase I human trials."
Posted by arclein at 12:01 AM