Evolution Plays the Queen of Spades 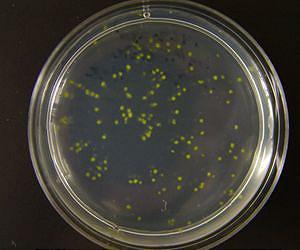 This actually explains a lot.  To start with it has been our own inclination to accept the idea that DNA retention is conservative.  Thus we view change as a positive selection choice when it may actually due to the dropping of an unneeded function.

It also allows us to rethink the process of domestication.  Domestication gives up a wide range of critical functions in exchange for the security provided by the domesticator.  This is a pretty huge alteration.  Yet they just as easily can be clawed back if it became necessary but usually with some serious loss.  We would find it difficult to recover our Baboon jaws though much else is obviously recoverable.

Thus shedding specific responsibility for one's environment onto another participant is a viable strategy that allows other strengths to be improved at even the genetic level.  The black queen rule actually works very well though it is obviously a selective tool that must have a narrow focus.  On the other hand, it also suggests the application of self directed choice far more than for the usual examples.

We have been posting on the application of a parent's choice in the enhancement of its offspring's DNA choices allowing a new niche to be penetrated.  In most cases choice best explains what happens, yet it is empirical choice in terms of what is in front of the creature, thus implying parental direction subconscious or otherwise.  It clearly allows me to explain how a  a baby camel can be born with a useful callus on its knees for kneeling.  Useful, but occurring soon enough anyway.  Yet it saves the mother the grief of maternal concern for the calf's bloody knees in the early going with no other real advantage.

A new hypothesis posed by a University of Tennessee, Knoxville, associate professor and colleagues could be a game changer in the evolution arena. The hypothesis suggests some species are surviving by discarding genes and depending on other species to play their hand. The groundbreaking "Black Queen Hypothesis" got its name from the game of Hearts.

In Hearts, the goal is to avoid "winning" the Queen of Spades (the Black Queen), which is worth a lot of points. Subsequently, players allow others to take the high-point card while they enjoy low-score tallies.

This same premise applies in evolution, the scientists say.

According to the hypothesis, evolution pushes microorganisms to lose essential functions when there is another species around to perform them. This idea counters popular evolutionary thinking that living organisms evolve by adding genes rather than discarding them.

"A common assumption about evolution is that it is directed toward increasing complexity," said Erik Zinser, associate professor of microbiology. "But we know from analysis of microbial genomes that some lineages trend toward decreasing complexity, exhibiting a net loss of genes relative to their ancestor."

Zinser's opinion piece is published in mBio, the online open-access journal of the American Society for Microbiology. Jeffrey Morris and Richard Lenski of Michigan State University are co-authors. Morris was Zinser's doctoral student at UT.

"This marine microorganism continued to mystify us because it is the most common photosynthetic organism on Earth, but it is extremely difficult to grow in pure culture," Zinser said. "A major reason for this difficulty is that Prochlorococcus is very sensitive to reactive oxygen species such as hydrogen peroxide and relies on other bacteria to protect them by breaking down these toxic substances for them."

Prochlorococcus had once performed this function itself, but natural selection decided it was too costly, like carrying the Queen of Spades, and discarded this ability. Instead Prochlorococcus benefits from the hard work of others within its community allowing it to concentrate its energies elsewhere-such as multiplying.

The hypothesis offers a new way of looking at complicated, interdependent communities of microorganisms.

"We know that certain microbial activities, such as hydrogen peroxide scavenging, are 'leaky,' meaning their impacts extend beyond the cell and into the environment," Zinser said. "What the hypothesis suggests is that this leakiness can drive a community toward greater interdependence, even if some members are unwitting participants in this process."

This interdependence could lend itself to vulnerabilities. The scientists say the work highlights the importance of biological diversity, because if rare members are lost, "the consequences for the community could be disastrous." This would be analogous to attempting to play Hearts without the Queen of Spades.

Currently, the hypothesis is limited to microorganisms, but Zinser thinks the hypothesis could be extended to larger free-living organisms. All that is needed is a card which no player wants yet is crucial for the game to be played.
Posted by arclein at 12:01 AM

I am beginning to believe that I live in a world of mind numbing stupid. Yes, evolution does favor complexity, but it does not work on a single level It works at the genetic, cellular, organism, and tribe. levels simultaneously.

Apparently the author, (How did he ever get a degree?) is not aware of this. His idea of evolution and complexity is as wrong as the creationists ideas about entropy and equally symplistic