America is in Decline With Conrad Black 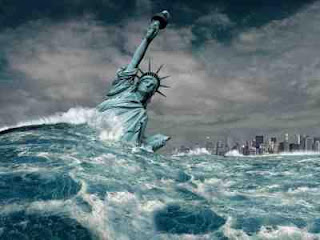 Conrad Black is trained in history and is an accomplished historian who has written intensive biographies of important American Presidents.  He has every right to make the case for American decline as a sharp poke to focus the minds of his listeners.  Today none of us think this decline is irreversible.    However folks,  Obama has had his shot and it is time to see him off.  His specific failure is outright economic illiteracy.  He has fiddled while the inevitable consequence of Wall Street’s treason burns itself out.  Ten million freshly unemployed have remained unemployed.  The housing industry remains unrepaired.  That is his failure and he is gone in November.

At the same time, I do think that Mitt Romney will find solutions and I am sure that these will be in place by this time next year.  The best advice I can give you today is to buy into the Romney bull market.  It will soon be obvious.

If we are extremely lucky, he has the imagination and knowledge to implement the structural changes so desperately needed in the .  I will not list them here, but they have been covered in this blog and can be dug out by the determined reader.  I really do not see the big fixes with Mitt but then we do not know him and I think he is a lot smarter than is apparent.  The chances are actually rather good although it is unlikely I will ever get a chance to argue the cases to ensure proper consideration.

Conrad Black: is in decline

Prominent public intellectuals in the are becoming increasingly vocal in their protestations that their country is not in decline. Robert Kagan militates in his latest book that the United States is still by far the most powerful country in the world, as it has been since the latter days of the Second World War. Walter Russell Mead wrote in The Wall Street Journal last week that the problem is not one of American decline, but the decline of its principal allies, Europe and Japan; while countries that have not historically been close allies such as China, India, Turkey and Brazil, are making swift economic, and therefore, political progress.

In 1945, the accounted for half the world’s entire economic product, as all other major industrial countries, except to some extent , had been severely damaged by the war. The had a nuclear monopoly, was the founder of the United Nations (in which great hopes then reposed), and had led the world to victory over Nazism and Japanese imperialism. It was the only Great Power that in the 1930s had been led by a government that, in the aftermath of the Second World War was not shaming: neither an aggressive dictatorship nor an appeaser of them.

During his State of the Union address in January, Barack Obama said that declinists “don’t know what they are talking about.”

Decline from that pinnacle was inevitable. But it did not happen at once. Indeed, the overwhelming and relatively bloodless victory in the Cold War, the fruition of the brilliant American strategy of containment, left the United States as the only seriously Great Power in the world, a condition unique in the history of the nation-state, starting in the Middle Ages. As a result, there was, 20 years ago, a good deal of frothy (and, as it turns out, grossly premature) intellectual blather about the end of history and the political culmination of the world in democratic capitalism.

The unipolar era has not been a success for . The great irony of these 20-something post-Cold War years has been that while the United States was the indispensable country in the triumph of capitalist democracy — its preservation from 1917 to 1941, and its outright victory in the following 50 years — it is not now one of the world’s best, or even better, functioning democracies.

Under the Clinton, Bush Jr., and Obama administrations, there has been no coherent strategy to replace the previous masterly and bipartisan missions to lead the West to victory in the Second World War and in the Cold War. Bill Clinton, on the world stage, as in America, and before that in the diminutive state of Arkansas, exuded bonhomous goodwill, extended free trade to Mexico, and expanded NATO into the former Soviet Union, suavely calling it “a partnership for peace.” He moved in the Balkans, but only when the Europeans, who started by calling the challenge posed by Bosnian massacres “The hour of Europe,” fell on their faces and started crying like frightened little pigs for America to end ethnic cleansing in the former Yugoslavia. And even then, nothing would have happened if the Republican leader in the Senate, Robert Dole, a bravely wounded veteran of the European theatre in the Second World War, had not legislated military orders (lift and strike) normally in the province of the commander-in-chief. There never really was a foreign policy: His responses to the early terrorist attacks (, the African embassies, the USS Cole) were very inadequate.

George W. Bush, forced to deal with the monstrous outrage of the Sept. 11, 2001 terrorist attacks on New York and Washington, had a piercing, towel-snapping, locker room vision that since democracies do not engage in aggressive war, ergo, every country that was not already democratic should be propelled by the scruff of the neck and the small of the back toward democratization. Thus did Hamas replace Fatah in ; the Muslim Brotherhood, (whose adherents had proudly murdered Anwar Sadat) is replacing Hosni Mubarak in ; terrorist chaos is replacing Saleh in ; and Hezbollah has more or less taken over from the Syrians in . Trillions of dollars have been spent, along with over 6,000 American lives, in and , and it would be impetuous to forecast comparative stability and enlightenment in the near future of either country.

Presidents Bush and Obama have done well uprooting and killing terrorists, and generally keeping them out of America, but Obama’s fiercest supporters apparently believed that all grievances in the Muslim, African, South Asian and Oriental countries against America could be resolved almost instantly because the U.S. government was no longer directed by a Caucasian of wholly Judeo-Christian background. Two flatteringly revisionist speeches in and and an absurdly exaggerated bow to the Mikado in , and presto, all would be well. George W. Bush’s mindless championship of democracy in infertile ground gave way to Obama’s pseudo-realistic appeasement of ; carpet cold water-bombing of the Iranian democracy movement and Hillary Clinton’s initial lionization of ’s bloody-handed optometrist President Assad as a “reformer.”

In swift review, Jimmy Carter evicted the pro-Western and relatively progressive Shah of “like a dead mouse” (his national security advisor’s words), and we have had the ayatollahs since. George Bush Sr. ejected Saddam Hussein from but left him in power in . Bill Clinton proclaimed a quadruple-embargo: and as sponsors of terrorism, and and as nuclear proliferators. George W. Bush led NATO and the UN into but then decamped to . He made it up well with India, but both he and Obama have been hosed out of their under-clothing by the ragtag of slippery officers and Islamist hucksters in office in Pakistan, which has passed on hundreds of millions of dollars of American assistance to the Haqqani Taliban, which in turn has been busy murdering NATO soldiers in Afghanistan.

Obama is flirting with allowing Iran to fire the starting gun in a nuclear proliferation contest in the Middle East, while effectively assuring the Putin despotism through an open microphone that it can keep a full nuclear first-strike threat. The has spent a decade with its entire conventional ground forces military capacity mired in Near Eastern quagmires, and 15 years with bone-crushing current account deficits.

This may not amount fully to “decline” — but it is something that Messrs. Mead and Kagan have not fully accounted for in their optimistic narratives.

For good measure, under the Clinton and Bush administrations, the Western world was flooded with worthless American real estate-backed debt, largely by U.S. government order and statute, peddled by a corrupt Wall Street with the complicity of the Federal Reserve, in a massive political payoff to sleazy developers, crooked building trades unions and the spiviest elements of the New York financial community. And we have had five years of average $1.3-trillion federal budget deficits that have the effect of annual 100% increases in the country’s 2008 money supply, and there are fewer people working in the than when these mountainous deficits began. The political system is gridlocked and contemptible, and the commentariat is infested with shrieking imbeciles.

The entire public service, at all levels, has unsustainable deferred benefit levels. The state school systems are an uncompetitive shambles. Medical care, per capita, costs almost 2.5 times what it does in Australia, Canada, France, Germany, Great Britain and Japan, yet 30% of Americans have inadequate health care. And the has, on average, 10 times as many incarcerated people as those countries, and the legal cartel is strangling the country. The prison industry is a $150-billion annual money-spinner; the organ transplant business generates $20-billion a year. Presidential elections cost each party a billion dollars, and the current and recent candidates are almost wholly implausible. Most of the legislators spend two thirds of their time raising money, and the rest serving their financial backers. The , always garish and overly pecuniary, has become a chronically corrupt country.

Only twice before have there been three consecutive presidential terms as dangerously mistaken in policy terms as these last three: Fillmore, Pierce and Buchanan (1850-1861), and Harding, Coolidge, Hoover (1921-1933), and they brought on the Civil War and the Great Depression. Abraham Lincoln and Franklin D. Roosevelt were required to put the country back together.

Yes, is the world’s greatest country; and yes, some other important countries have had even more serious problems. And yes, Mr. President, your country is in decline.
It need not be irreversible, but those who have recognized this know what they are talking about after all.