Near Death Experience With Raymond Moody 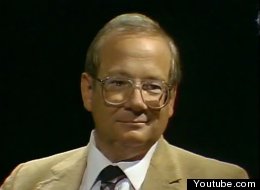 The near death experience (NDE) has now attracted attention for forty years and was hugely advanced in terms of general acceptance by the work of Raymond Moody. It has hugely served to counter the forceful aspects of the scientific paradigm which has been  used to vehemently  assault the religious paradigm over the decades of the Twentieth century in particular.  Nazism and Communism were merely the most extreme proponents of this position.  The advent of the NDE served to open up the small kernel of doubt and stop the fanaticism of the ignorant.

The NDE appears to take the consciousness into a luminous state, now been described as a luminous dream.  There is way more to it than just that of course, and much of what is claimed is at the least confounding.  An experiencer is certainly left with the comfort of the reality of an afterlife.

My own luminous dream experience allowed my consciousness to enter the abode of my mother and in the process acquire information and several unexpected insights useful to myself in filling in the blanks.  It also encouraged a raft of additional questions and a real appreciation for the reports of others however garbled.
Conjecture 1               Mankind will manufacture a distributed computer system that will be indistinct from GOD by 2050.  This will include the capacity to completely absorb and store the individual human experience and personality as an incarnate entity allowing immortality to all humanity.  This not an unreasonable proposition and supported by our ongoing experience.

This proposition does not require the existence of a mystical GOD which historical religiosity ultimately argued because the rational mind was too ignorant to argue otherwise.  During the present Age, mystical claptrap is a hard go.

Conjecture 2               Mankind has already done the job around forty thousand years ago and the task I have set myself in this blog is to amass evidence and to understand the broad outlines of what took place.  Followers of this blog know that we have made a number of testable conjectures that include the Pleistocene Nonconformity.

Since mankind has already done the job, it follows that our branch of humanity was deliberately set on Earth with the full benefit of a soul  and a short lifespan in order to do what is necessary to terraform the Earth.  Tackling ancient scriptures and other evidence with that perspective is revealing and consistent.

We have been kept in ignorance because it is easier that way.  That period is now ending.  In the meantime the whole idea of transmigration and similar doctrines start to make a lot of sense when viewed from the material perspective of GOD.  Our souls rotate down to assist in advancing the primary project of terraforming the Earth itself.

Conjecture 3               Through Meditation, NDE and luminous dreams and perhaps even trances, it is possible to fully access GOD or as I coined in my manuscript ‘Paradigms Shift’ the Ubermind.   This facility is actually addressable although it appears that experiencers often lack consciousness of this.  Usually they are in awe and lack clarity of purpose.

Theorem                     GOD exists to serve mankind.  GOD is material and created by man to serve man.  We merely need to learn to access this capacity.  Start by learning to ask the proper questions.  Edgar Cayce demonstrates some of this in his trance readings.  Living spiritual masters exist to assist although they may themselves underestimate possibilities.  Remember, there never was a mystical GOD.  GOD is real and carnate and we are plausibly about to do it all over again.

If you got this far you may wish to commune.  arclein@gmail works with GOD in the subject line.

(RNS) Raymond Moody has spent nearly 40 years looking forward, trying to understand what happens when people die. That pursuit led to the publication of "Life After Life" in 1975, a seminal collection that actually coined the term "near-death experience."

But in his new memoir, "Paranormal: My Life in Pursuit of the Afterlife," the 67-year-old Moody instead looks back, reflecting on his fascination with death, the effect of his life's work, and trying to figure out what it's all meant.

One key revelation: despite his frustrations with some religious and New Age interpretations of his work, and the fact that he does not practice a religion, the psychologist and philosopher who grew up the son of an agnostic surgeon says he has "woken up to God."

"From the very beginning (of my afterlife studies) I was hearing people with experiences, some of whom had not been religious and some of whom were, and whatever they had been before, afterward there seemed to be a sort of commonality, which is the understanding that yes, there is a God," Moody said.

The Georgia-born Moody became obsessed with the afterlife not out of religious conviction, but as a philosophy student at the .
"I was reading Plato's 'The Republic' at age 18 and I can't account fully the electricity that had for me," he said. The story of , a warrior thought dead who awoke and described going to another world, impressed him deeply.

"I felt the question of the afterlife was the black hole of the personal universe: something for which substantial proof of existence had been offered but which had not yet been explored in the proper way by scientists and philosophers," Moody writes in "Paranormal." His fascination only deepened after befriending a psychiatrist at the university, George Ritchie, who had his own near-death experience, and even felt that his experience had given him at times a "direct line with God."

Ritchie's was the first of many near death stories Moody heard. He found some commonalities: an out-of-body experience, the sensation of traveling through a tunnel, communicating with dead relatives, encountering a bright light (thought by some to be Jesus, God or an angel), and when they came back, a sense that there was truth in all the great faiths.

In "Paranormal," Moody writes that "Life After Life" was so successful -- it sold more than 10 million copies -- in part because it didn't entertain a religious bias. "People no longer had to keep it in the closet or worry about people thinking they were crazy," Moody said. "It gave us legitimate consolation."

It also ignited an ongoing crusade among some religious people and New Agers who felt "Life After Life" was proof that an afterlife existed and wanted his public endorsement for their beliefs -- something Moody has refused to do. In spite of all the stories he's heard and research he's done, he doesn't see his body of work as definitive scientific evidence that life after death truly exists.

"Religion has co-opted his field of study, and they built fences around near-death experiences he doesn't think should exist," said Paul Perry, Moody's friend and "Paranormal" co-author. "The same is true of New Agers. ... It's frustrating for Raymond to deal with who he considers fanatics."

Nevertheless, Moody said he understands why people would take comfort in his research, and why they would associate his findings with God or their religious beliefs. Moody himself frequently speaks to religious and New Age groups.

"Raymond will speak at any place he is asked to speak. It's part of how he makes his living," Perry said. "There's no place for a guy to get the word out other than New Age functions and religious functions. Science doesn't totally recognize near-death studies. ... But generally when he talks at New Age functions and churches, he's right up front about how he feels about religion and New Age philosophy, and he's going to tell people what he thinks."

The events around "Life After Life" occur about halfway through "Paranormal." Moody's memoirs also touch on his other interests of studies, like using hypnotherapy to revisit past lives, and constructing a chamber dubbed a "psychomanteum" at his home in , where patients have used crystal gazing in a bid to communicate with deceased loved ones.

These sorts of eccentric studies no doubt invite scrutiny -- Moody reveals in the book that his own father had him committed to a mental hospital after Moody shared stories of his psychomanteum. He also details his own near-death experience in "Paranormal" when he attempted suicide in 1991; Moody was suffering from an undiagnosed thyroid condition at the time which, he said, affected his mental state.

But Moody said "he is too old for secrets," and in "Paranormal," he argues that the suicide attempt made him more honest about himself and his work.

"Without it, I would lack that dimension that is not present in many doctors, the one that goes beyond knowledge and into the realm of actually being a patient," he writes.

"I don't care what other people think," Moody said of "Paranormal." "Putting it together brought back so many memories. It was a sobering and delicious experience."