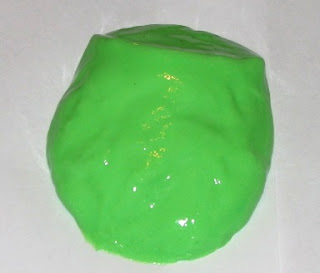 No indication is given of the object’s apparent speed but from the language it is reasonable to conclude that it was on a ballistic path and apparently slow moving as against a rapid transit made by space objects.  The glow does not appear to be burn phenomena either.  It is all perplexing.

I can use my vivid imagination and propose a large slime mold bubble containing methane descending rapidly to the lake from its normal residence in the stratosphere.  However, it appears to be much too visible.  That way I can use the swamp gas excuse of early UFO debunkers.

What we need here is a proper debriefing and a little triangulation to sort things out as to real magnitudes and distances.  It seems possible here.  A slime mold colony construct residing in the Stratosphere could easily  be hundreds of feet across and could opt to return to a water body and disassociate as part of it’s unusual life cycle.

I love my slime mold conjecture even if it is unlikely as hell. It fills all sorts of research holes.

authorities said they did not find anything after a state trooper and another witness saw a "whale-sized" object falling from the sky.

A person driving through 's northwest reportedly called authorities around 2 a.m. on Tuesday. The object was huge, the size of whale, and glowed a bright green as it fell from the sky into  , reported the Republican-American of Waterbury.

At the same, a state trooper 10 miles away in reported to dispatchers that something was falling out of the sky near Bantam or Morris. He was unable to specify the location, reported the Daily Mail.

Emergency crews traveled up and down from the air and water, searching for debris. But they did not find any signs of a crash or the mysterious flying object.

Jon Nowinski of the Smoking Gun said there have been several reports in the area of glowing objects falling to the sky, which were believed to meteors. But no one has reported any of the objects to be so big.

Nowinski told NBC that meteors or fireballs are more common this time of year because of clear skies.

residents have been seeing fireballs throughout the sky as well.NASA has observed a consistent uptick in the number of fireballs for past 30 years, reported Live Science.Fireballs are meteors that glow brighter than the planets they are approaching. These fireballs approached Earth's atmosphere during the spring when they will appear brighter as they zoom across the sky, compared to other times of year.

"The [spring fireballs'] orbits indicate they come from the main asteroid belt," said Cooke. "A lot of the smaller meteors in the fall come from comets, which are made of icy bits of dust, and they don't last long in the atmosphere. Those ones are generally not big enough to make fireballs."

Was the object in a fireball or something else?